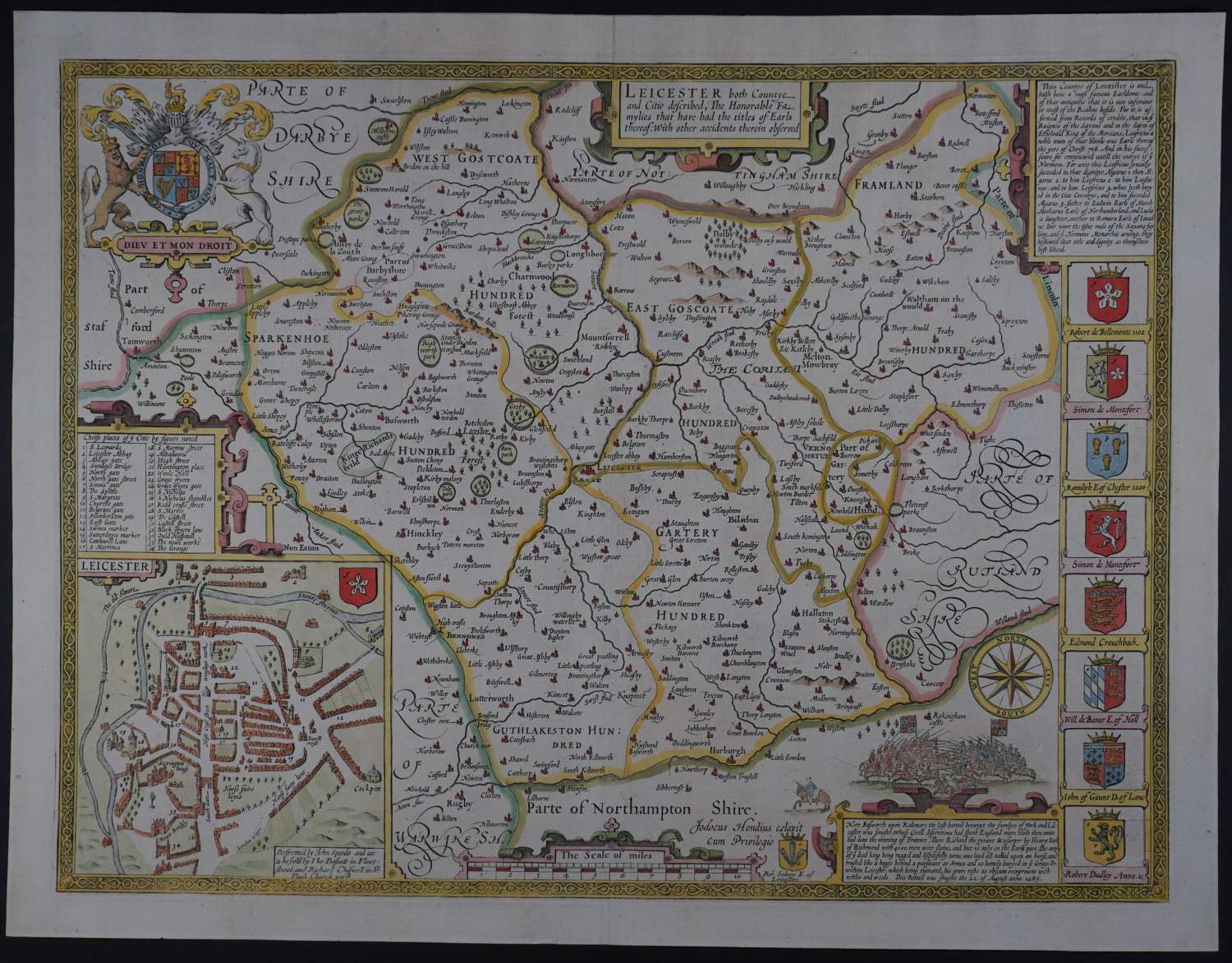 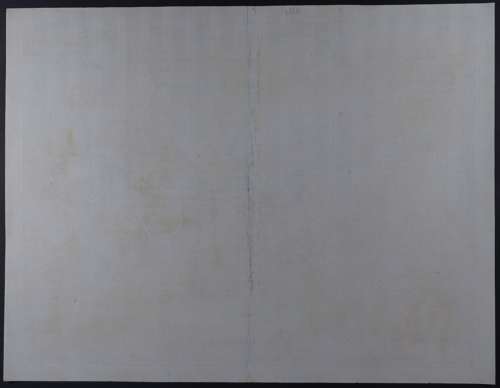 Long title:Leicester both Countye and Citie described, The Honorable Famylies that have had the titles of Earls thereof with other accidents therein observed. Engraved by Jodocus Hondius.  Copper engraving with later hand colouring.    Overall sheet size: 54.3cms x 41.8cms.   Image size: 506mm x 378mm.   Town plan of Leicester with key to the 34 chiefe place of the Citie above; royal coat of arms and 8 coats of arms below a brief history of the Countie and adjacent to a depiction of the battle of Bosworth : the last battail betwixt the familyes of York and Lancaster was fought . A vignette of the Battle of Bosworth, a battle fought on 22 August 1485 between the Houses of York and Lancaster during the Wars of the Roses, appears at bottom right with a note describing the fighting and how King Richard III was slain and then “layd all neked upon an horse, and trussed like a hogge.” BLANK BACK so no show through .  Very attractively coloured and in excellent condition.