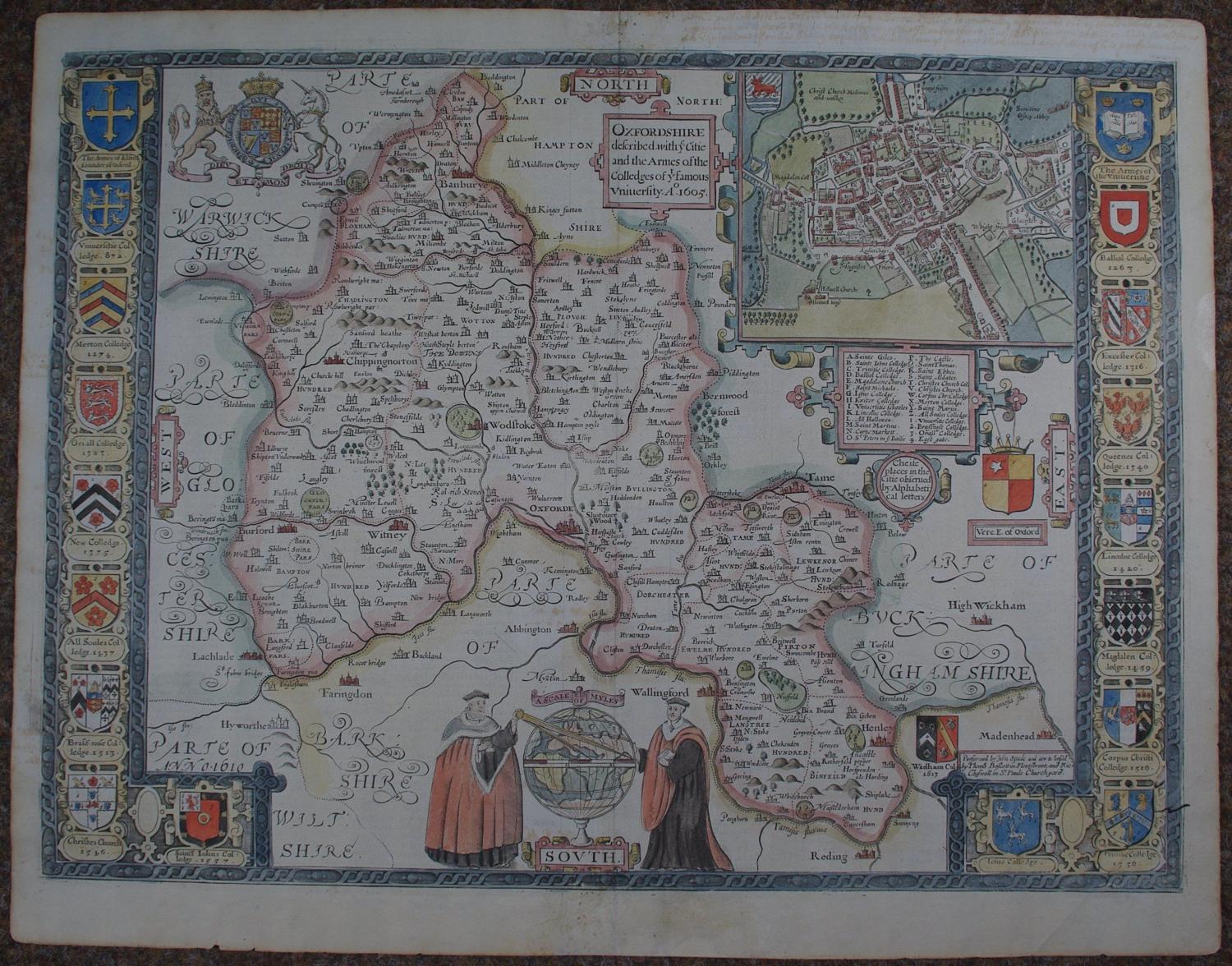 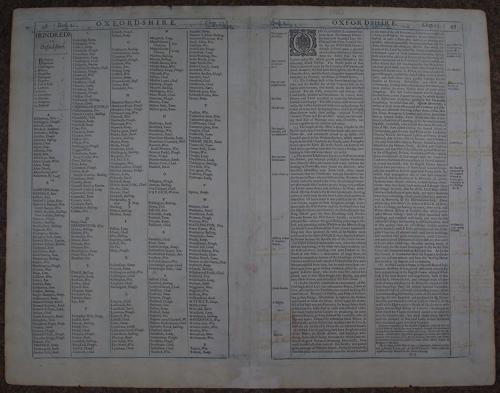 Long title:Oxfordshire described with ye Citie and the Armes of the Colledges of yt famous University ao 1605. Copper engraving, later but not modern hand colouring. Overall size : 55.8cms.x 43.5cms. Image size : 525mm.x 387mm.  A stunning map with 18 college arms around the right and left side  ; large town plan of Oxford top right with key to the colleges and places of note below.  Royal arms and arms of the Earls of Oxford are also in the map  top left and mid right respectively and bottom middle are two gowned, academic figures holding dividers indicating the scale with a globe behind.  The text on the back is in English and a delight of its own.  Speed explains that Oxford takes its name from the Saxon Foord of Oxen and states that :The blessings both of the sweet-breathing heavens, and the fruiful site of this Counties soil are so happy and fortunate, that hardly can be said whether exceeds...and he goes on to say that : both heaven and earth accorded to make the inhabitants healthful and happy ; the hills loaden with woods and cattle, the vallies burthened with corn and pasturage, by reason of many fresh springing Rivers which sportingly ther-thorow make their passage..much historical detail is given too. Faint remnants of early hand writing in margins left, top and verso right and middleand some show through of this just above Abingdon - see magnified image- small repair top and bottom of centrefold else very attractive map with early hand colour and in good condition.
Until his late thirties, John Speed was a tailor by trade but his passion for history and map-making led him to gain a patron in Sir Fulke Greville, the poet and statesman, who found him a post in the customs and helped subsidize his map-making, giving him “full liberty to express the inclination of my mind”. He became aquainted with the publisher William Camden, whose descriptive text was used by Speed for most of the maps in his atlas “The Theatre of Empire of Great Britain” published most probably in 1612 although it bears the date 1611 on the main title page. The maps were engraved in Amsterdam by Jodocus Hondius, one of the foremost engravers of his time. Speed’s maps are unique historical documents of their time and the town plans featured on the maps are in most cases the first information we have of their early apppearance. Their artistry has guaranteed the collectability of these maps in the centuries that have followed.