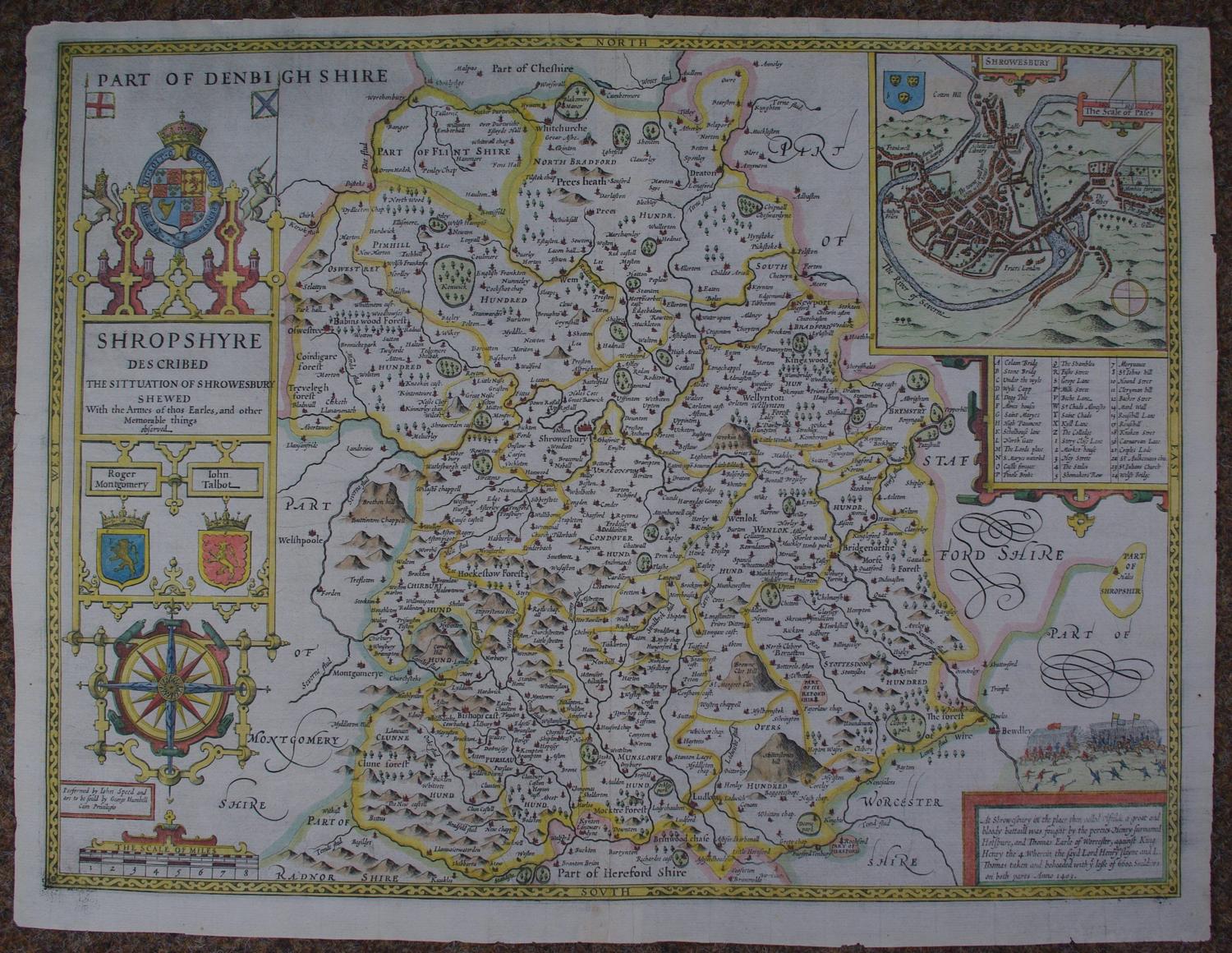 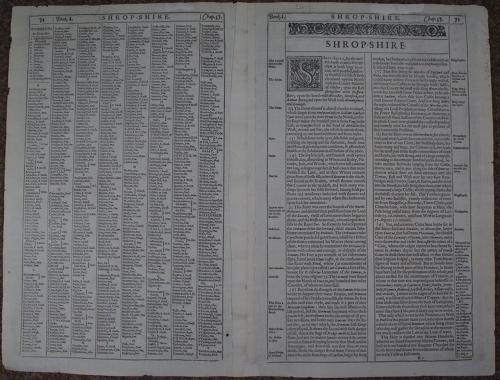 Long title: Shropshyre Described The Sittuation of Shrowesbury Shewed With the Armes of thos Earles, and other Memorable things observed Copper engraving with later but not recent  hand colouring.  Overall sheet size : 52.8cms.x 40.2cms. Image size: 508mm x 382mm.  Decorative cartouches containing county name and scale of distance at bottom left and right, respectively.  Plan of the town of Shrowesbury (Shrewsbury) with key underneath. Bottom right battle scene of Olfeilde and description thereof underneath.   English text to verso with index of places of interest and description of the county as usual. He describes it as ,’very fruitfull for life’ and ‘wholesome is the ayre, delectable and good ,yeelding the Spring and the Autumne, seed time and harvest, in a temperate condition and affordeth health to the Inhabitants in all seasons of the yeare’. He is full of praise for Shrowesburie, saying that it is ,’inferior to few of our Cities ‘ and that her ‘Citizens are rich’...fascinating reading.  Centre fold as published. One small archival strengthening bottom of centrefold and top margin on verso; a little black smudging in right margin obviously occasioned during printing so a C17th flaw else very good condition.