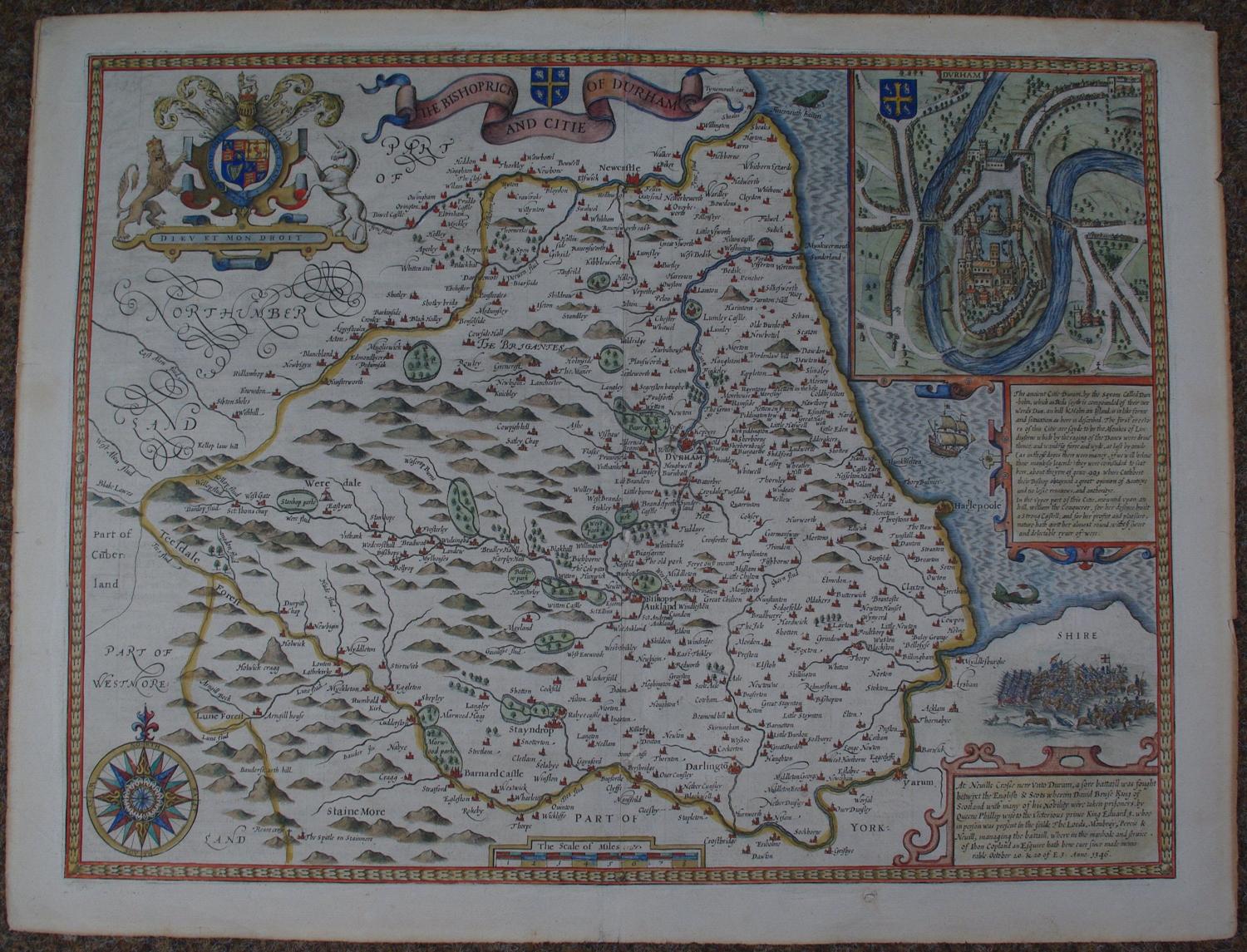 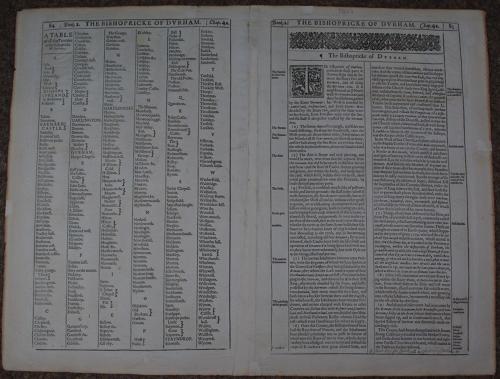 The Bishoprick and Citie of Durham by John Speed

Copper engraving with later hand colouring. Overall size : 56cms.x 42.8cms. Image size : 504mm.x 382mm. Title in cartouche, town plan of Durham. Battle of Nevilles Crosse between the English and the Scots led by David Bruse (sic) Anno 1346.. Large royal coat of arms top left; compass rose and scale of miles bottom of map.  ( English text on verso describing the history and geographical features of the county). Centre fold as issued. One repaired small area of loss at centrefold south of Durham, barely visible
and one in bottom margin; four marginal  repairs on verso not near map itself.  Strong impression, attractively coloured example of a stunning and decorative map.