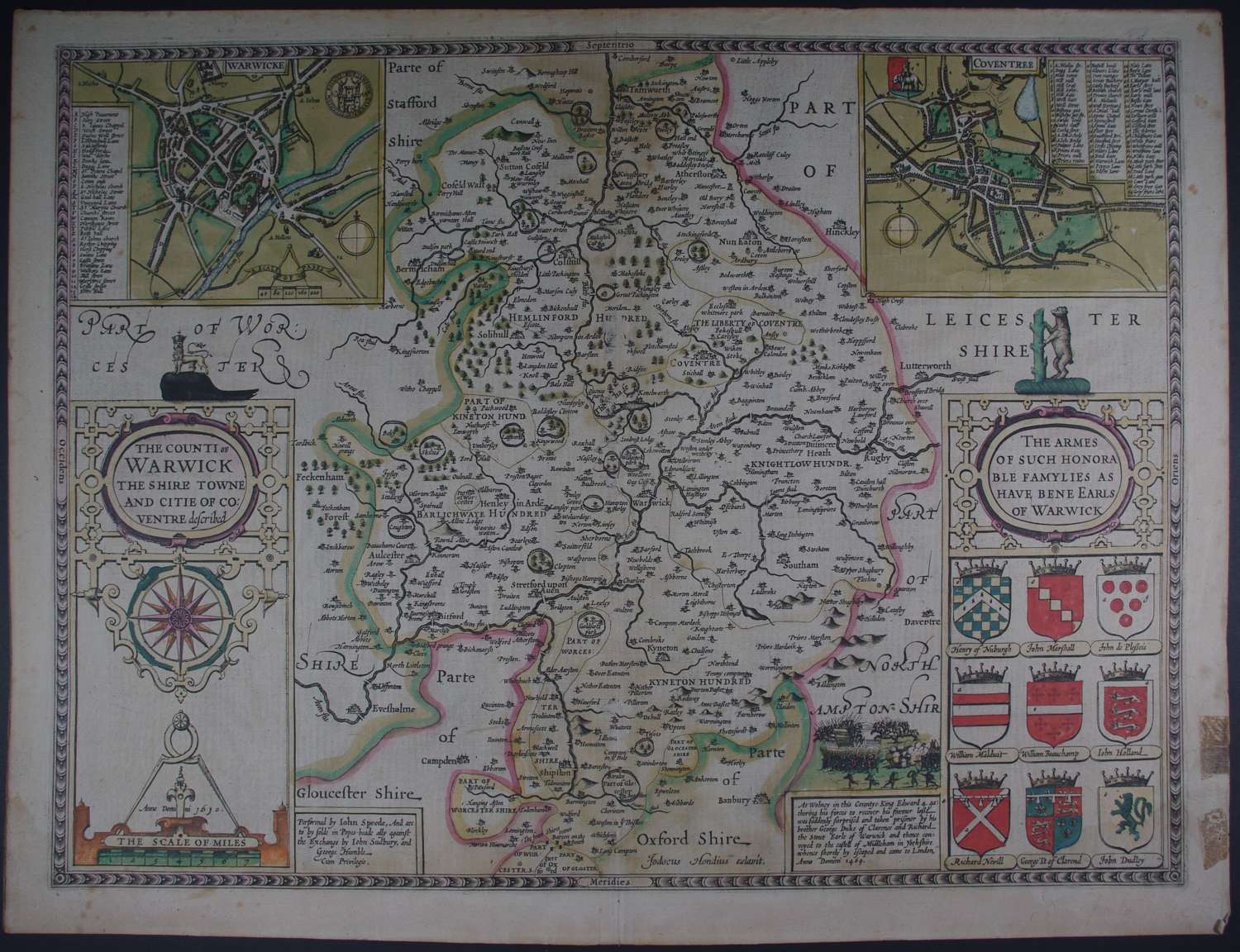 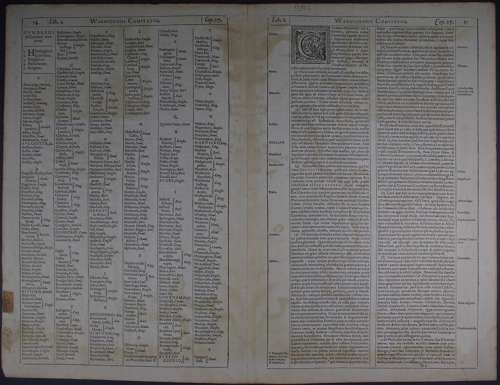 Engraved by Jodocus Hondius.  Long title: The Counti of Warwick the Shire towne and citie of Coventre described.  Published by John Sudbury and George Humble printed by Thomas Snodham.  The RAREST of all editions of John Speed including the First Edition, Latin text on verso as this edition was destined for the foreign market.   Copper engraving with ORIGINAL hand colouring.  Two town plans of Warwick and Coventry.  Overall size : 53cms x 40.3cms.   Image size : 510mm x 383mm. Title in decorative cartouche surmounted by crowned lion, compass rose beneath.  Scale of distance surmounted by dividers bottom left.  Nine coats of arms bottom right, battle with text bottom right. As one would expect from original colour, there is the outline of the green on the verso of the map, the dots being the green on the trees in the enclosed parks. Slight waterstain visible on verso bottom right corner (bottom left as you look on verso).  There is remnants of tape stain right margin and one split which ends at platemark (before neatline); spots to margin, overall toning and abrasion  at centrefold to the left of The Libertie of Coventry which results in the obscuring of a small portion of text and  similarly atcentrefold inbetween Hawford and Pilleron, see images ; darkening in Oxfordshire. Pinprick top and bottom of centrefold as with the First Edition and believed to be a direction to the binder.  A beautiful, rare map in original condition with uncommon contemporary  hand colouring in good condition.