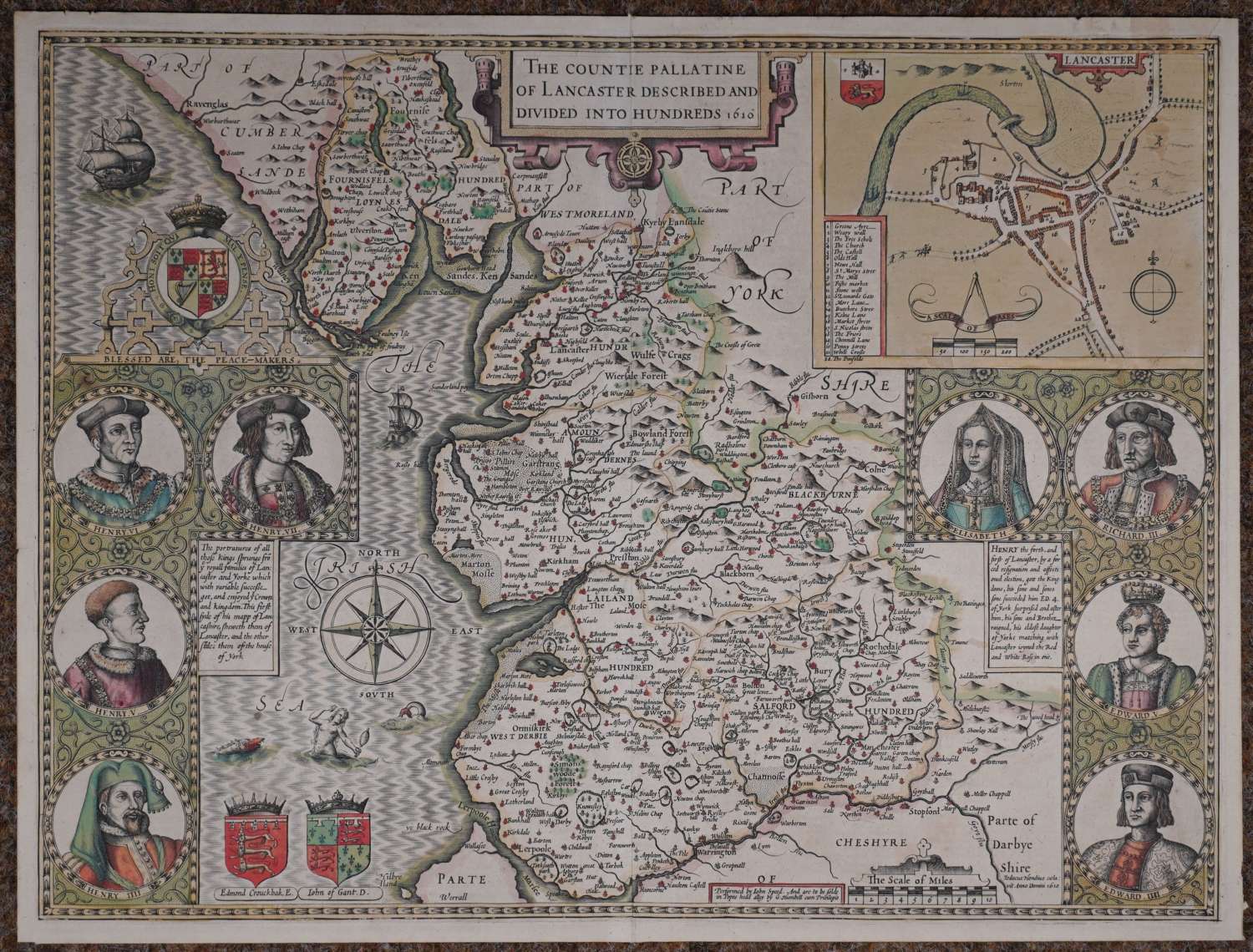 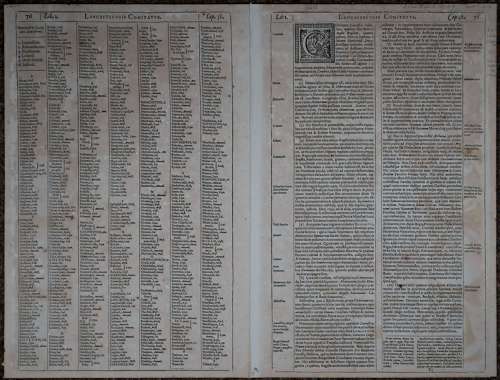 Latin edition which is considered to be the rarest.   Engraved by Jodocus Hondius with his signature hatching in the sea .  Copper engraving with original  hand colouring. Overall size : 53.3cms x 40.3cms. Image size : 508mm x 381mm.   Latin text on verso.  .  One pinprick top of map at centrefold (often the case with first editions and thought to be a direction to the binder) and a small area of thinness in text under portraits observable only when held up to the light and barely worth mentioning.

Although most of the detail of Speed's map is copied from Saxton, Whitaker writes that this was the first map of Lancashire to show the hundreds, and that the inset was probably the first printed town plan of Lancaster (copied by Braun and Hogenberg in 1618). On the left side of the map are four portraits of Lancastrian kings (Henrys IV to VII); on the right are three Yorkish Kings (Richard III and Edwards IV & V) and a portrait of Elizabeth, who united the families by marrying Henry VII. A mermaid preens herself in the sea in between two monsters.  WHITAKER: 41. Chubb XX . Skelton7