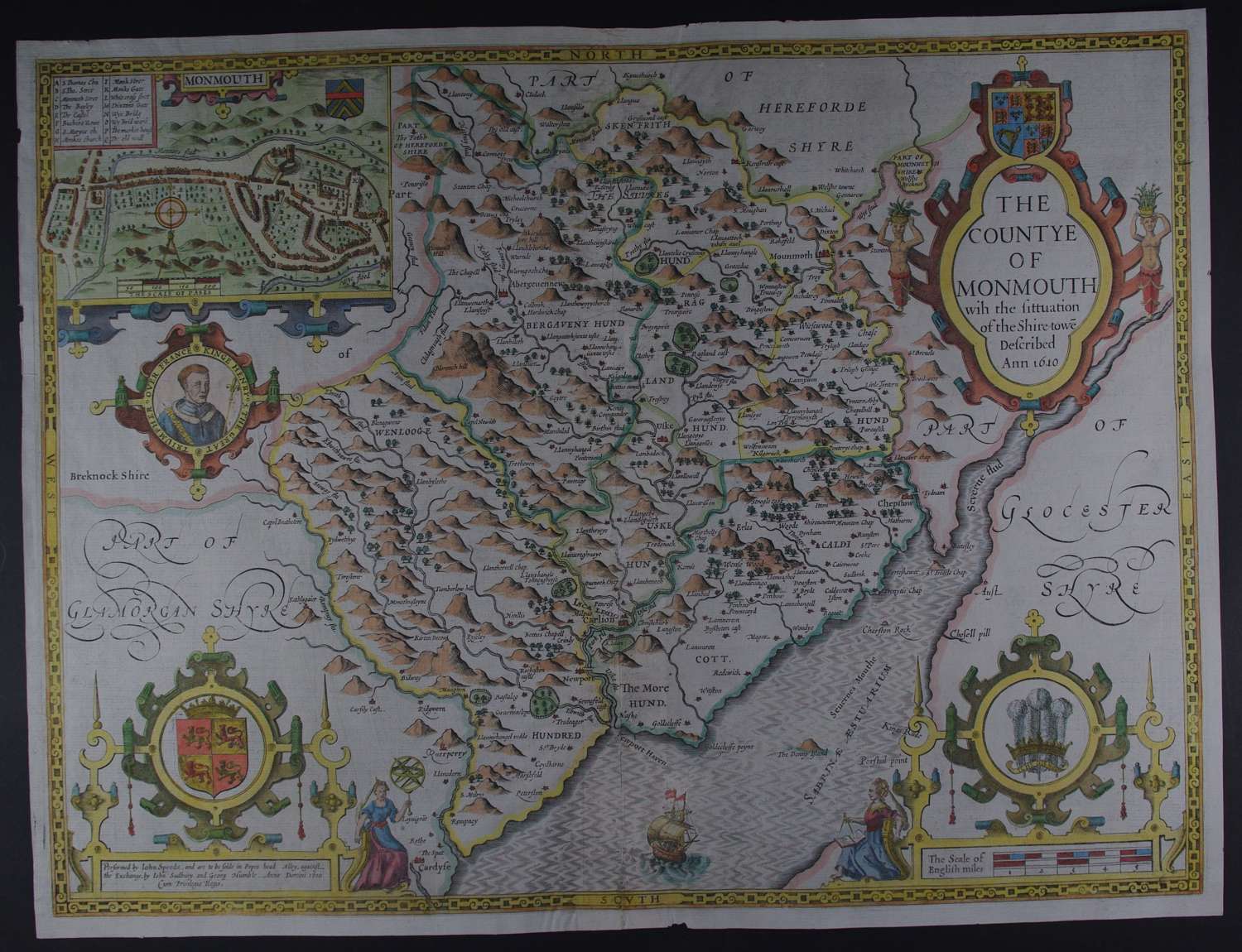 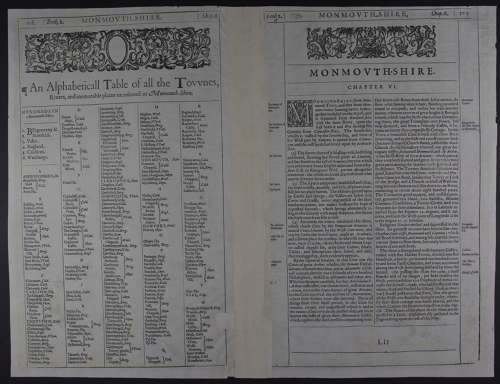 The Countye of Monmouth by John Speed

Long title:The Countye of Monmouth with the sittuation of the Shire-towe Described Ann 1610.   Copper engraving, later hand colouring.  Overall size : 52.7cms.x 39.9cms. Image size : 510 x 384mms. Decorative cartouche containing county name. Plan of Monmouth at top left.  with medallion portrait of Henry the Great (V)below : triumpher over France. The Prince of Wales feathers in the bottom right  indicate the  English/Welsh nature of Monmouth which was the last of the English shires to be created , being formed in 1536 by joining Gwent with the district of of Gwynllwg beyond the river Usk.  English text to verso. Scale of distance at bottom right. Centre fold as published. Centrefold strengthened  to correct split 3.8cms bottom margin and very small area of loss to left of Ragland castle across border.