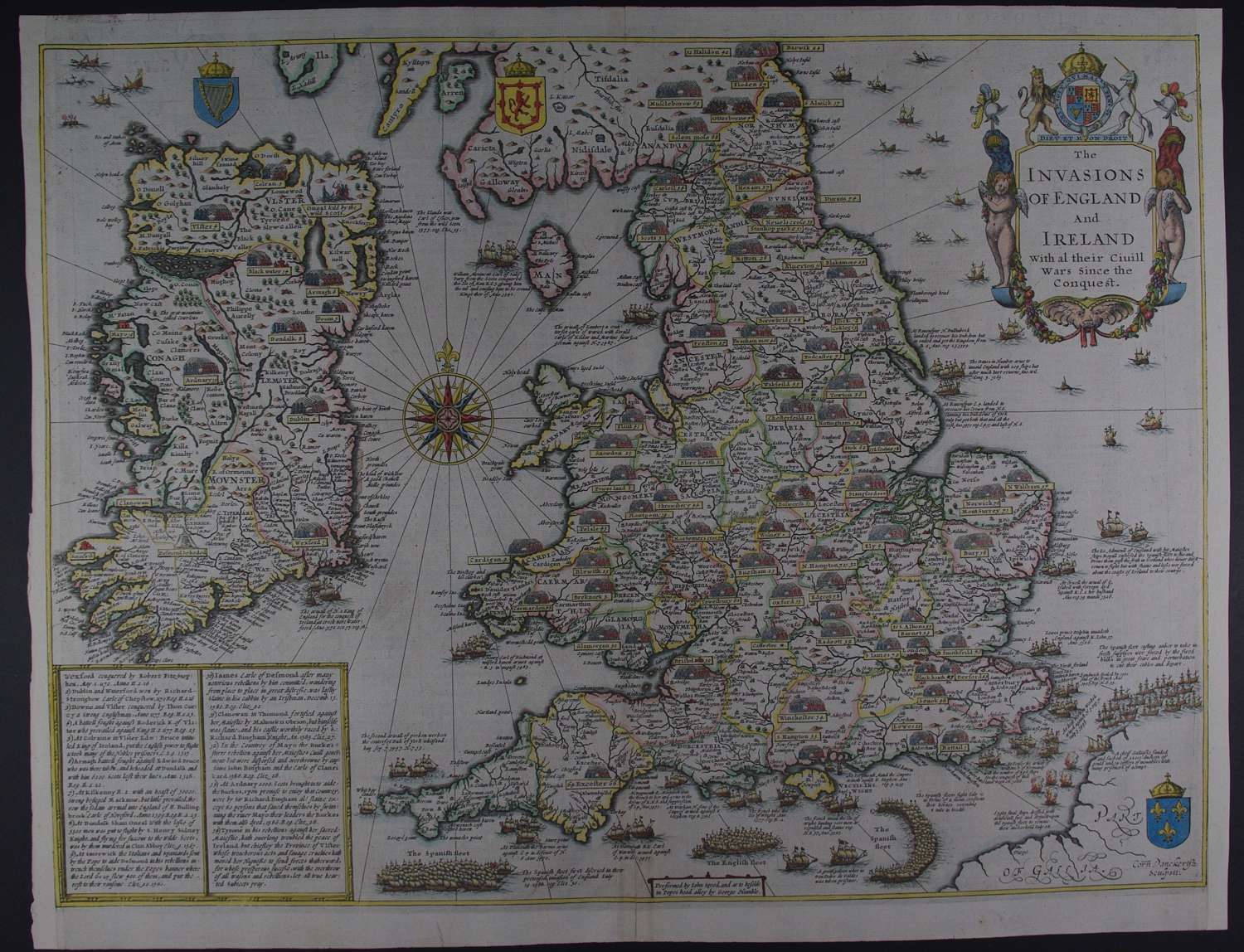 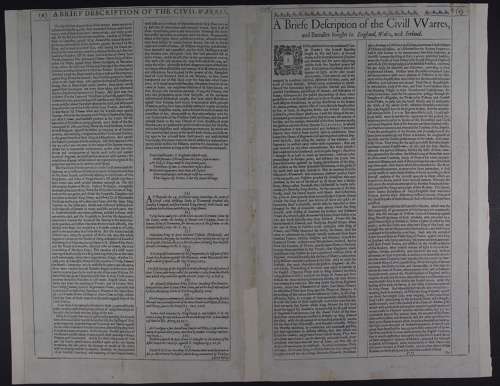 The Invasions of England and Ireland by John Speed

Copper engraving with later hand colouring.  Overall sheet size: 52.8cms x 40.9cms.  Image size: 503mm x 379mm. Printed by George Humble. Cornelius Danckertsz was the engraver. This highly desirable and uncommon Speed map , first published in 1627 and  only appearing in combined editions of the Prospect and the Theatre, was based on a manuscript drawn by Speed in c.1601. As well as showing all the key battles since the Norman Conquest (including Hastings in 1066, Bosworth Field in 1485 and Flodden in 1513), the map makes reference to the attempted invasions, most notably, the Spanish Armada which is depicted in  crescent formation in the English Channel.  Each battle is depicted as a pair of clashing armies above a title . In the case of Ireland, the numbers correspond to a boxed key in the bottom left of the plate. In addition to this, the various stages of the attempted invasion by the Spanish Armada are shown pictorially, with textual notes explaining progress and reversals. County boundaries are outlined in hand colour, cities are picked out in red, and the crests of Ireland, Scotland, and France are included in their respective territories. The Royal Arms of Great Britain are supported by the Lion and Unicorn above the title cartouche, which in turn is flanked by a pair of cherubs, military trophies, and garlanded fruit. The colouring here is very delicate and beautiful and the armies are not just a blob of colour but the two sides’ front soldiers are picked out in red and blue. Archival strengthening on verso 10.5cms from bottom margin and 2cms from the top; two edge tears repaired; the right and left thread margins augmented with contemporary paper and neatline re-instated with pen at top right else superb.