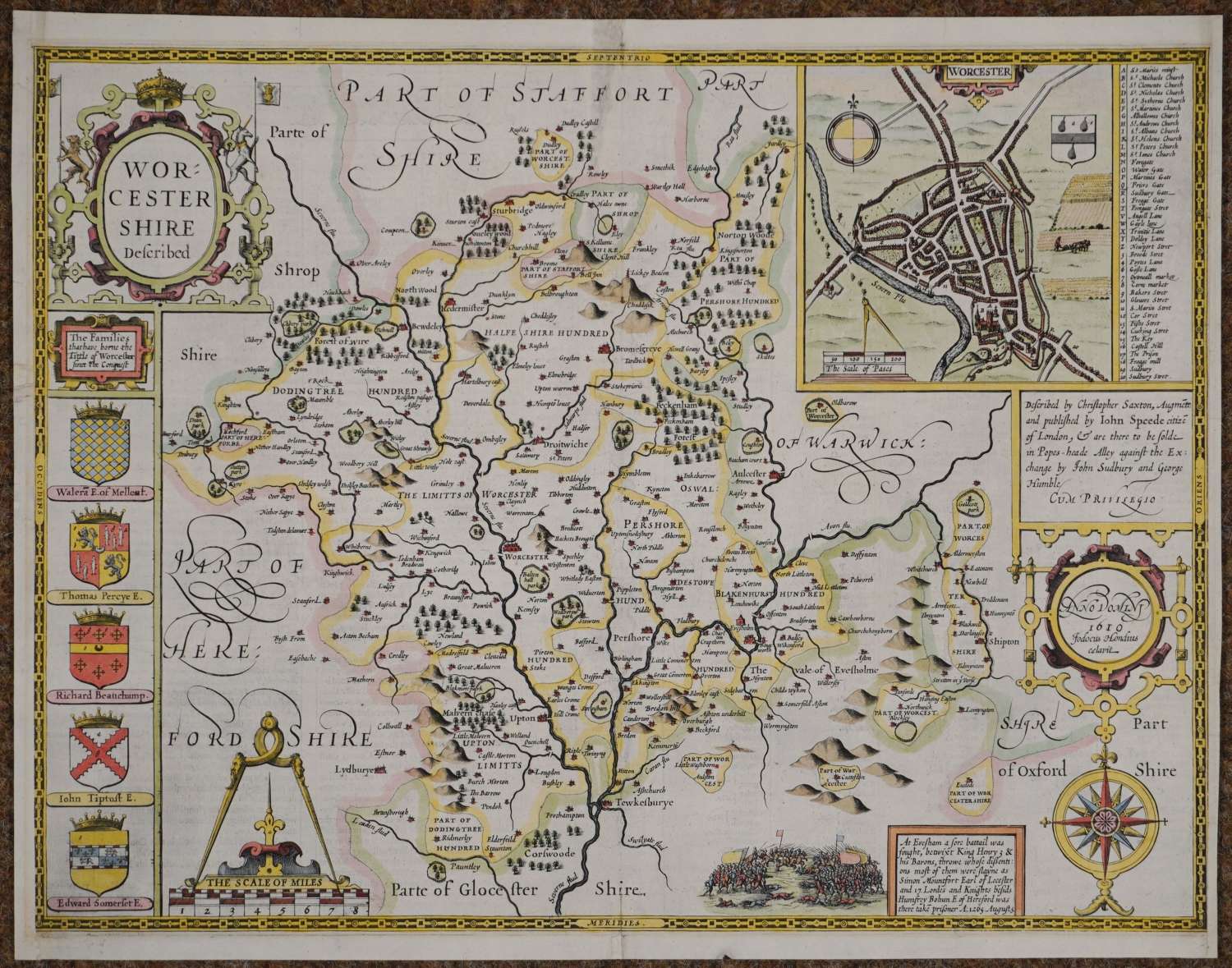 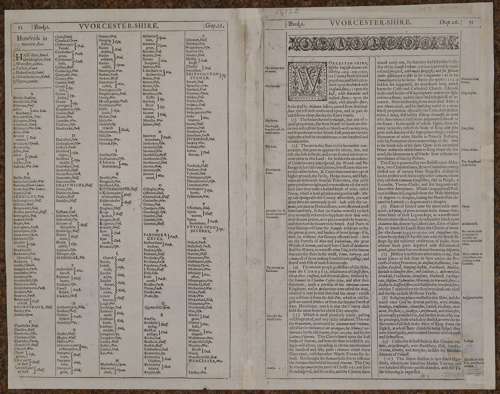 First edition.  Copper engraving  with later hand colouring. Overall size : 52cms x 39.3cms . Image size : 506mm.x 381mm. English text to verso.  Inset plan of Worcester, arms of the the Families that have borne the title of  Worcester since the Conquest on the left side. Scales of distance at bottom left. English text to verso. Battle of Evesham with description. Centre fold as issued.  Some repairs top and bottom centrefold - please see second image.  Velvety, good impression as befits a first edition.