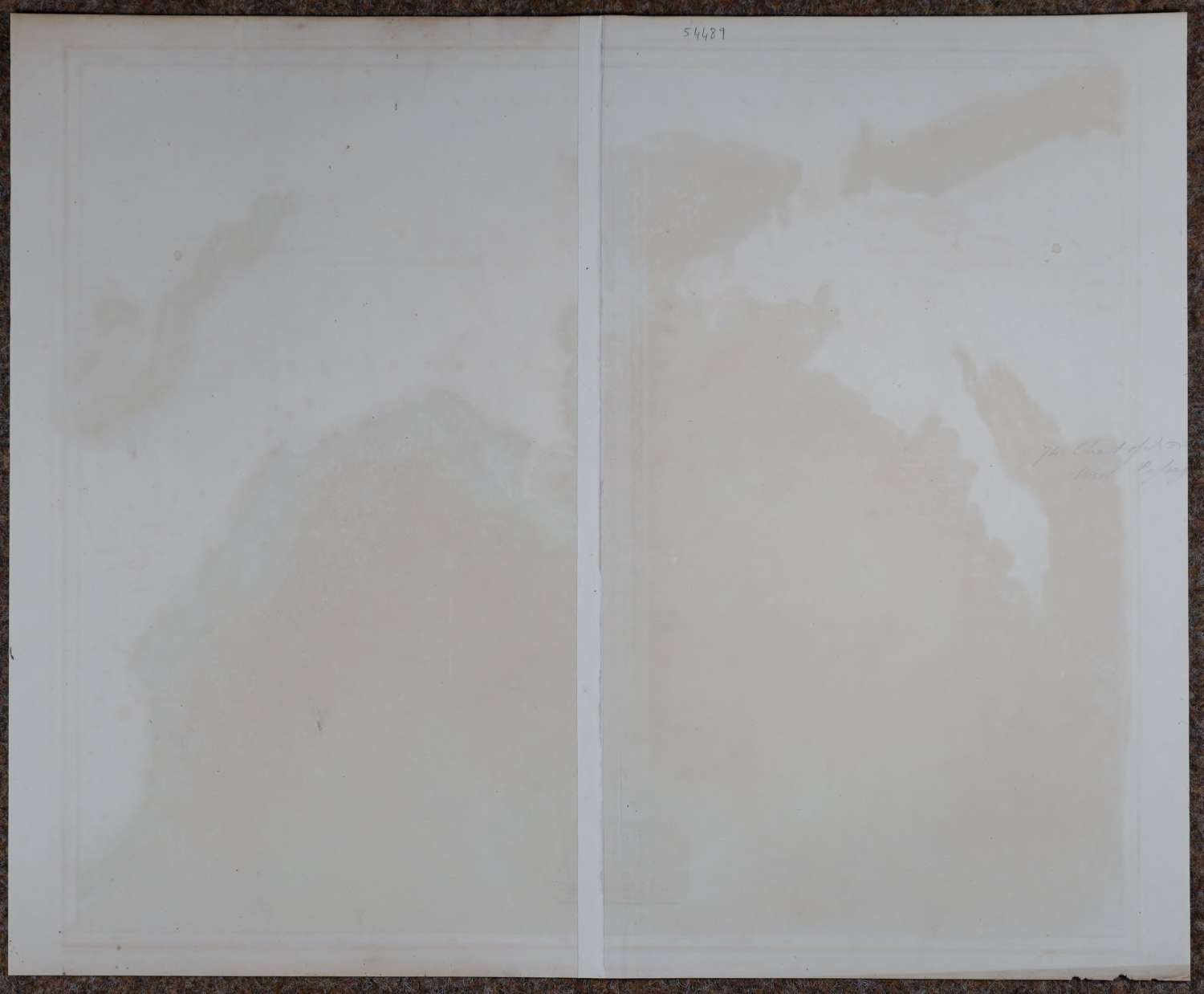 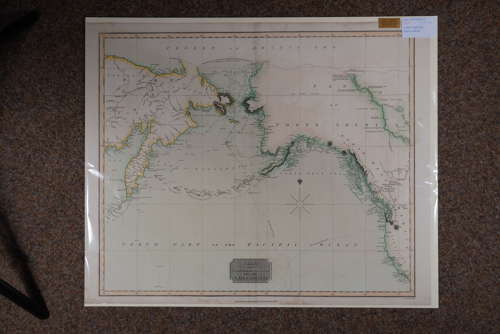 Northern Passage between Asia and America 1821 by John Thompson

This is a map of the NW Passage, the NW Coast of America and NE Coast of Asia.
The map  tracks Cook's progress beyond the Bering Straits  with the days dated i.e. Oct 31st sees y543 him leaving the coast of Oonalaska in  1778 and 1779.  In the Arctic Sea there is  a note regarding McKenzie's having : Seen the Sea on July 10, 1789 along with a note concerning the establishment of a post at Whale Island. The watercourse from Slave Lake to the Arctic Sea is shown, along with descriptions such as: Strong Bow Indians and Mountains with bright Stones; Beaver Indians ; Rock with encampment on it. Commodore Beering's tracks northwards are also shown.  Cook's Tracks from 1778 are prolific. At the top of the map is the statement: The further progress of the Ships Northward was rendered impossible by Ice extending from Continent to Continent.  This is considered to be one of the best early 19th Century maps of the region.

John Thomson was one of the leading exponents of the Edinburgh school of cartography which reached its zenith between 1800 and 1830. Thomson & his contemporaries such as Pinkerton and Cary redefined European cartography by abandoning such 18th century decorative elements  as elaborate title cartouches and fantastic beasts in favour of detail and accuracy. Thomson’s principle works include the Thomson’s New General Atlas published from 1814 though 1827 (from which this map originates) and his Atlas of Scotland. The Atlas of Scotland, a work of groundbreaking detail and dedication would eventually bankrupt the Thomson firm in 1830.  His maps are prized today for the quality of their detail, their size and the attractiveness of the original colouring.