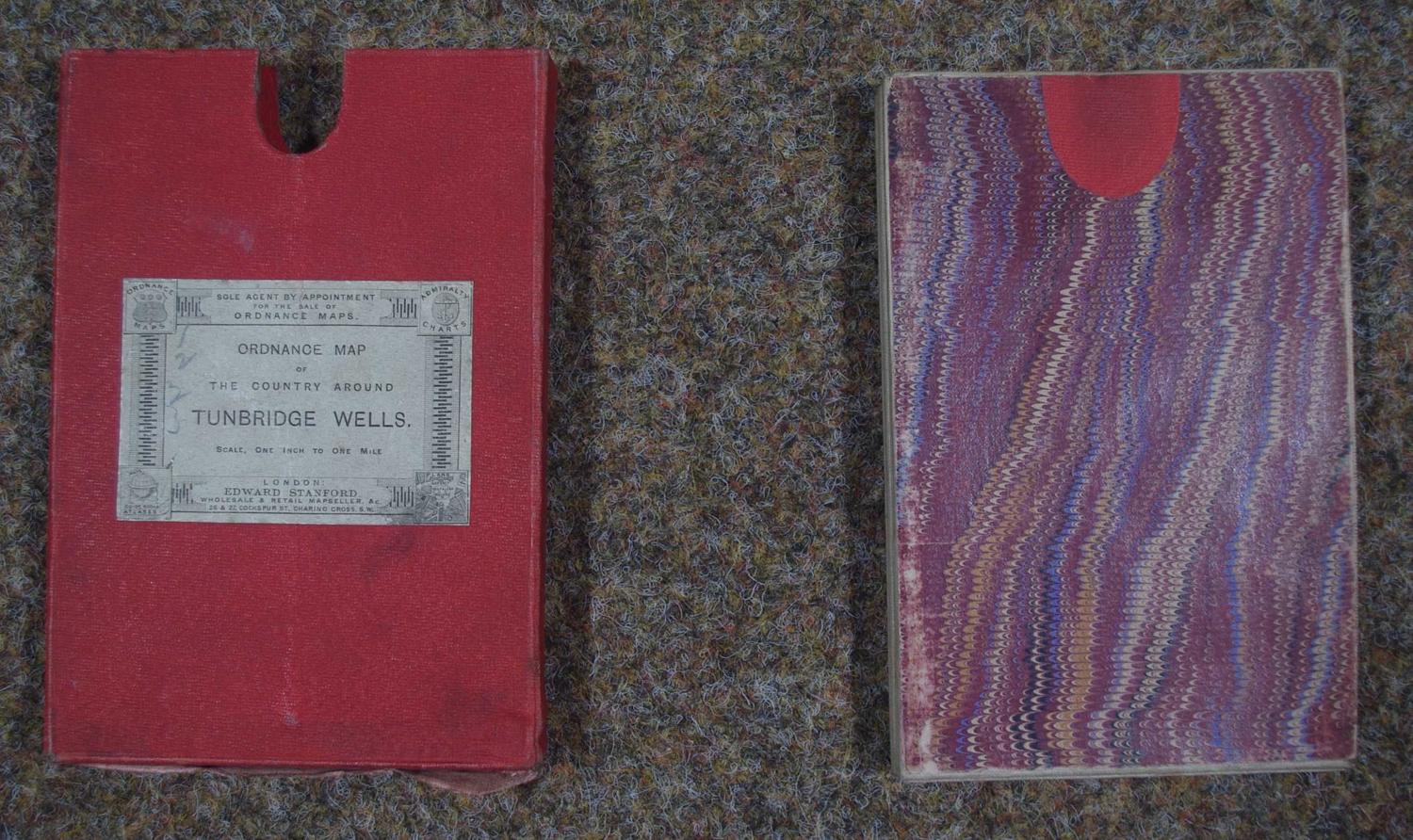 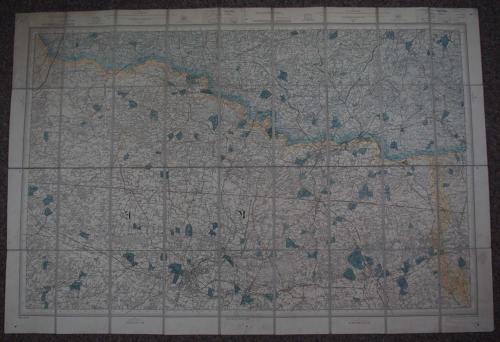 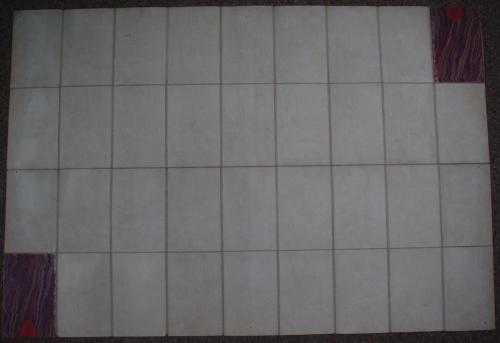 Scale of One Inch to a Statute Mile. Engraved at Ordnance Survey Office Southampton..under the direction of Captain Burke, R.E., printed from an Electrotype taken in 1879. The Outline & Ornament by H. Baker, the Writing by A. Grandison. pub by Lieut General J. Cameron R.E. F.R.S. Director General July 1878. Sectionalised into 32 squares and laid on linen and folding into marbled cover with red finger pad and then into red map box with which Edward Stanford label Charing cross on front, fabric coming away on bottom of box. Very good condition. Overall sheet size: 99.8 cms x 68.4cms. Good, original hand colouring of the parks, river and some borders. Sevenoaks, Maidstone, Folkestone, Lewes, Horsham, Reigate - labelled thus in the margins. Overall faint browning to sheet; finholes indicating it having been pinned to a wall/board at some time in its life; dusting at margin edges else very good condition.