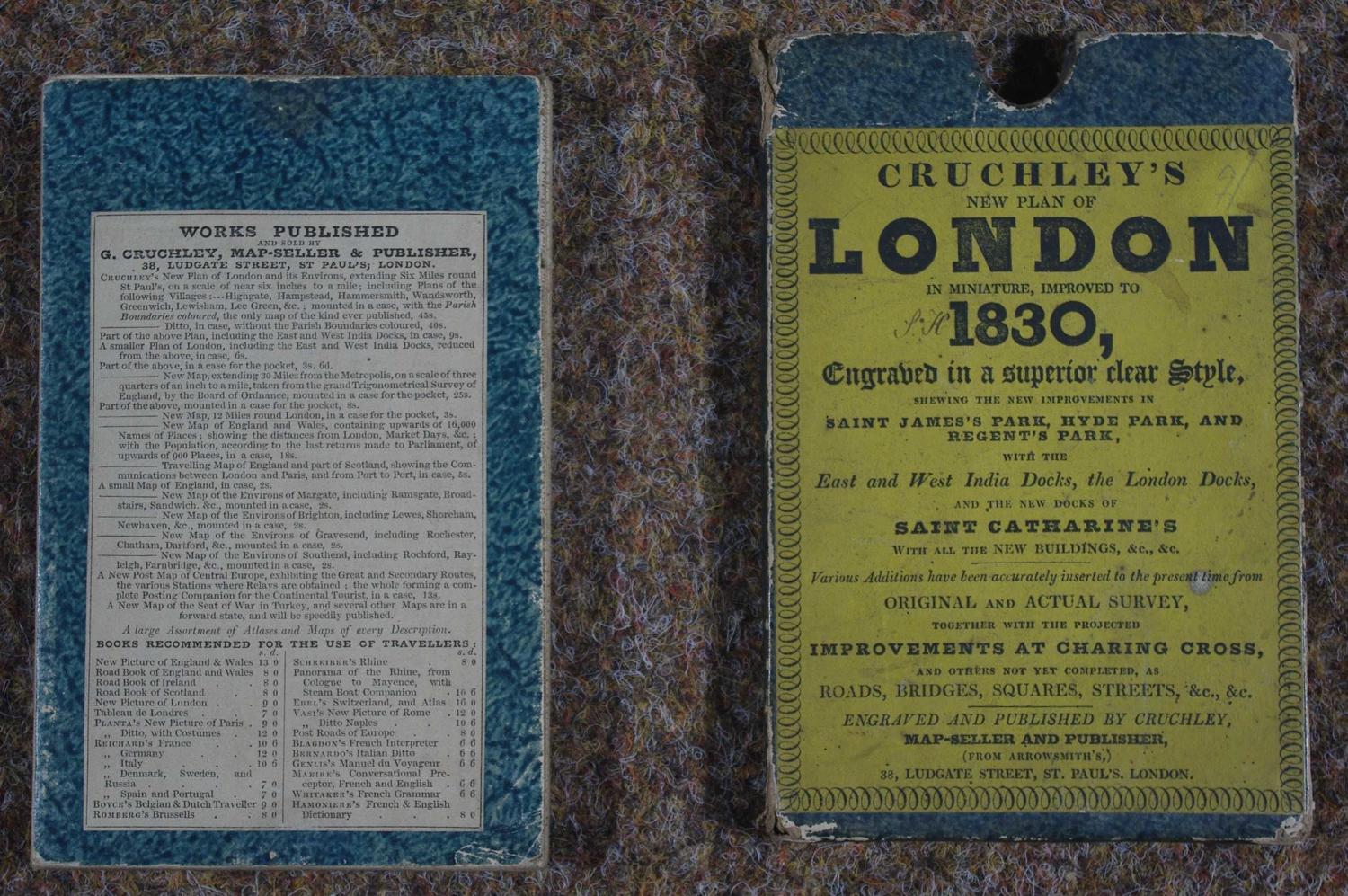 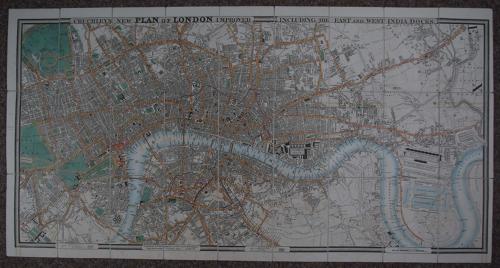 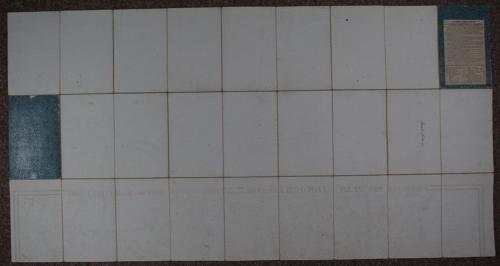 Cruchley's New Plan of London in Miniature, improved to 1830, engraved in a superior clear Style, shewing the new improvements in Saint James's Park, Hyde Park, and Regent's Park, with the East and West India Docks and the new docks of Saint Catharine's with the New Buildings etc etc Various Additions have been accurately inserted to the present time from Original and Actual Survey together with the projected improvements at Charing Cross, and others not yet completed as Roads, Bridges, Squares, Streets etc etc engraved and published by Cruchley Map-Seller and Publisher, (from Arrowsmith's 38 Ludgate Street, St Paul's London. List of works published on back of end paper. . The population of London was 1,474,000 as recorded in the 1831 census. Copper engraving with original hand colouring dissected and laid on linen as issued. Overall sheet size: 95.8cms x 50.2cms; Howgego 304B Very good condition. Cruchley learned his trade from Aaron Arrowsmith, a member of a well-known family of English mapmakers, and began to work for himself in 1823. (During the first few years of his new business, the imprint on his maps included the words "From Arrowsmith's."") He was located at 38 Ludgate Street until 1834