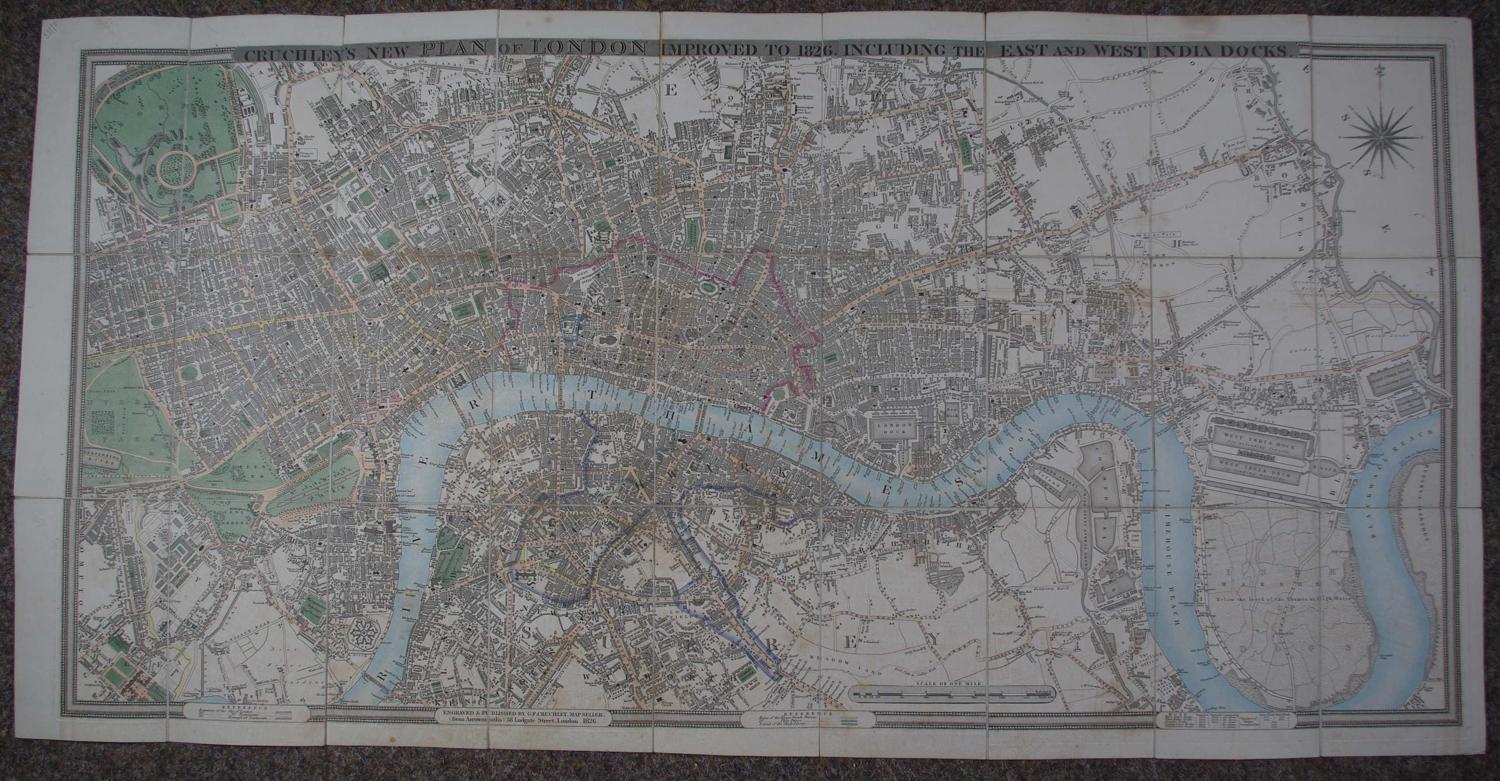 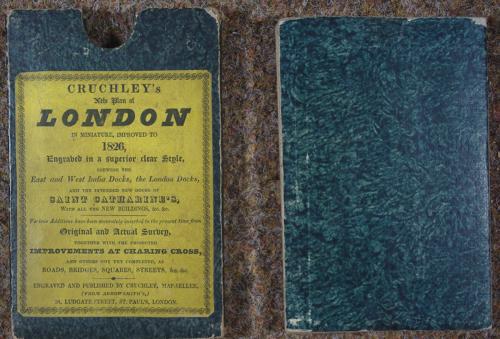 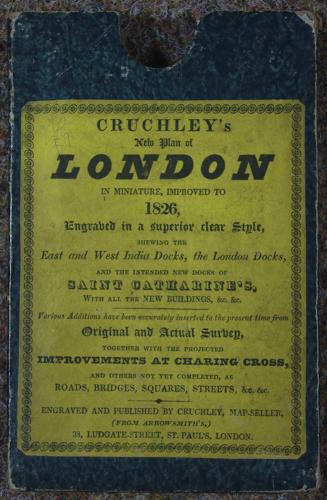 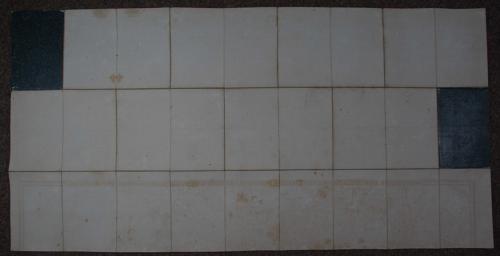 Cruchley's New Plan of London improved to 1826. Copper engraving with original hand colouring dissected and laid on linen as issued. Overall sheet size: 99.3cms x 49.8cms; Howgego 304B Some brwoning particularly in the blank areas south of the river; browning also above Limehouse and another brown mark below Mile End Road else very good condition in slipcase with attractive label, wear to slipcase corners, see photos. Cruchley learned his trade from Aaron Arrowsmith, a member of a well-known family of English mapmakers, and began to work for himself in 1823. (During the first few years of his new business, the imprint on his maps included the words "From Arrowsmith's."") He was located at 38 Ludgate Street until 1834