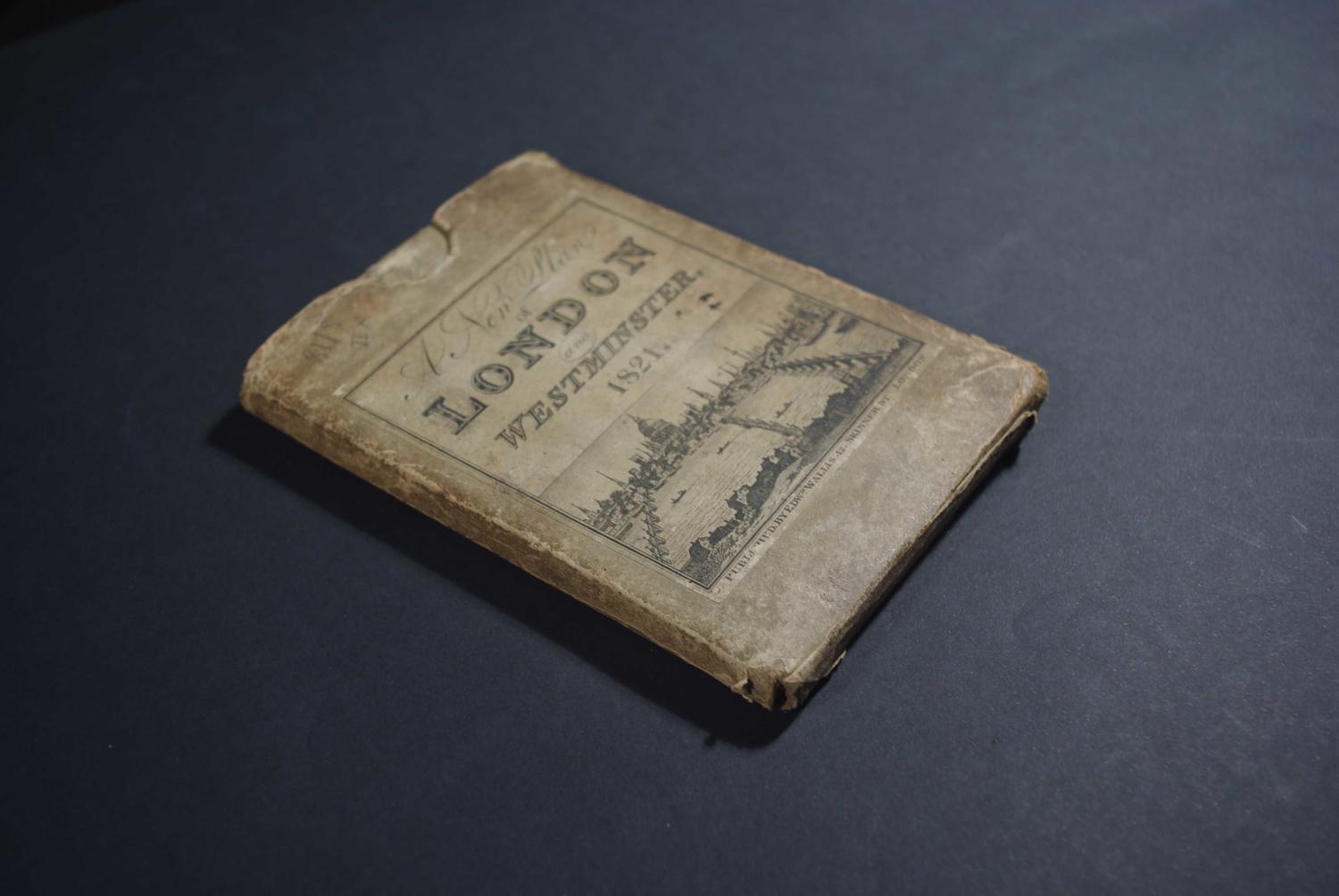 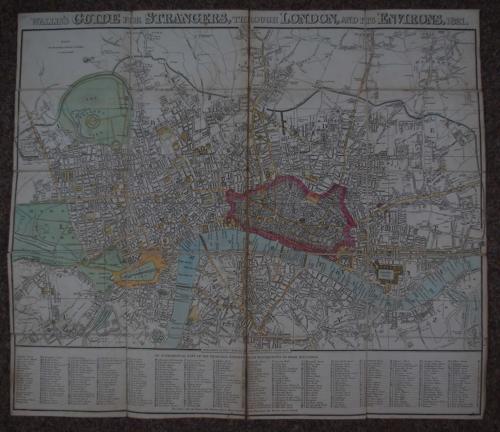 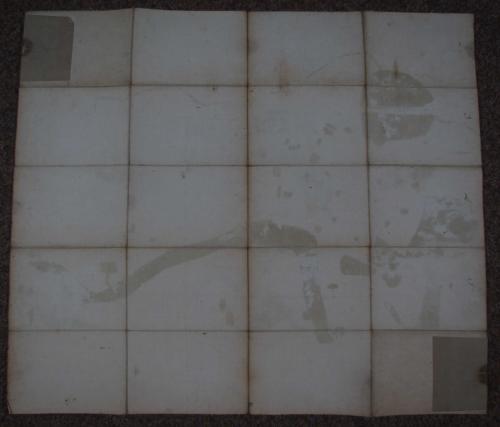 Wallis's Guide for Strangers, through London, and its Environs. 1821

Folding map. Overall unfolded size: 60.9cms x 52.6cms; image size: 596mm x 520mm. Dissected into 25 squares and laid on linen as issued. Extent: Kingsland-Limehouse-Lambeth-Paddington. Copper engraving with original hand colouring. Note top left: the boundary of the City of London is coloured Red. Alphabetical List of the Principal Streets with References ot their Situation below map with below:'The Letters after the Names of the Streets refer to the 25 Squares on the Plan where the Streets may be found'. Some browning at centrefold and some dust marking and odd spot in top blank areas; browning to extreme edge; on verso, on the linen, an old hand has numbered the squares 1-6 (does not show through) else very good condition. Map folds into brown slipcase - some wear at edges- with contemporary label on the front entitled:'A New Plan of London and Westminster' 1821 with scene of London and the Thames below. Imprint: Published by Edwd Wallis 42 Skinner Street, London. Overall browning and marking but, nonetheless, a rare map in original-- slipcase in very good condition. Howgego, James L., `Printed Maps of London circa 1553-1850. no 281 (2)