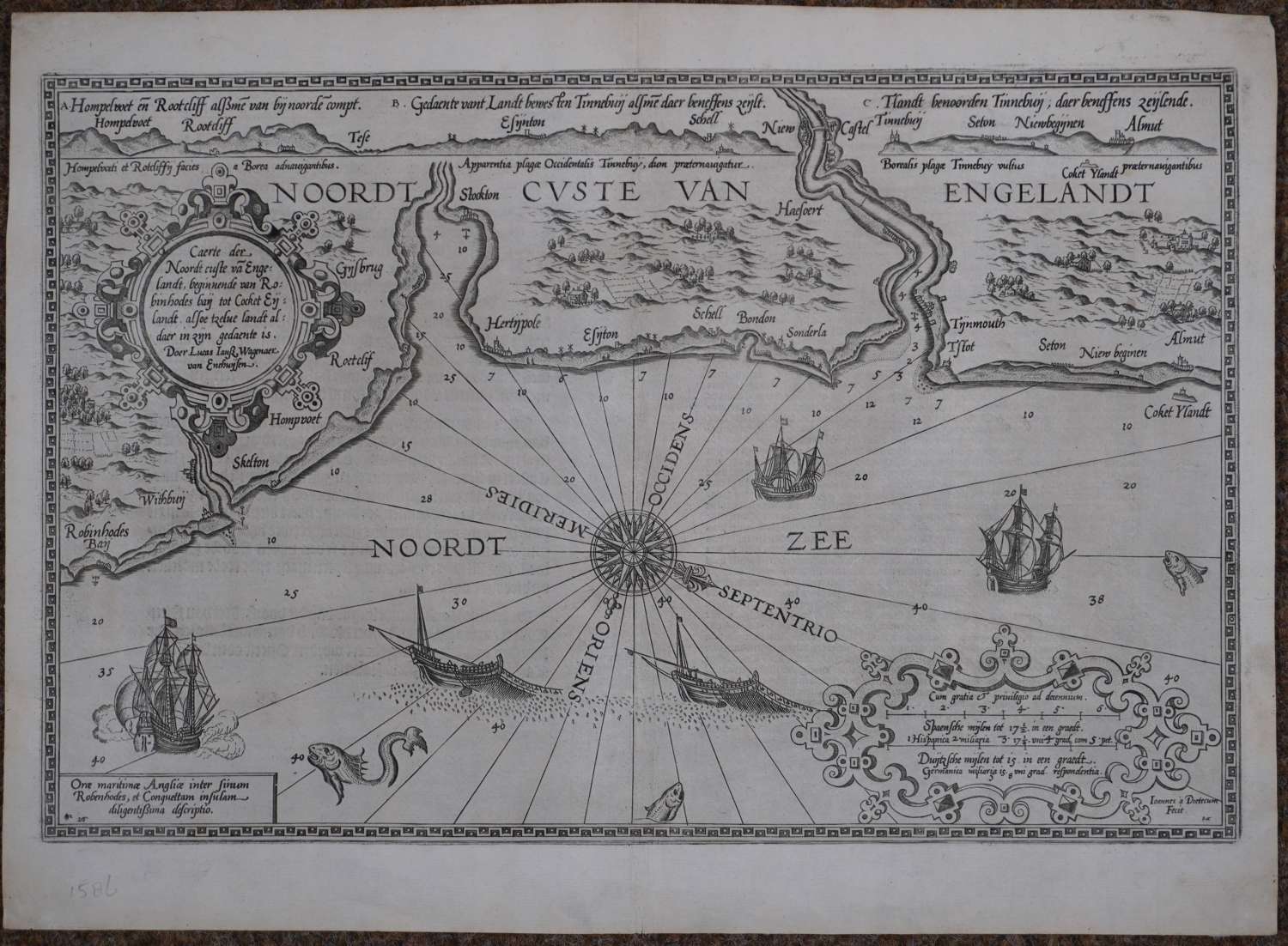 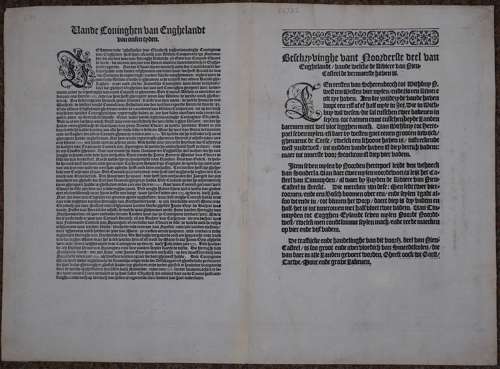 First printed chart of this coast.  Copper engraving, Uncoloured as issued sea chart showing the North East coastline of England from Robin Hood's Bay in the south to Alnmouth in the north, and including Newcastle upon Tyne, Overall sheet size : 54.2 cms x 39.8cms ; 515mm x 315mm Dutch text on verso. Engraved by Joannes Doetecum.  Very good condition.
Wagenhaer was a Dutch pilot who produced the first set of effective navigational charts, under the title Spiegel der Zeevaerdt. These striking charts, engraved by Baptist and Jan van Doetecum, represent the latest contemporary knowledge of navigation and position finding and set the standard which was followed for more than a century.  'Thanks to the unparalleled skill of the engravers, Baptist and Johannes van Doetichum, the original ms. Charts by Waghenaer were transformed into the most beautiful maps of the period.' KOEMAN: IV, p.474.
The Spieghel der Zeevaerdt or Speculum nauticum super navigatione is unique among the printed rutters of the sea in the 16th century because it is the first printed rutter with charts. It was also more splendid than any others of the time and as such, it became a model for  folio-sized pilot guides with charts in the 17th century.