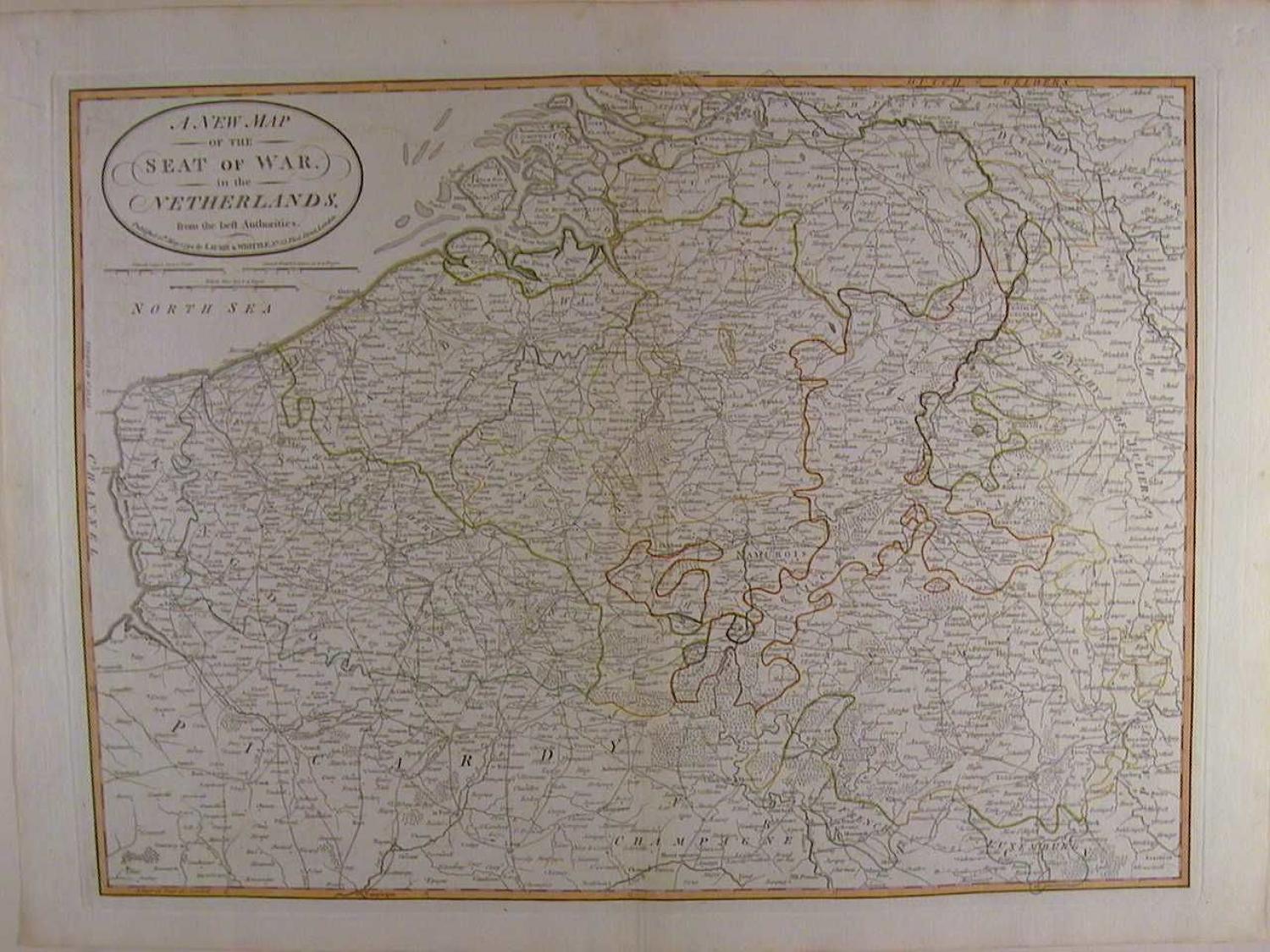 Copper engraving with original outline hand colouring. Overall size unmounted : 73.9cms x 55.3cms. Image size : 644mm x 473mm.approx. Three scales of distance. Centrefold as issued; The French Revolution provoked hostility in several European countries, and this led to the occupation of what later became Belgium by the French. War had been declared on Austria on April 20, 1792 (the Hapsburgs ruled the Belgian region), beginning the French Revolutionary Wars. This map shows the status of the war in 1794.