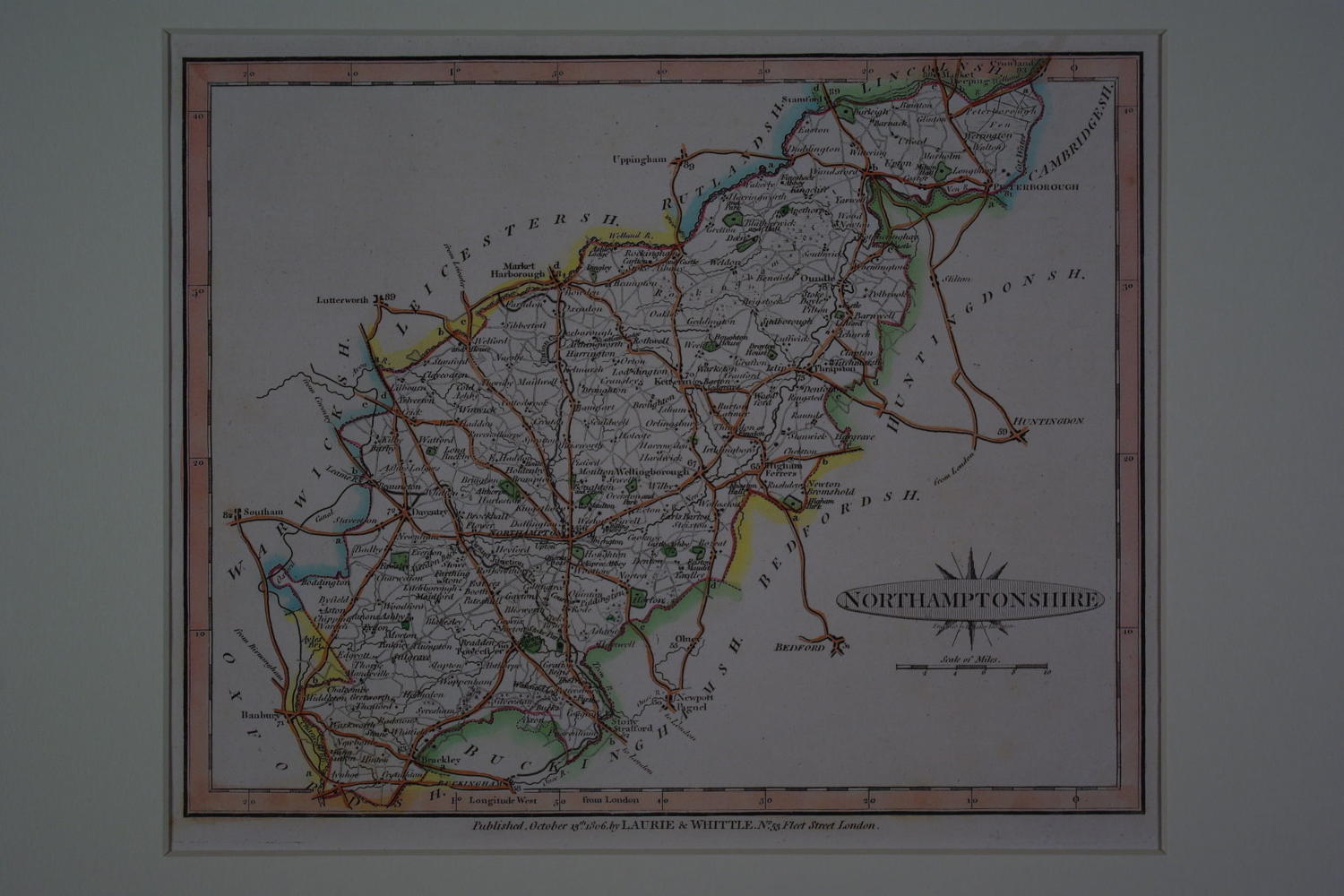 Uncommon. Copper engraving with original hand colouring. Overall size in hinged off white fully conservation mount and back (so floating freely apart from two pieces of archival tape): 37.8cms x 34.4cms; image size: 226mm x 183mm including imprint. Very good, bright condition apart from one faint fox spot extreme bottom left just visible at edge of mount in margin ; supplied with original text describing the county (''..winter fuel here is extremely dear. It abounds with corn, sheep, cattle, wool, pigeons, stone and salt-petre'.... ) These county maps were originally produced by Benjamin Baker for The Universal Magazine and are uncommon in both instances. Robert Laurie was born in 1755 and was apprenticed to the map maker Robert Sayer. In 1776 he was given an award of thirty guineas for disclosing a new method of printing mezzotints in colour. In 1794 he took over Sayer's business, acquiring the entire stock etc., at a preferential price of £5000 in partnership with James Whittle. The firm survives to the present day as part of Imray, Laurie, Norie & Wilson. See British Map Engravers Worms and Baynton-Williams p.391