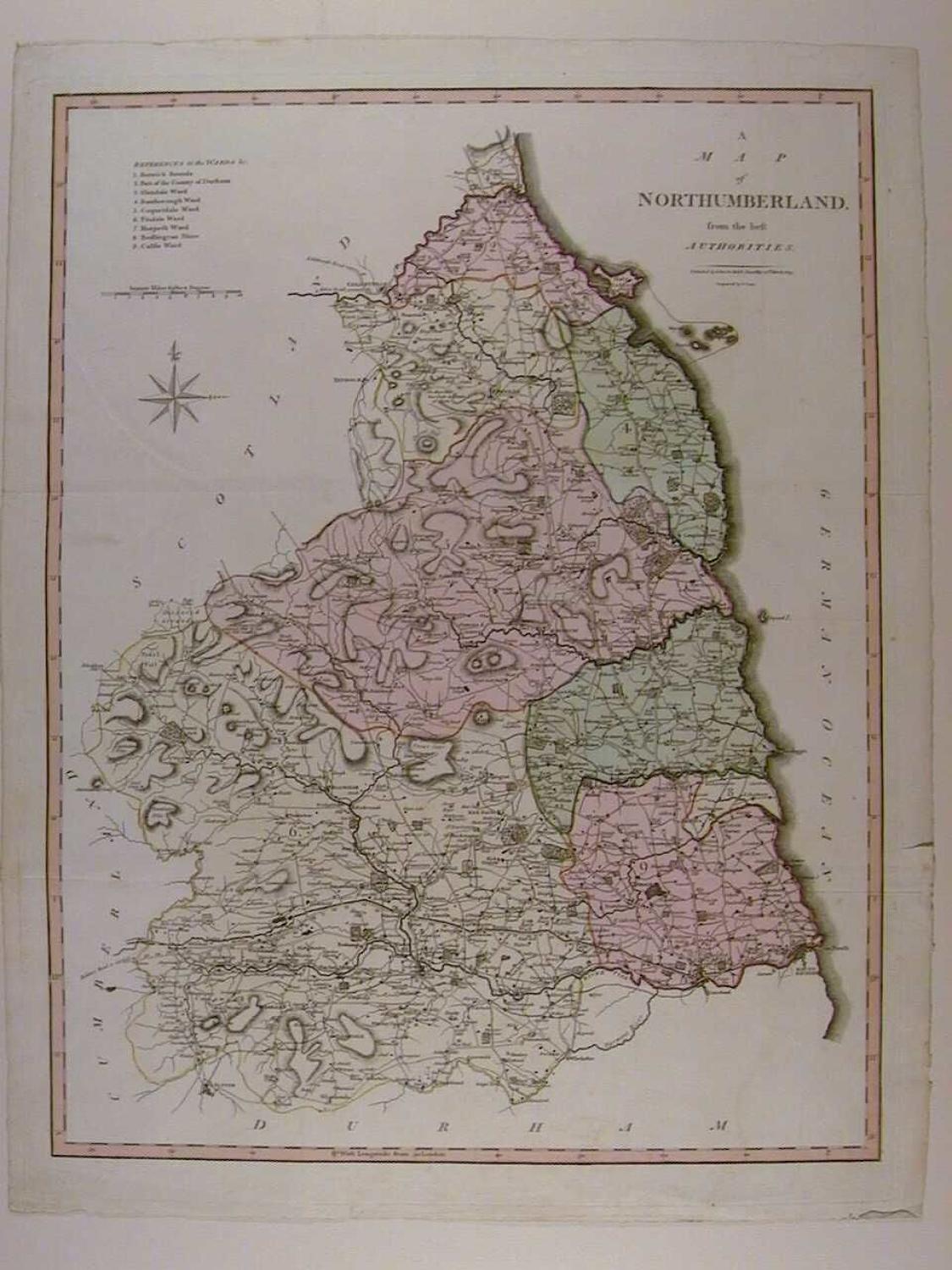 A Map of Northumberland fron the best Authorities by John Cary

Copper engraving. Original full wash hand colouring. Overall size : 44.1cms x 56.78cms. Engraved size : 39mm.x 51mm. Scale of distance and reference to the nine wards. Lovely condition - three faint folds as published- apart from faint mirror image crease in top left blank. John Cary and his brother Wiliam were active globe-makers in London though John Cary was also an engraver and publisher and came to be regarded as one of the leading English cartographers. In 1787 Cary published his 'New and Correct English Atlas'. Although lacking in the type of decoration characteristic of earlier mapmakers they are nevertheless elegant in their clarity and finely engraved detail. This atlas proved to be very popular and many editions were published, the final one being in 1862. In 1789 Cary published a pocket atlas entitled 'Cary's Travelling Companion' which was also a success and in 1794 Cary was employed by the Postmaster-General to undertake a survey of all the main roads in the country.