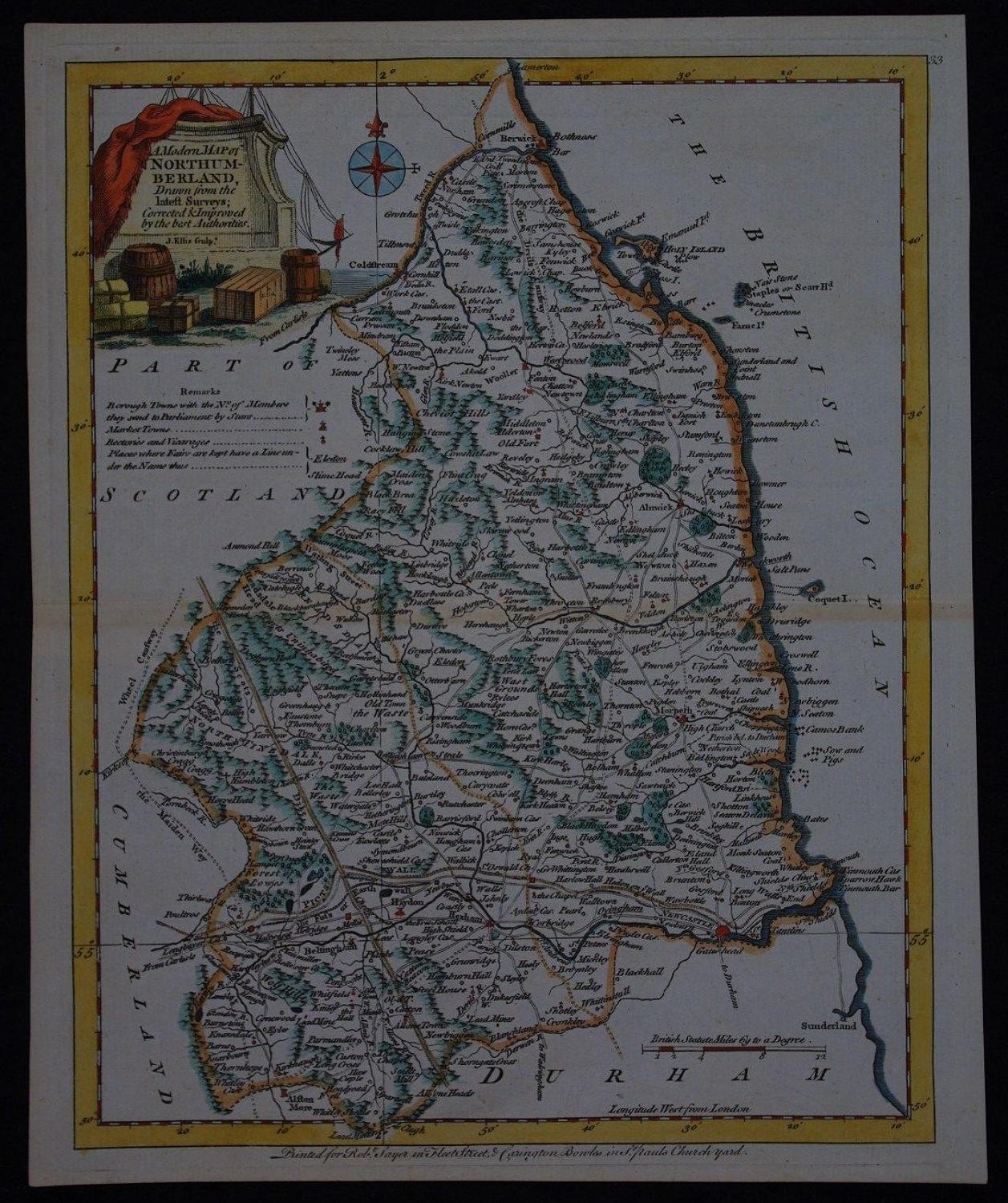 A Modern Map of Northumberland, by Joseph Ellis

Long title: A Modern Map of Northumberland. Drawn from the latest Surveys ; Corrected & Improved by the best Authorities .Copper engraving, later hand colouring. Engraved by J.Ellis. O verall sheet size : 20.9cms x 26cms. Image size : 191mm.x 245mm. Centrefold as published, title in decorative cartouche, scale of distance and key entitled 'remarks' denoting borough and market towns, rectories and vicarages, fairs etc. Uncommon. Joseph Ellis was a highly skilled engraver and in the 1760s he made a very fine set of county maps which were published as 'Ellis's English Atlas'. These maps were quite plainly copies of the Thomas Kitchin maps from the London Magazine, displaying more or less the same information. The main difference was that instead of Kitchins more usual rococo cartouche, on the Ellis maps the cartouche showed a small scene containing a rock, monument or building on which the title was set.