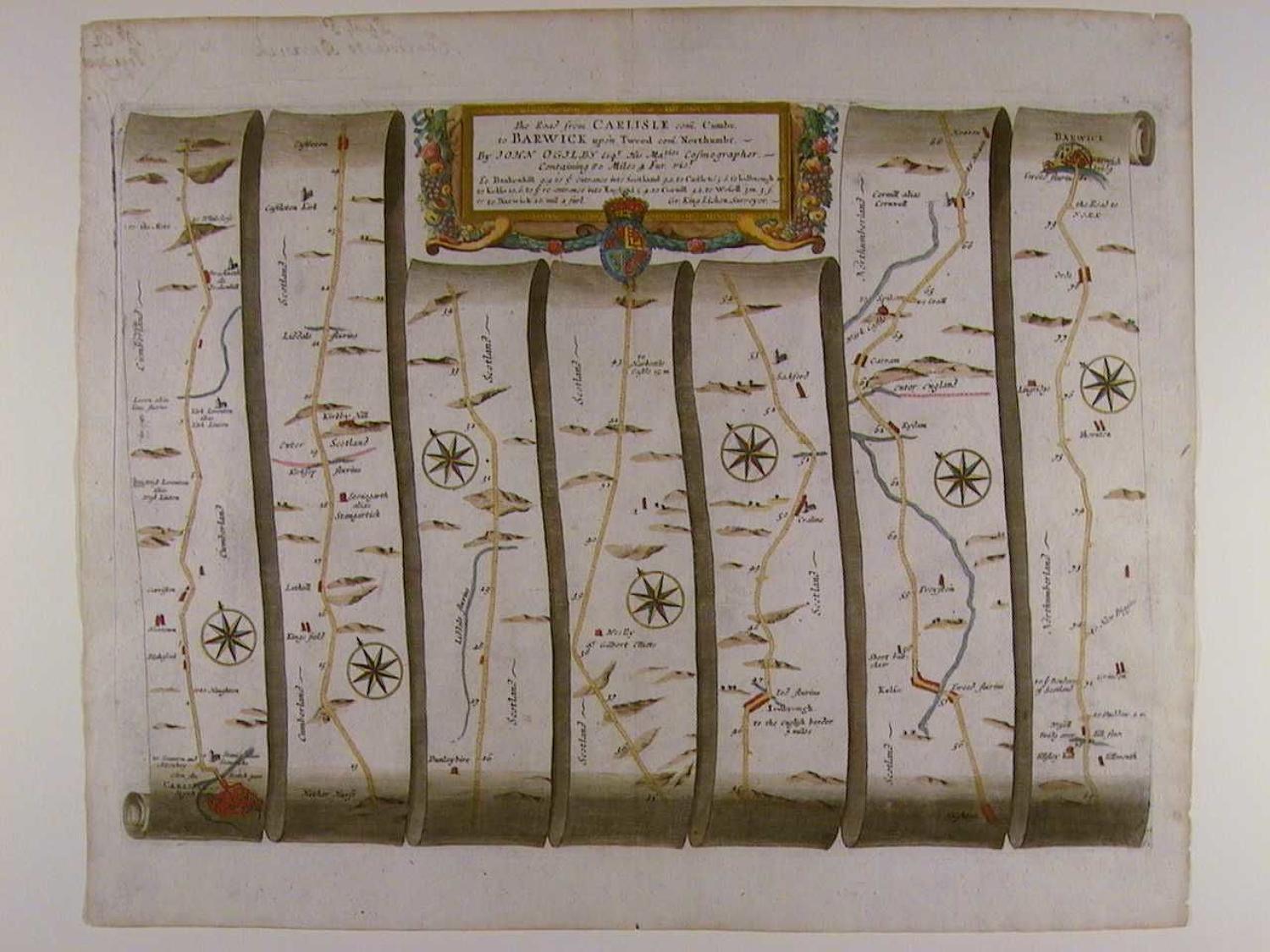 The Road from Carlisle, Cumbr. to Barwick upon Tweed, Northumbr by John Ogilby

Full title: The Road from Carlisle, Cumbr. to Barwick upon Tweed, Northumbr. Containing 80 miles 4 furlongs. To Brakenhill 9.4., to ye entrance into Scotland 9.2., to Castleton 5.0., to Jedbrough 22, to Kelso 10.6., to ye re-entrance into England 5.4., to Cornhill 4.1., to Wesell 3m.3f. & to Barwick 10 mil.2 furl. Copper engraving with later hand colouring. Attractive cartouche.Overall size : 48.2cms.x 39.3cms. Image size : 445mm x 320mm. Centre fold as published. Slight age-toning to margins, ink inscription on reverse shows through slightly at top left of margin, otherwise vg. condition. John Ogilby is regarded by many as the most important name in British Cartography after Christopher Saxton. He was born in Edinburgh in 1600 and led a varied life embracing many different careers. He started life as a dancing teacher and followed this with a spell as tutor to the children of the Earl of Stafford. Next he went to Dublin where he ran a theatre successfully until the Civil War in 1641. He nearly lost his life in the Irish troubles and returned to London destitute. After a time in Cambridge as a literary translator he found favour at Court and was responsible for organising the coronation revels. After another sojourn in Dublin he set up business as a printer and publisher in London but this venture was destroyed in the Great Fire of London in 1666. After the fire he was appointed one of four "sworn viewers"" who were ordered to survey those parts of the city that had been destroyed