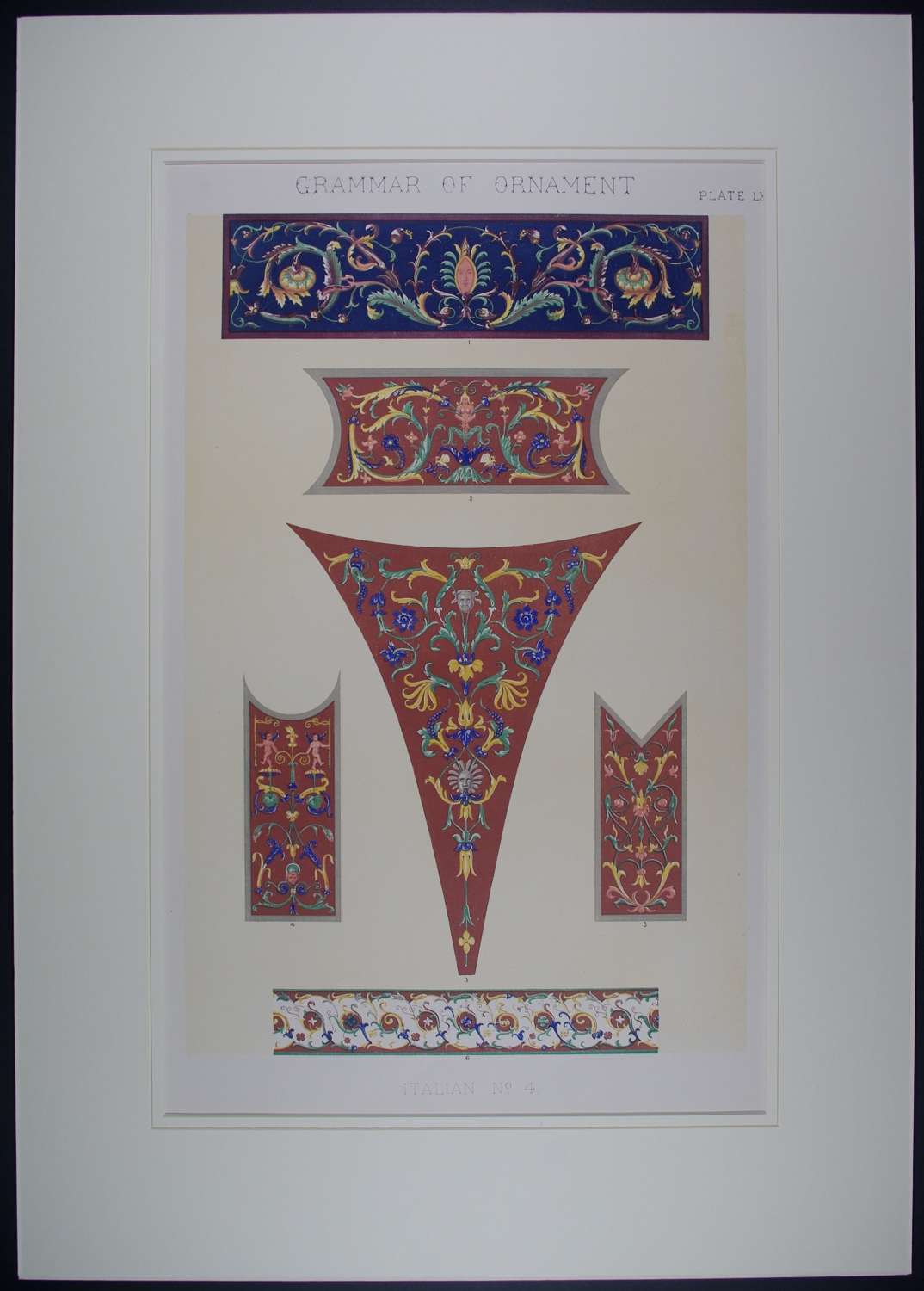 Grammar of Ornament : Italian No 4 by Owen Jones

Rare.Fine, original chromolithograph, 1st.Edition. Overall size in off white conservation grade mount and back with decorative v groove : 48.8cms.x 68.8cms. Image size including titles : 303mm.x 503mm. Very good condition.
The son of a Welsh furrier and antiquary, Owen Jones (1809-1876) was an architect, designer and teacher. After a six year apprenticeship in an architect's office he travelled abroad for four years and made a particular study of the Alhambra, in Spain. He returned to England in 1836 and continued his work as an architect. His main concern was interior decoration and believed that "Form without colour is like a body without a soul". Few of his interiors have survived intact,  principally the town house for Alfred Morrison at 16 Carlton House Terrace and the mosaics and capitals of Christ Church, Streatham Hill. He was a superintendent of works for the Great Exhibition of 1851 and was responsible for the general decoration of the Crystal Palace. The following year he was involved in establishing the Museum of Manufacturers which eventually became the Victoria & Albert Museum.
The Grammar of Ornament was written by Jones and illustrated using the new printing process of chromolithography of which he was a pioneer. It was first published in 1856 and became an important tool for designers and decorative artists, providing a comprehensive guide to designs and decorative styles from all parts of the world. A classic work of Victorian aesthetics, it became an inspiration to William Morris and the Arts and Crafts movement and remains relevant today.