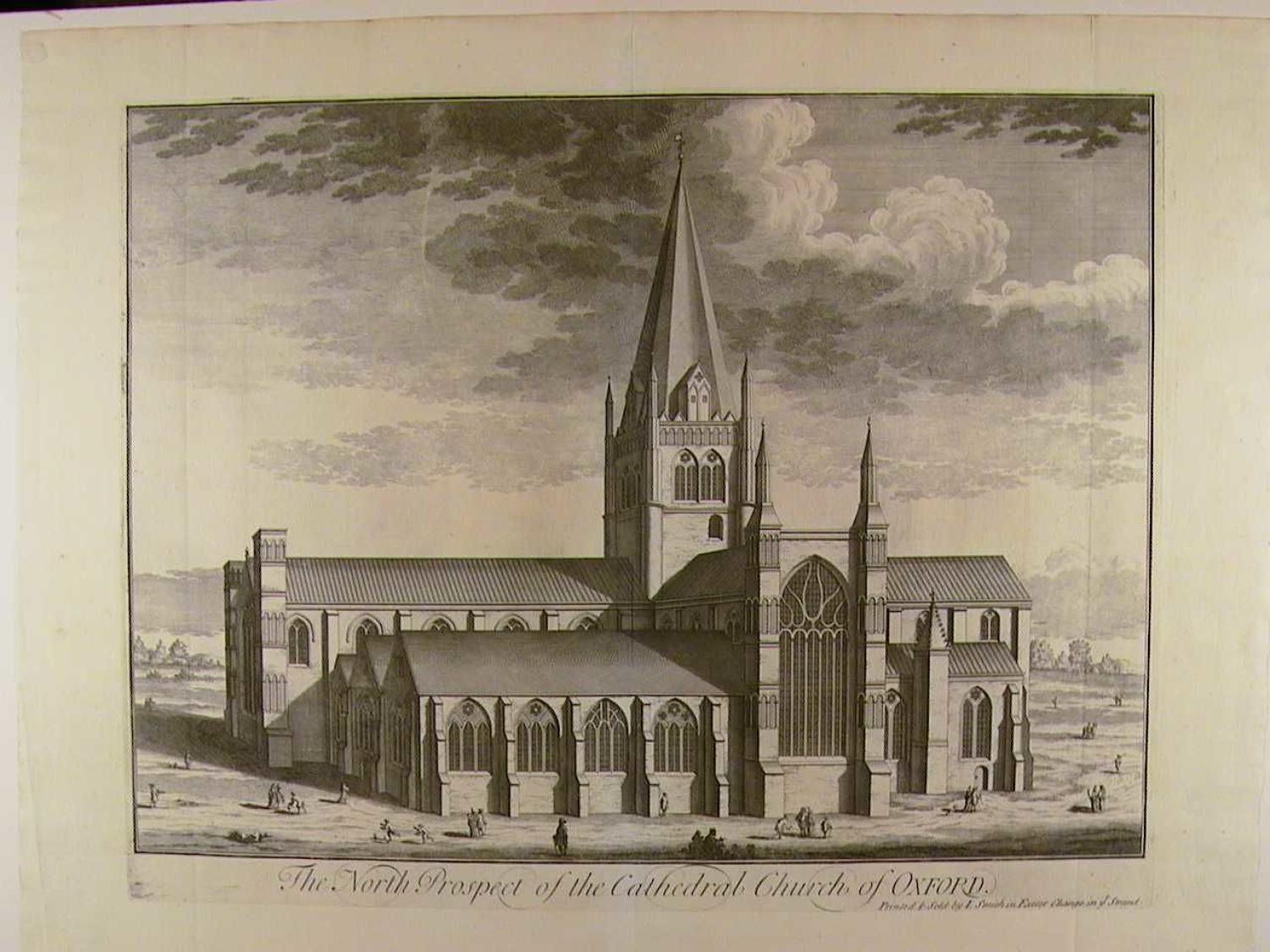 Copper engraving. Overall size : 60.8cms x 51.5cms. Image size: 565mm x 422mm. Centre fold as published. Britannia Illustrata: Or Views of Several of the Queen's Palaces, also of the Principal seats of the Nobility and Gentry of Great Britain, Curiously Engraven on 80 Copper Plates. London (1707) [1708/9]...Initially the Palaces, Mansions & Country Seats were etched by Kip, after birds-eye views by Knyff, but as the project developed, Kip produced both the drawings and the etchings. This, is Kip's best work, Britannia Illustrata is among the most important English topographical publications of the 18th. century.They clearly delineate not only the buildings but the entire estates, for example the entire orchards, gardens and other details are depicted with great accuracy. Printed upon early eighteenth century hand-made, laid paper and with the vertical centre fold, as always. Johannes Kip (1653 - 1722) was a Dutch draughtsman, engraver, and print dealer who was active in England, after producing works for the court of William of Orange in Amsterdam. Following the Glorious Revolution of 1688, Kip accompanied the Court to England and settled in Westminster, where he conducted a thriving print selling business from his house in St. John's Street. He also worked for various London publishers producing engravings, largely for book illustrations. His most important works were the execution of the illustrations for Britannia Illustrata, 1708; The Ancient and Present State of Gloucestershire, 1712, and Le Nouveau Theatre de la Grande Bretagne, 1715.