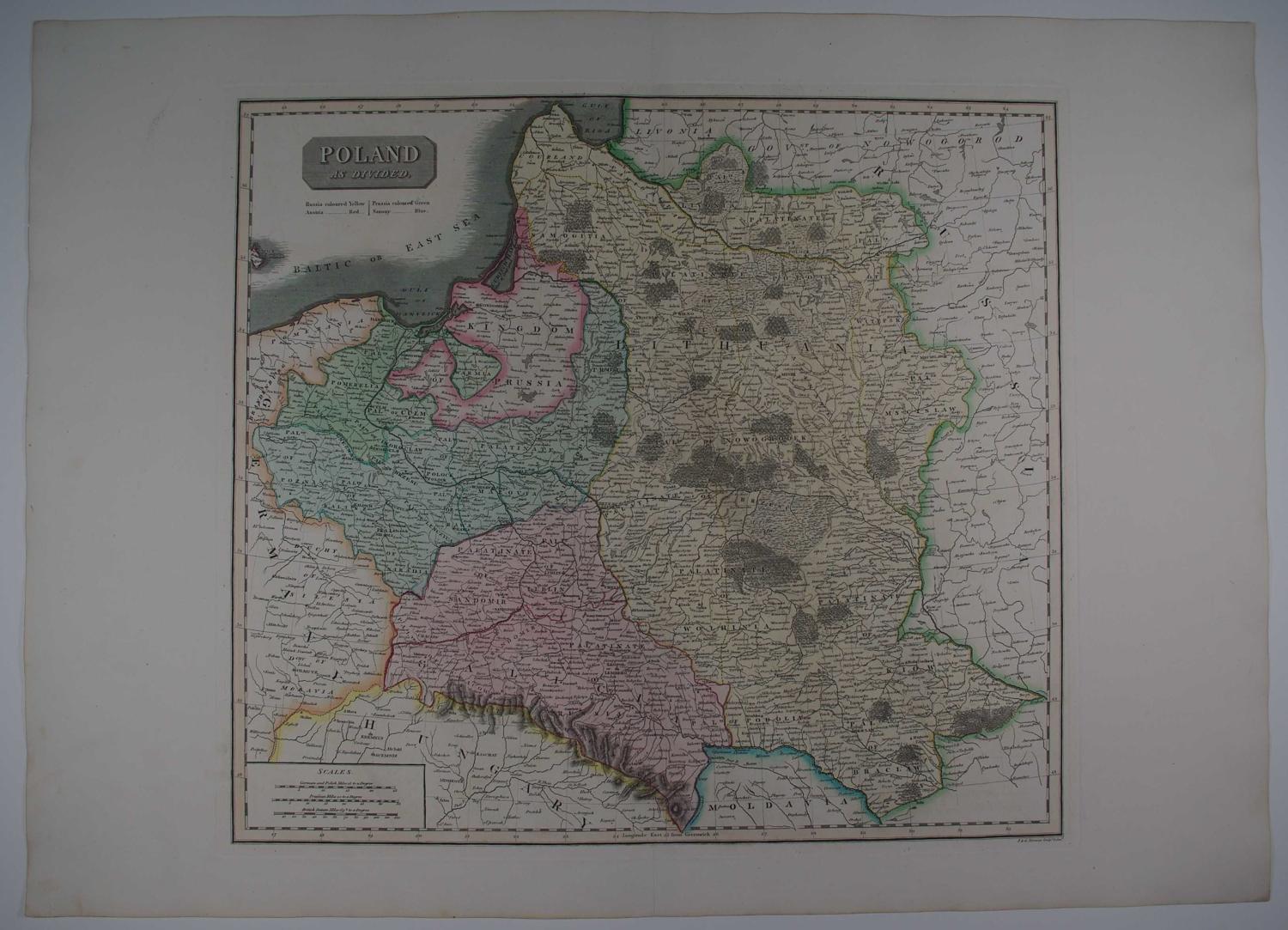 Poland as divided by John Thomson

Copper engraving with original hand colouring. Overall size: 73.6cms x 53cms. Image size: 594mm x 497mm. Centrefold as issued. Thomson's map covers Poland following Napoleonic Wars and the treaties of the 1815 Congress of Vienna. Following Napoleon's defeat at the Battle of Waterloo, the Victoria powers repartitioned Poland roughly along the lines of the 1785 Third Partition. This event is often referred to as the 'Fourth Partition of Poland' and reflects the borders presented here. Colour coding identifies the powers that controlled each part of Poland with yellow representing Russia;Austrian in red, and German s in blue. Relief is shown by hachure with towns, cities, and major topographical features identified.Engraved by J. and G. Menzies. John Thomson was one of the leading exponents of the Edinburgh school of cartography which reached its zenith between 1800 and 1830. Thomson & his contemporaries such as Pinkerton and Cary redefined European cartography by abandoning such 18th century decorative elements as elaborate title cartouches and fantastic beasts in favour of detail and accuracy. Thomson's principle works include the Thomson's New General Atlas published from 1814 though 1827 (from which this map originates) and his Atlas of Scotland. The Atlas of Scotland, a work of groundbreaking detail and dedication would eventually bankrupt the Thomson firm in 1830. His maps are prized today for the quality of their detail, their size and the attractiveness of the original colouring.