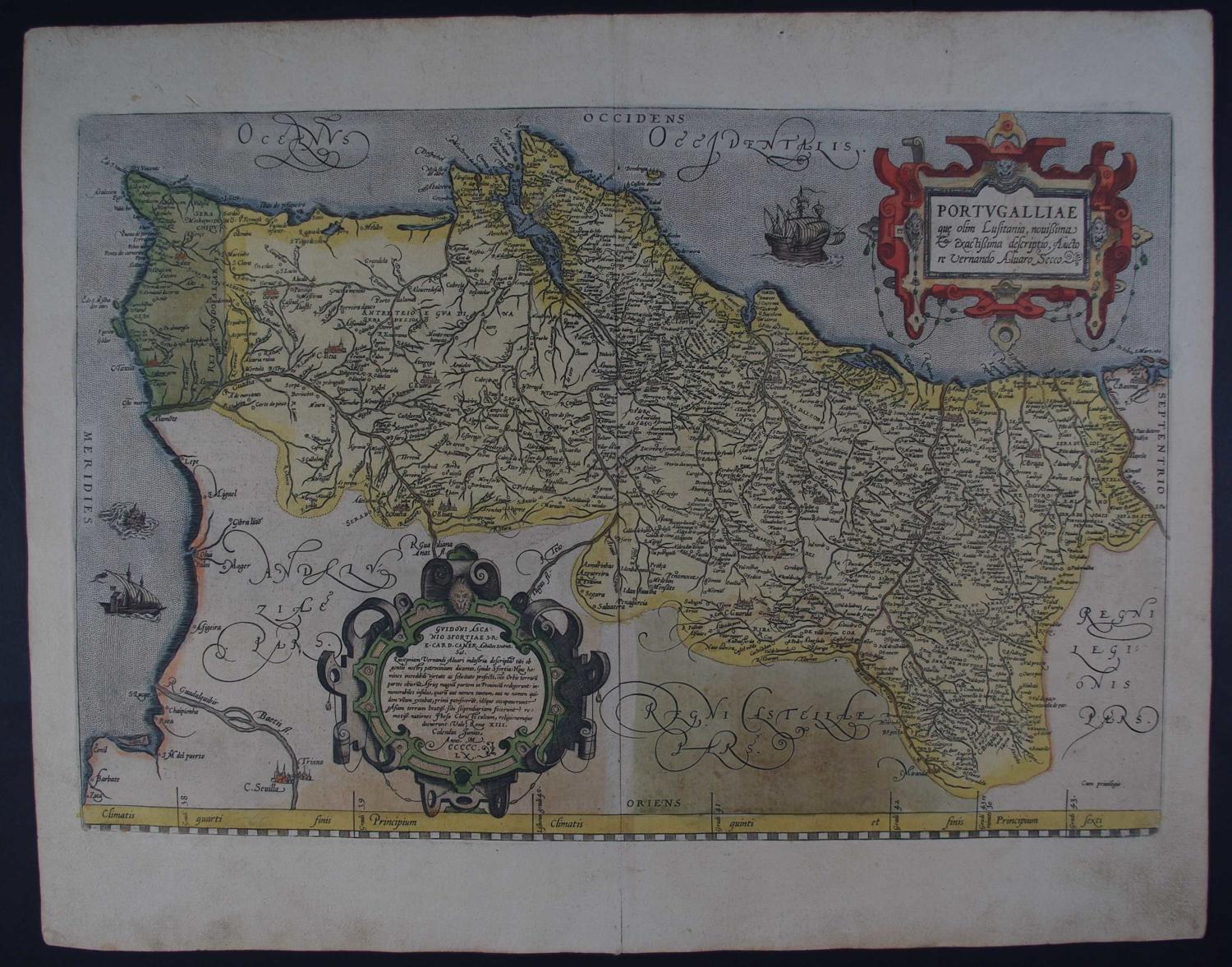 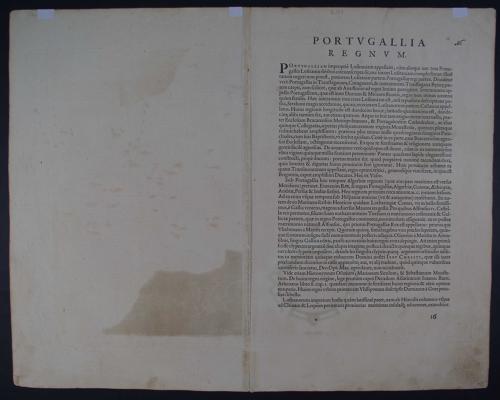 Long title: Portugalliae que olim Lusitania, nouissima exactissima descriptio, Auctore Vernando Alvaro Secco. This is one of the earliest and most beautiful maps of Portugal. It is oriented with north to the right and richly adorned with two large cartouches, sailing ships and a very devilish-looking sea monster. Overall sheet size: 55.4cms x 43.4cms ; image size: 508mm x 338mm. The map is based on Fernando Alvarez Secco's map of 1560. Latin text verso Copper engraving with glorious, original hand colouring. Three small remnants of tape on verso at extreme top of sheet, remnants from prior framing, some browning in bottom margin, some browning in bottom blank being oxidation of the colour perhaps, small crack to bottom margin, not touching image else very good condition. This is the earlier of Ortelius' two maps of Portugal. Ref: van den Broecke 26. Abraham Ortelius (1527 - 1598) Abraham Ortelius is one of the most important figures in the history of cartography. He was born and educated in Antwerp and after studying mathematics and the classics he began work as a bookdealer and colourist of maps. His business as a book dealer required him to travel to various parts of Europe and he was thus able to establish numerous contacts that would prove useful in later years. In the 1560s he published individual maps as well as an eight-sheet map of the world. He went on to compile a collection of maps from his numerous contacts among European map-makers. These he had engraved, mainly by Frans Hogenberg, to a uniform size and bound to form a book which he published in 1570 as the Theatrum Orbis Terrarum. This was in effect the first 'atlas' although this term wouldn't be used until twenty years later by Ortelius's colleague Mercator. One unique aspect of the atlas was that on the reverse of the maps was printed a description of the area. Another unusual aspect of the book was that Ortelius listed his sources and credited the various cartographers. The first edition contained 70 maps with text and was a great success. Numerous editions followed with revisions being made as new and more accurate information was found and the final edition was published in 1612.