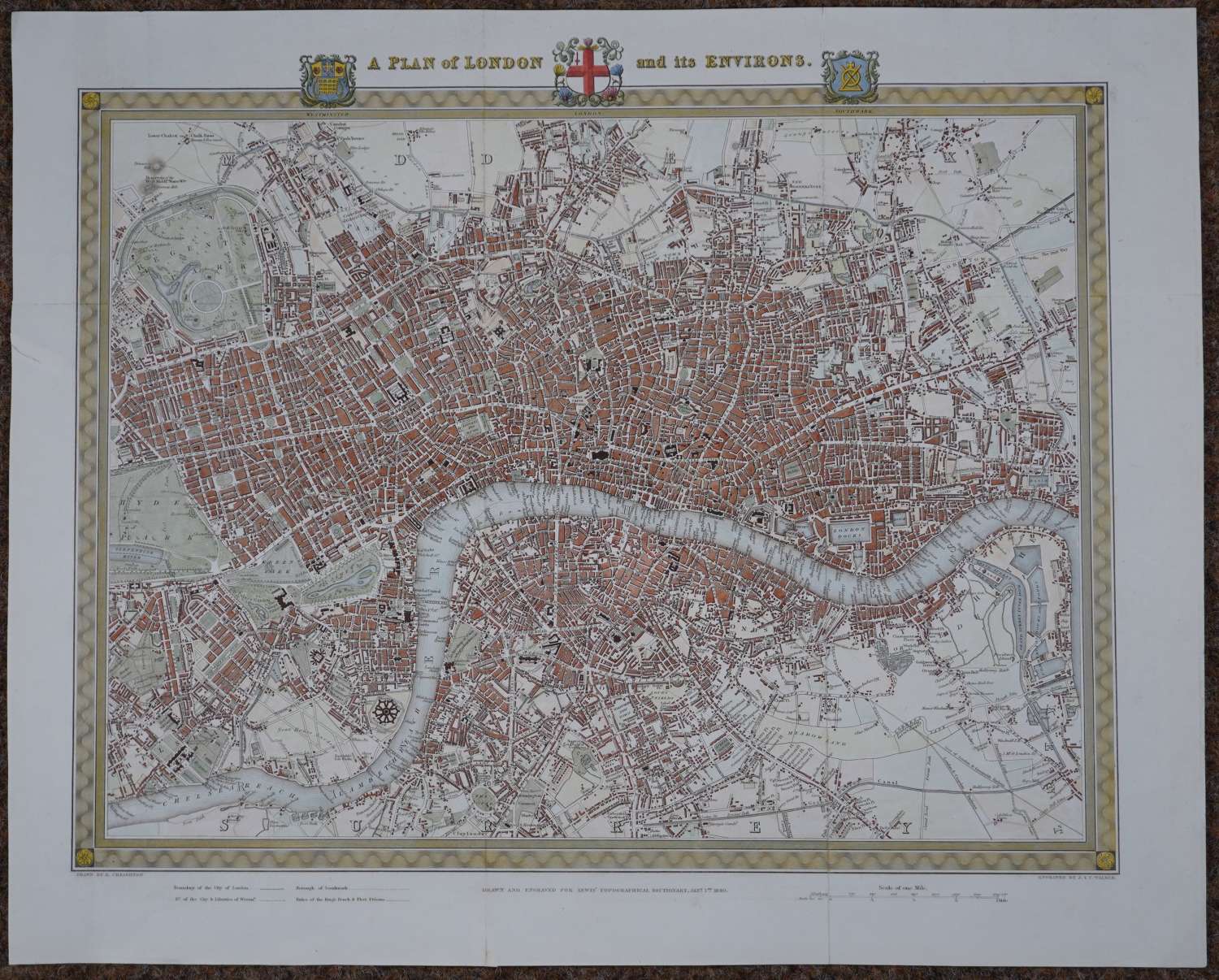 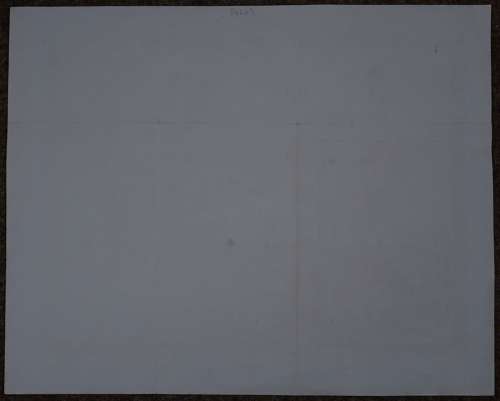 A Plan of London and its Environs by Richard Creighton

Steel engraving ; later hand colouring.  Engraved by J.& C.Walker. Overall size  : 53.9cms.x 43.3cms . Image size : 469mm.x 388mm. Folds as published. Highly detailed finely engraved map.  Tate Britain is shown as Penitentiary House. The plan extends from Chelsea in the South West to Regent’s Park in the North West; from Hackney in the North East to Rotherhithe in the South East.   It is decorated with the crests of Westminster, the City of London and Southwark. All public spaces, parks and major thoroughfares are highlighted. Drawn by Richard Creighton and engraved by James and Charles Walker.   Old folds as issued; two repaired tears in margins, well away from map.  One fold is quite prominent on right side but not damaged else very detailed map in good condition.
Howgego, Printed Maps Of London, 330 (3).