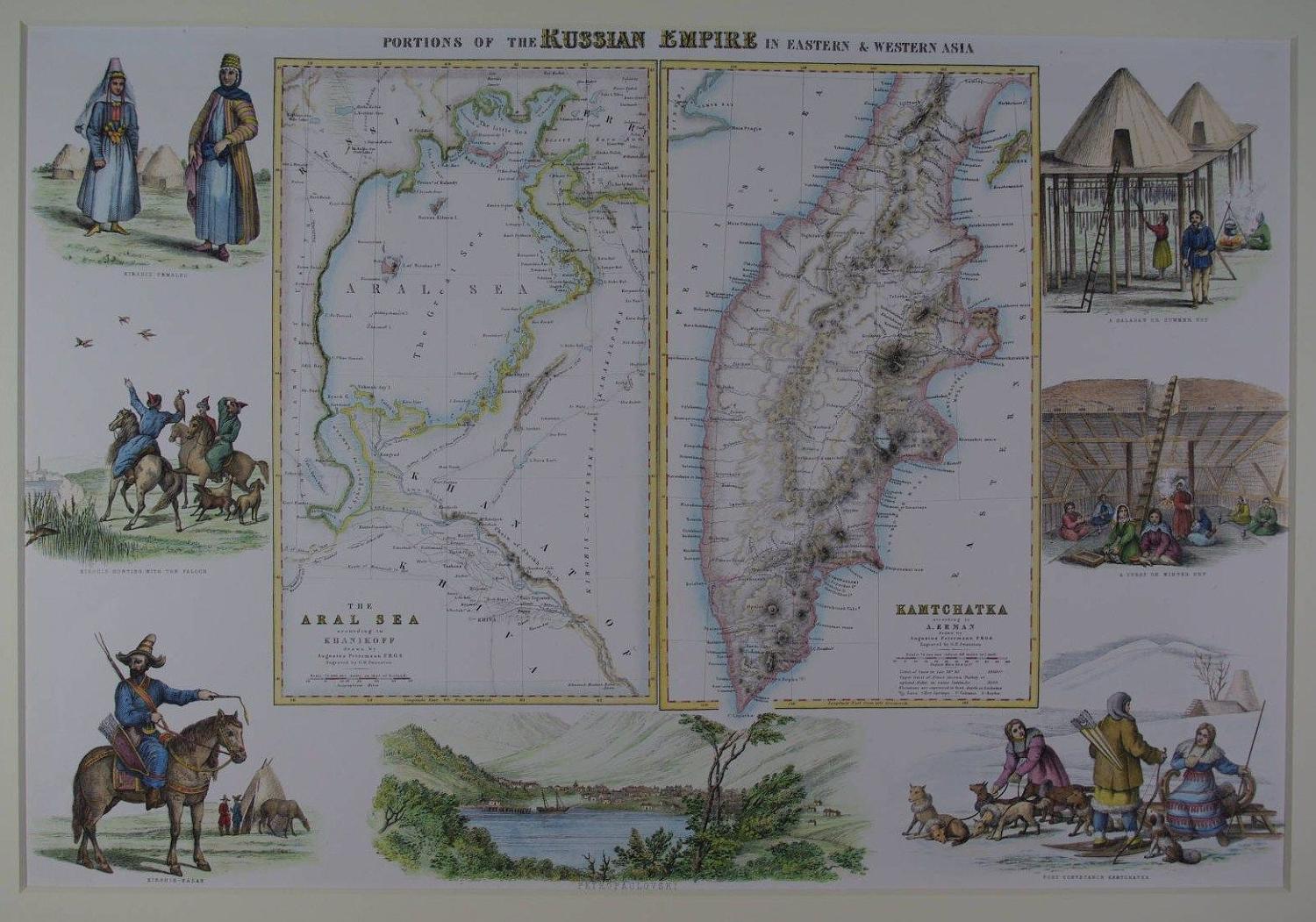 Portions of the Russian Empire in Eastern & Western Asia by Archibald

Long title: Portions of the Russian Empire in Eastern & Western Asia. 2 maps: The Aral Sea according to Khanikoff drawn by Augustus Petermann FRGS engraved by GH Swanston and Kamtchatka according to A.Erman drawn by Augustus Petermann FRGS engraved by GH Swanston. 7 vignettes surrounding these two maps including Kirghiz Hunting with the Falcon, Petropaulovs and a Winter Hut. Lithograph with original and later hand colouring. Overall sheet size in off white fully conservation grade mount and back: 60.4cms x 46.3 cms; image size: 460mm x 312mm. Top mount slightly tight on the letters R and E of Russian Empire else very good condition. Archibald Fullarton and Company were a Glasgow based publisher operating towards the end of the nineteenth century. The company produced a number of atlases, and books containing maps, including Fullarton's Parliamentary Gazetteer Of England And Wales and The Royal Illustrated Atlas, Of Modern Geography. The latter publication featured attractively decorated maps such as this example, with small vignette views of local interest surrounding the engraved map.