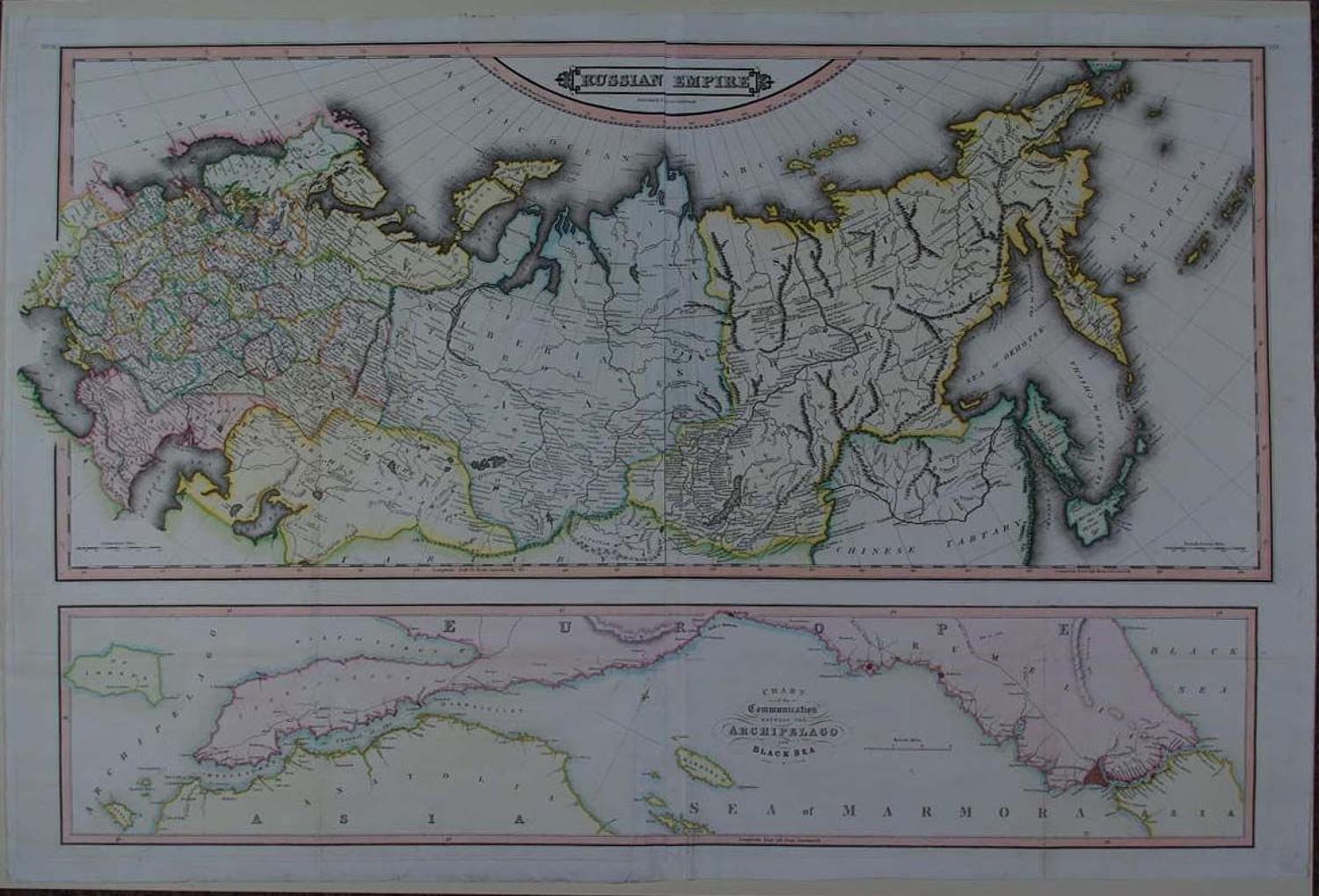 Copper engraving with original and later hand colouring. Overall sheet size: 90.9cms x 59.7 cms. Image size: 832mm x 556mm. 4 Sheets joined; old folds as issued (12cms strengthening on bottom fold on verso and two 4.5cms strenthening either side and one 2cms repaired tear from one of them, repaired and invisible from the front ). Bottom panel across the bottom depicting Chart of the Communication Between the Archipelago and Black Sea. Includes northern part of the Black Sea with Hellespont or Dardanelles, Sea of Marmora and Bosporus or Channel of Constantinople. (1793 - 1875) Daniel Lizars was both an engraver, printer and publisher. He was born in Edinburgh and was the son of Daniel Lizars and younger brother of William Home Lizars. After the death of his father, Daniel Lizars continued his father's engraving and printing business with his brother in the tradition of Cary, Thomson and Pinkerton producing detailed, clear, beautifully hand coloured maps. However he declared bankruptcy in 1832. He then emigrated with his family to Canada the following year and settled on Lake Huron.His important library, a collection of some 650 volumes of unique Scots-Canadian interest was acquired by the McLaughlin Library of the University of Guelph in 1982. William Lizars continued publishing until his death in 1859 when the firm was acquired by W. & A.K. Johnston, who carried on the Lizars tradition.