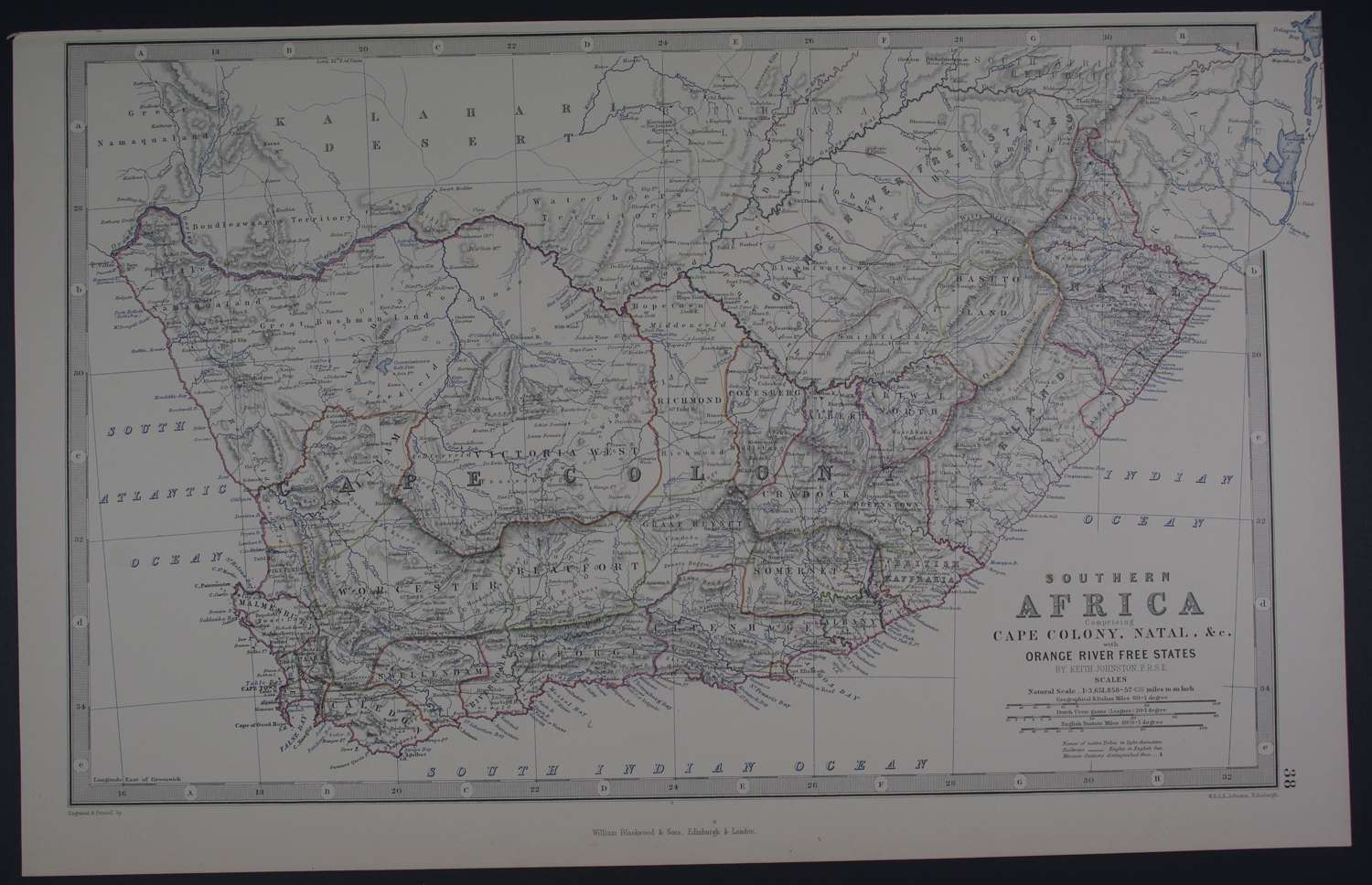 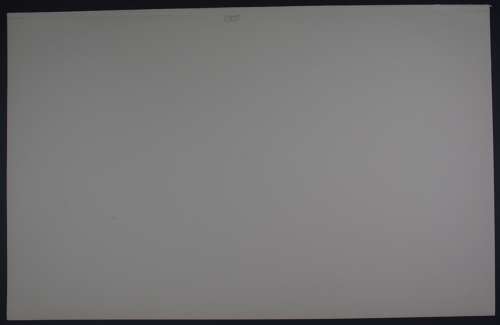 Steel engraving with original outline hand colouring. A very detailed map of the the region : The names of the native tribes are in light characters, mission stations and Railways marked as are  as are towns, rivers lakes etc The whole surrounded by an attractive ‘piano key’ border. Overall sheet size: 48.6cms x 31 cms ; image size: 442mm x 295mm including imprint.  Some toning and odd spot to margins else very good condition.

he firm of W. & A.K. Johnston was one of the major map publishing houses of the 19th century. William Johnston (1802–1888) and his brother Alexander Keith Johnston (1804–1871) originally trained as engravers, and founded the firm in 1826. Their offices were based in St Andrew Square in Edinburgh's New Town, with their printworks based at the Edina Works, off Easter Road. Keith Johnston became Geographer-Royal for Scotland in 1843, whilst William later became Lord Provost of Edinburgh and was knighted. (National Library of Scotland).