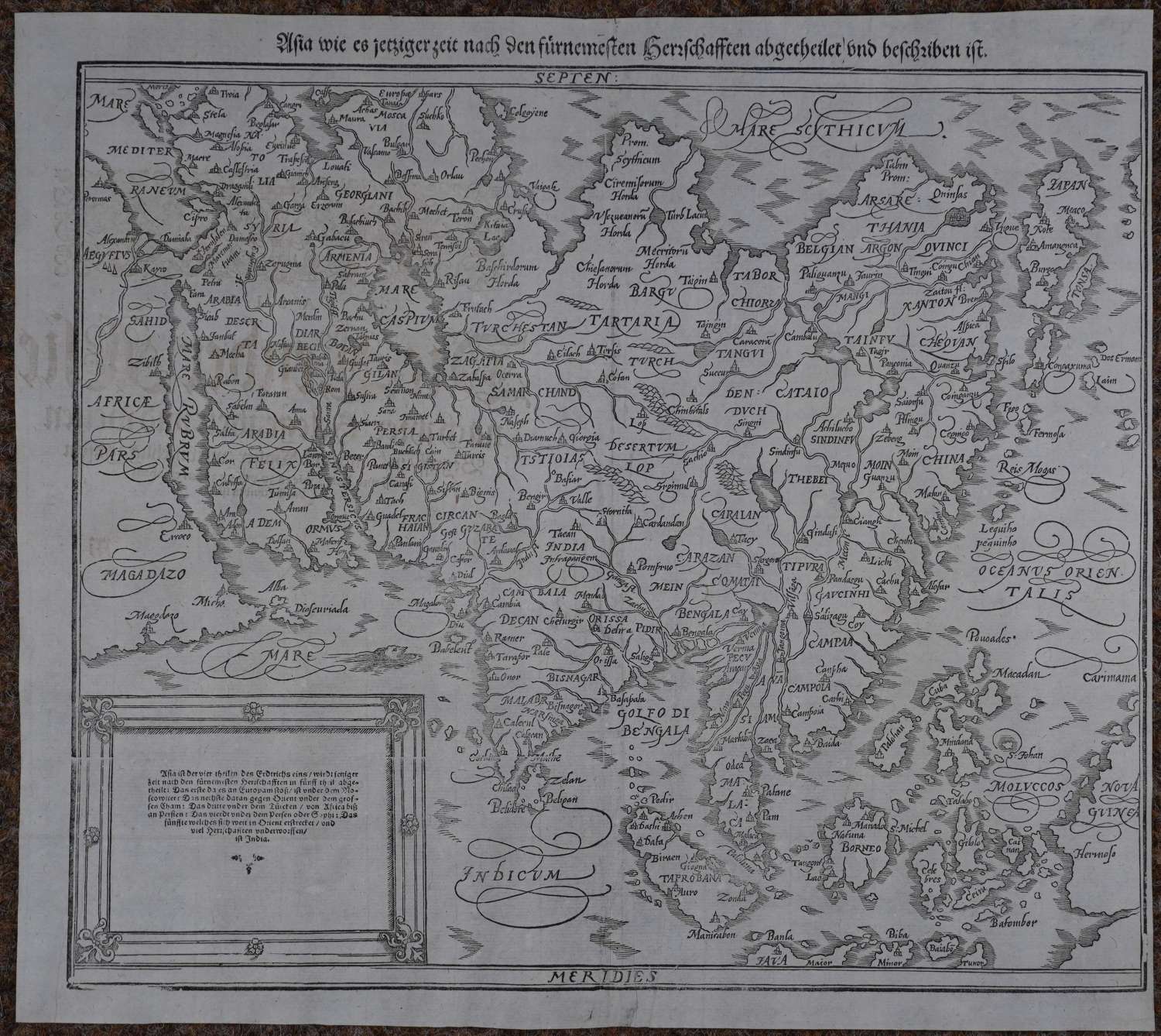 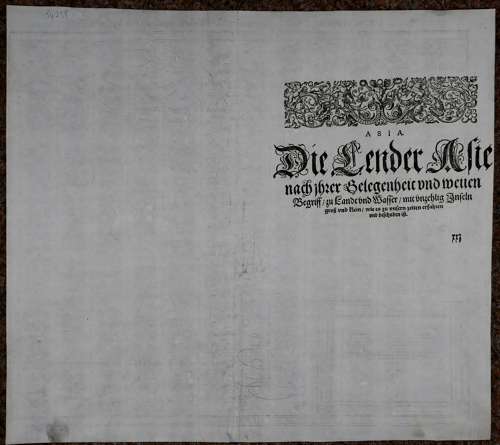 Woodcut map, uncoloured as issued published in Basle circa 1588. Overall sheet size: 37.6cms x 33.6cms ; image size: 357mm x 318mm.   This is what is generally considered the second Munster map of Asia, published by Henrich Petri in 1588. Following the model established by Ortelius 1567 "Asiae Nova Descriptio", this map covers from the Mediterranean to Japan and from the Arctic to Java. Relief is rendered in profile and numerous towns and cities are noted. Sumatra is identified as "Taprobana" and Japan appears in its kite-form and is based upon Jesuit sources. The great rivers of Southeast Asia, the Mekong, Chao Phraya, Irrawaddy, and Brahmaputra, are drawn as originating from a large lake in the mountains of what is today northern Thailand . The islands of East Indies are  collectively identified here as the "Moluccos".

One of the most important map-makers of the 16th.century, Sebastian Munster was born in Ingelheim, Germany. In 1505 he joined the Franciscan order and was eventually sent to the monastery in Rufach where he studied Hebrew, Greek, mathematics, cosmography and later, astronomy. After 1514 Munster's interest in cartography began to develop and his notebooks from that time show numerous maps drawn by him. He became a professor of Hebrew first at Heidelberg University and then at Basle where he lived the rest of his life.

In 1540 he published an edition of Claudius Ptolemy's Geographia which contained 48 woodcut maps. A number of these were new maps which represented a significant contribution to the mapping of Europe and both the maps and the text exerted a considerable influence on his successors.
In 1544 Munster published his major work, the Cosmographia. This volume represented virtually all that was then known of the world in mapping terms. There was also a huge amount of detailed information contained in the text together with several hundred woodcuts.

The Cosmographia continued to be published long after Munster's death of the plague in 1552 and altogether 46 editions were produced including issues in German, Latin, Italian and French. As a  geographer, his greatest achievement was the Cosmography, a book which, in the words of Gerald Strauss,’taught nearly three generations of laymen most of what they knew about the world beyond their native places’.  Robert W. Karrow, Jr.  Mapmakers of the Sixteenth Century and Their Maps’.