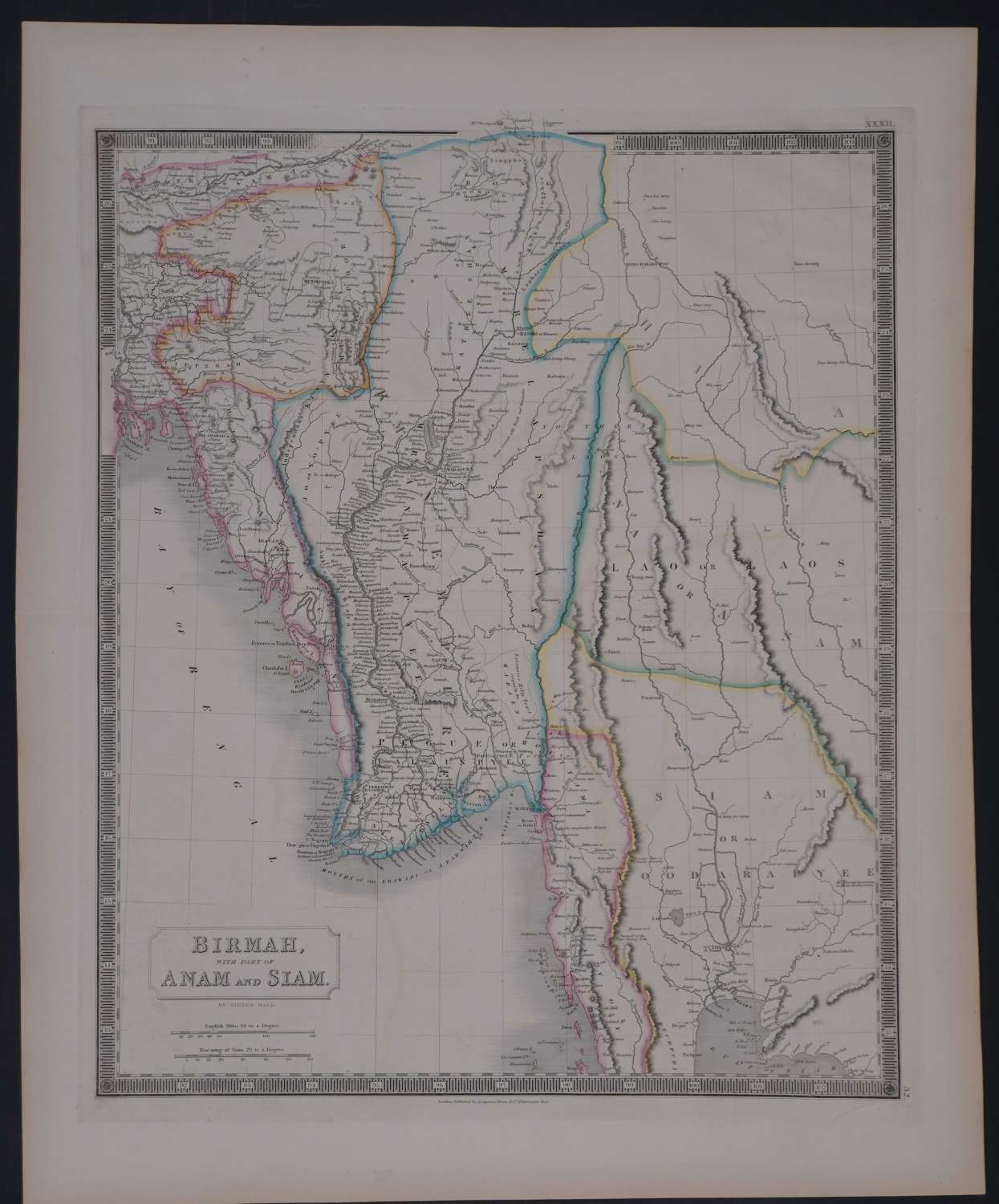 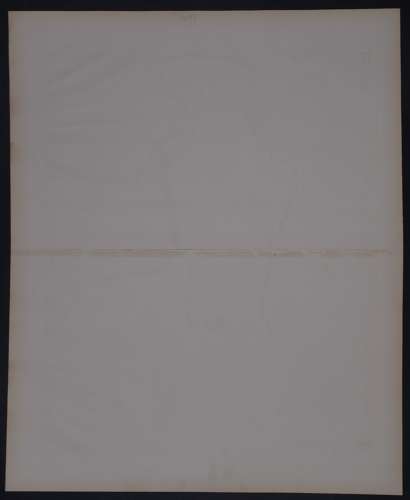 Birmah, with part of Anam and Siam by Sidney Hall

Steel engraving with original hand colouring. Centrefold as published.  Overall size 50.2cms x 61.7cms; image size: 421mm x 523mm. Piano key border.  Shows Burma (Myanmar) at a pivotal time in its history after the first Anglo-Burmese war, the loss of which caused great economic hardship and loss of territory for Burma.  Also includs Thailand (Siam) and Laos. Massive detail of place names on either side of the Irrawaddy River north through Mandalay (Amarapura) and up to Mount Phoongan. The river journey to Mandalay had become well-known to British expansionists. Tribes mentioned including the Karen (’Extensive Hilly Tract occupied by the Karaen’).  This tribe was rarely mentioned on maps but was known by Europeans since the Sixteenth century. There is considerably less detail east of the map.  Faint brown mark from in Bay of Bengal probably some light offsetting but not obtrusive - see magnified image- else very good condition.