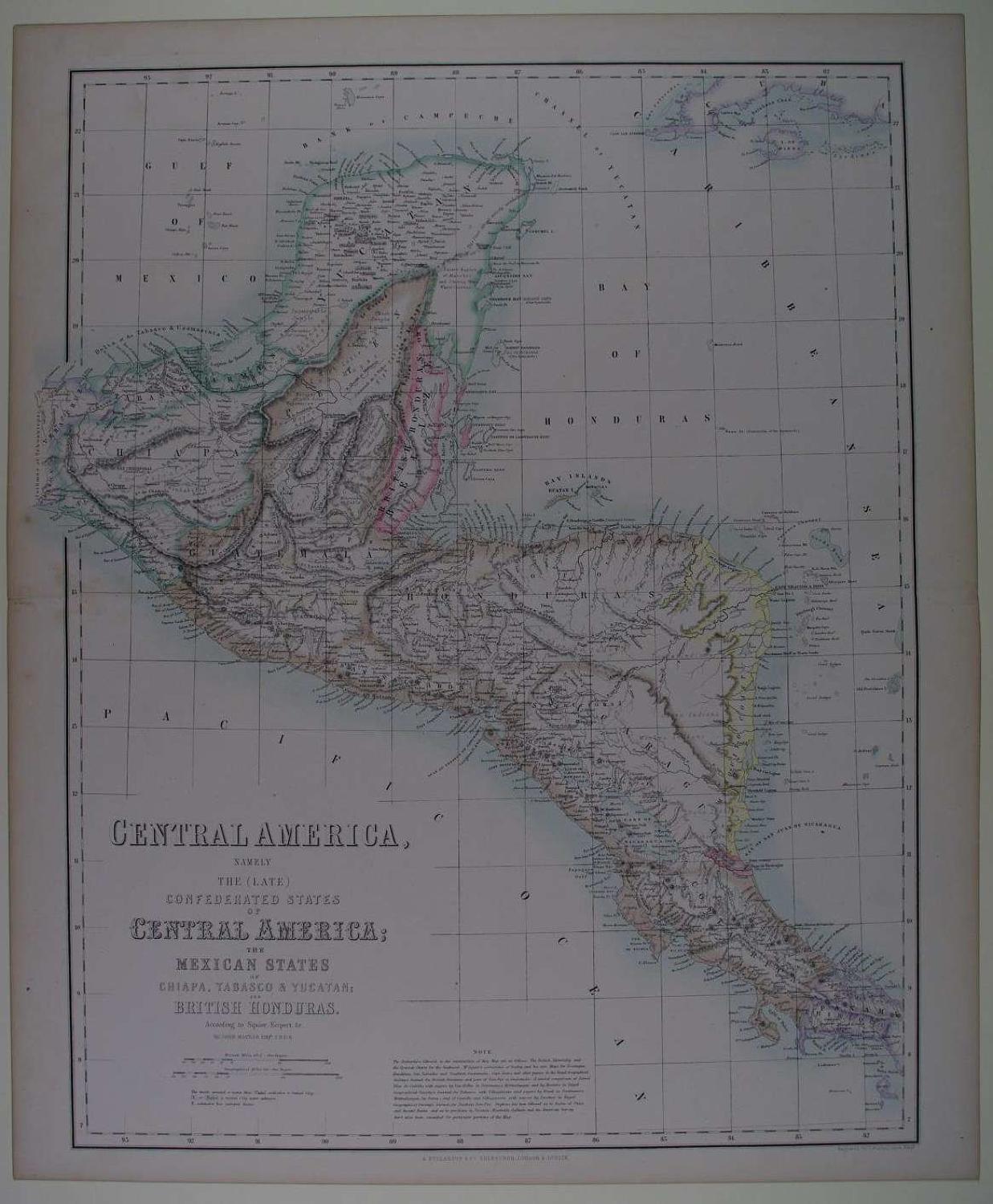 Engraved with original colour (printed and hand finished) Overall size: 46.8cms x 56.8cms. Image size: 408mm x 526mm. Centrefold as issued. Toning to margin edges. Note on the map states as follows: The Authorities followed in the construction of this Map are as follows. The British Admiralty and the Spanish Charts for the Seaboard: Mr Squier's corrections of Bailey and his own Maps for Nicaragua, Honduras, San Salvador and Southern Guatemala: Capt Owen's and other papers in the Royal Geographical Society's Journal for British Honduras and part of Vera Paz in Guatemala: A careful comparison of Bernal Dios de Castillo, with papers by Van Heller in Petermann's Mittheilungen and by Masters in Royal Geographical Society's Journal, for Northern Vera Paz. Stephens has been followed as to Ruins of Cities and Ancient Ruins; and as to positions in Yucatan, Humboldt, Gallindo and the American Survey have also been consulted for particular portions of the Map. Very good condition apart from very light speckling at centrefold left - see magnified image otherwise very good condition of a historically fascinating map. The first publication of this atlas appeared in eighteen separate parts between 1852 and 1861 as the geographical companion to Fullarton's Gazetteer of the World (Wardington Catalogue)