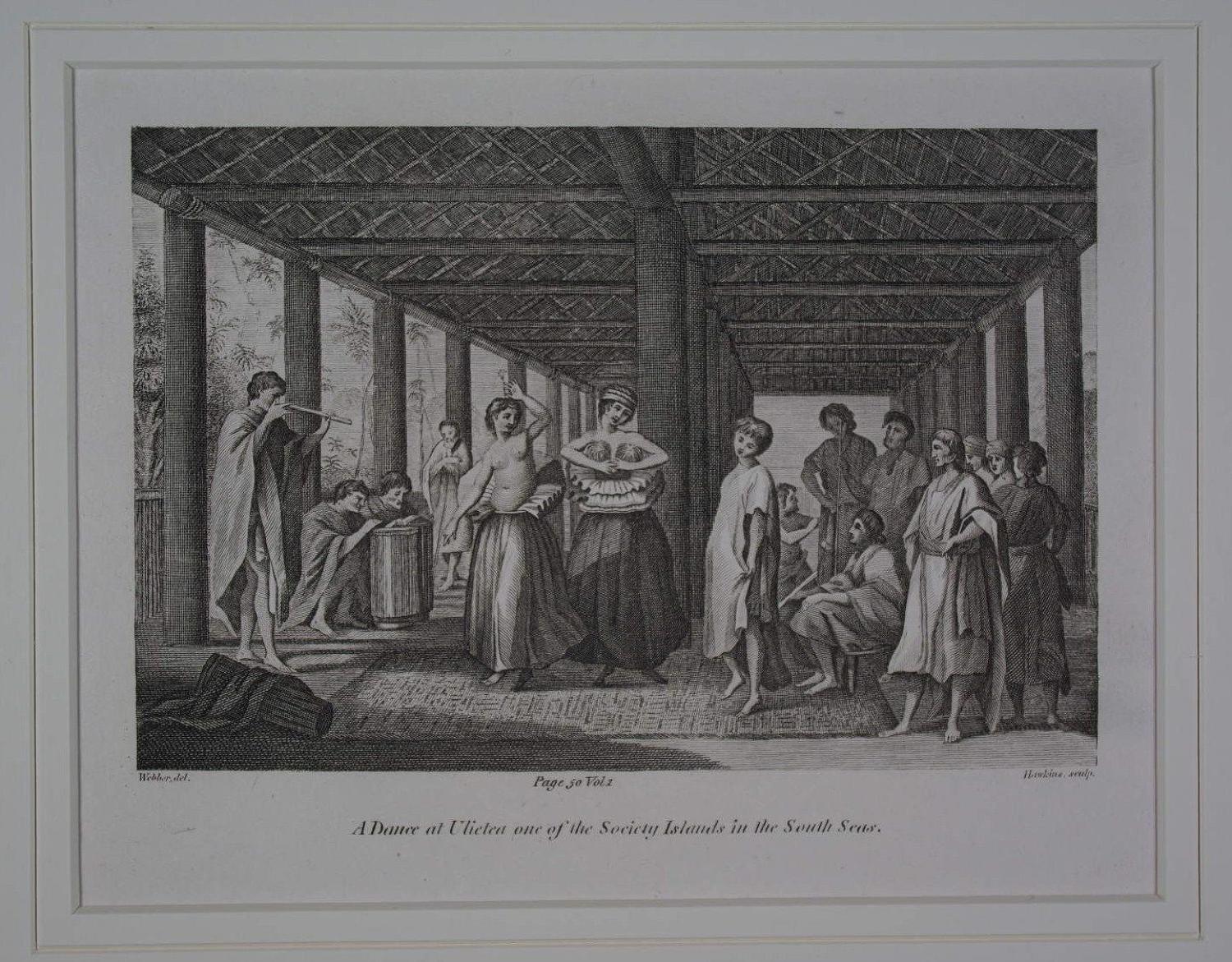 A Dance in Otaheite by Webber

Copper engraving. Engraved by Hawkins. Overall size in: 33.8cms.x 30.5cms. Image size : 174mm.x 132mm in hinged off white fully conservation grade mount and back with decorative v groove: 30.5 cms x 37.7cms; 124mm x 179mm. John Webber (printmaker; painter/draughtsman; British; Male; 1751 - 1793) Painter and etcher. Born in England to Swiss parents; trained in Switzerland under Aberli, and later spent five years in Paris. In London again in 1770s. Exhibited RA in 1776, which led to appointment to accompany Captain Cook on the 3rd voyage to the South Pacific 1776-80. On return produced drawings for the official publication, and later in 1787-92 published his own set of views of the South Seas. (Information: British Museum)