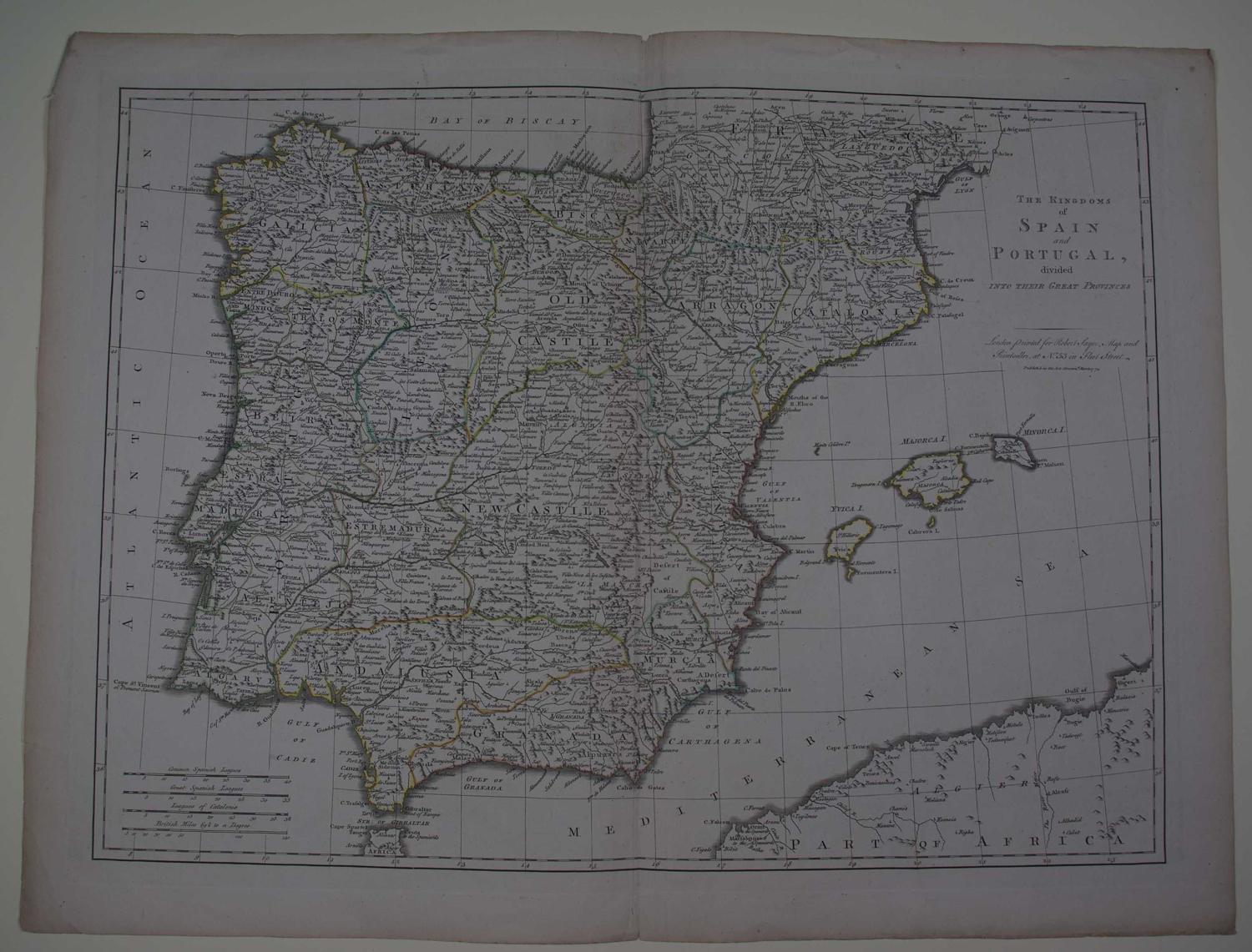 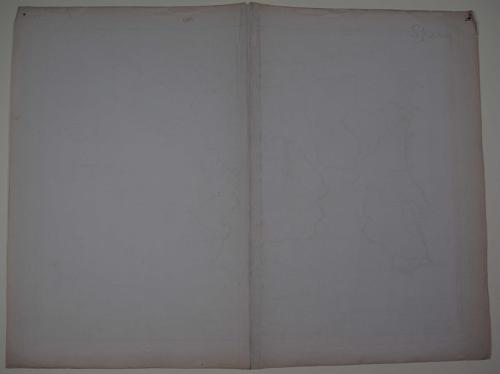 The Kingdoms of Spain and Portugal divided Into their Great Provinces

Copper engraving with original outline hand colouring. Overall sheet size: 72.3cms x 54.5cms; 638mm x 46.7mm. Centrefold as issued. 8 mm split top margin well away from map, small nick extreme bottom margin ; slight dusting to blank areas but barely worth mentioning; browning to extreme sheet edges else very good condition. Robert Sayer (1725? - 1794) was born in Sunderland and may have worked as a clerk in the Bank of England. His elder brother married Mary Overton, widow and successor of the map maker and publisher Philip Overton and after a period working with her Robert Sayer had taken over the business by December 1748. Sayer supported the map maker Thomas Jefferys when he experienced financial difficulties and subsequent bankruptcy and in return acquired both printing plates and unpublished manuscript materials. Sayer acquired more from Jefferys' estate, which he used to great benefit during the American Revolutionary War. His employees Robert Laurie and James Whittle succeeded him on his death. A portrait of Sayer, his second wife and a son and his fine mansion in Richmond was painted by John Zoffany. British Map Engravers Worms and Baynton-Williams p 587