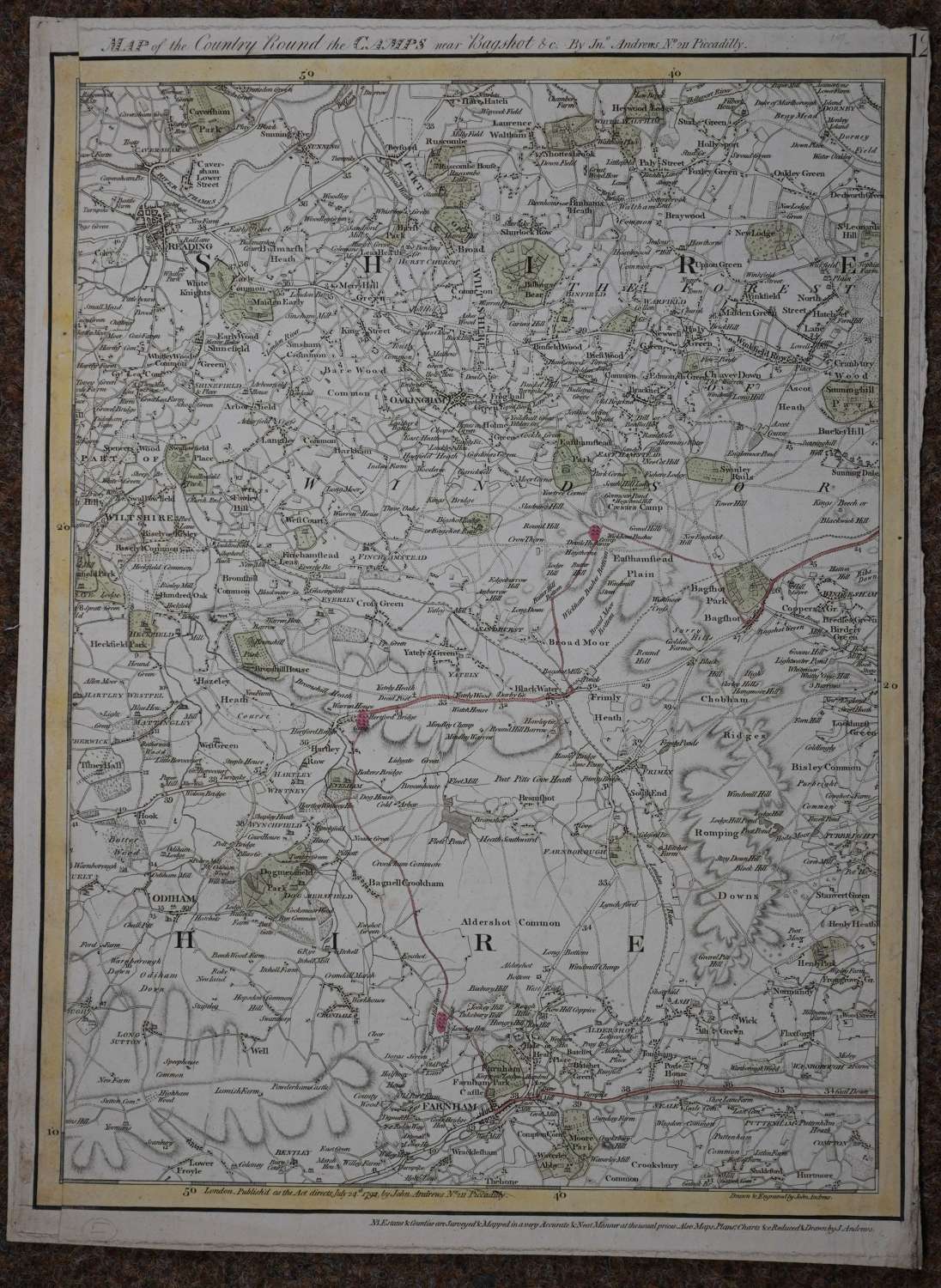 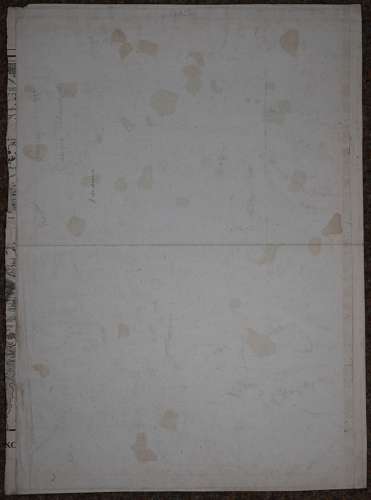 (Surrey) Map of... Camps near Bagshot by James Andrews

Copper engraving drawn and engraved by John Andrews.  Long title: Map of the Country Round the Camps near Bagshot etc  by Jn Andrews no 211 Piccadilly.  Number 12  printed top right hand corner. Possibly sheet 12 from Andrews’ A map of the country sixty five miles round London, extending north to south 190 miles and from east to west 150 miles and individual sheets from this were used in ,’An accurate of the country twenty-five miles round London 1777’ so it could be a later printing of this.Copper engraving with original hand colouring.  Overall sheet size: 38.3cms x 52 cms; image size: 365mm x 503mm. Slightly ragged edge to the right and strengthened on the edge on verso by a strip of a similar map; left hand margin has been added but appears contemporaneous.  Centre fold as published.  In 1792 the Great Military Camp was held on Bagshot Heath , when 5000 troops spent the summer under canvas.  On the day that King George III reviewed the troops 150,000 horsemen were present.  This was the time