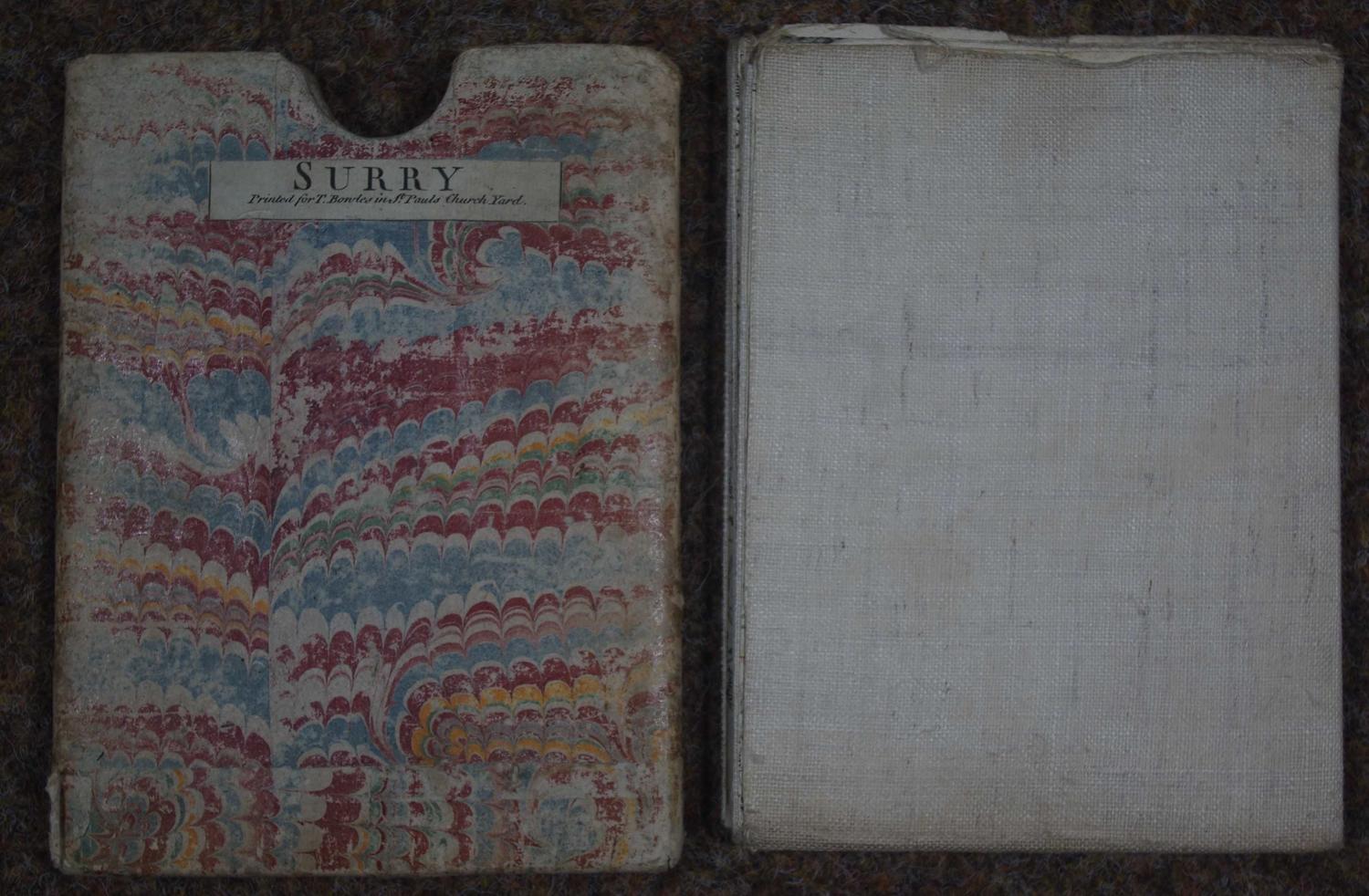 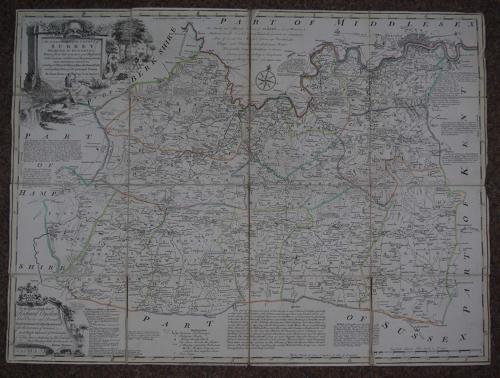 An Accurate Map of Surrey by Emanuel Bowen

Folding map. Dissected into 16 squares and laid on linen and folding into marbled slipcase with title in black ('Surry' as oppose to title on map,'Surrey') and publisher's imprint. Long title: An Accurate Map of Surrey Divided into its Hundreds. Drawn from late Surveys, and Illustrated with various additional Improvement also Historical Extracts relating to Natural History, Manufactures, Trade and present State of its principal towns. Copper engraving. Original outline hand colouring. Overall size : 72.4cms.x 54cms. Image size : 718mm.x 530mm. Decorative cartouche at top right with dedication cartouche at bottom left. Folds into slipcase 14cms wide x 18.5cms; slipcase worn at fingerhole and bottom left of case. Some dusting and marking top blank - see magnified image- margin turned under right side and some squares a little proud of linen; some marking on linen back else good condition. Tight fit in slipcase. London is shown on the other side of the Thames and Brixton, Peckham, Camberwell, Clapham all shown in detail on this map as part of Surrey. Fascinating map containing much historical information, finely engraved and in good condition in its original slip case. This map was produced for inclusion in the Large English Atlas which was the finest county atlas produced in the 18th.Century and was the largest scale atlas produced to date. Clearly engraved with panels of text in the areas surrounding each county describing the commerce and the state of the principal cities. Hodson County Atlases of the British Isles vol II p 130 (h) Printed for R Wilkinson, Laurie & Whittle, and Bowles and Carver.