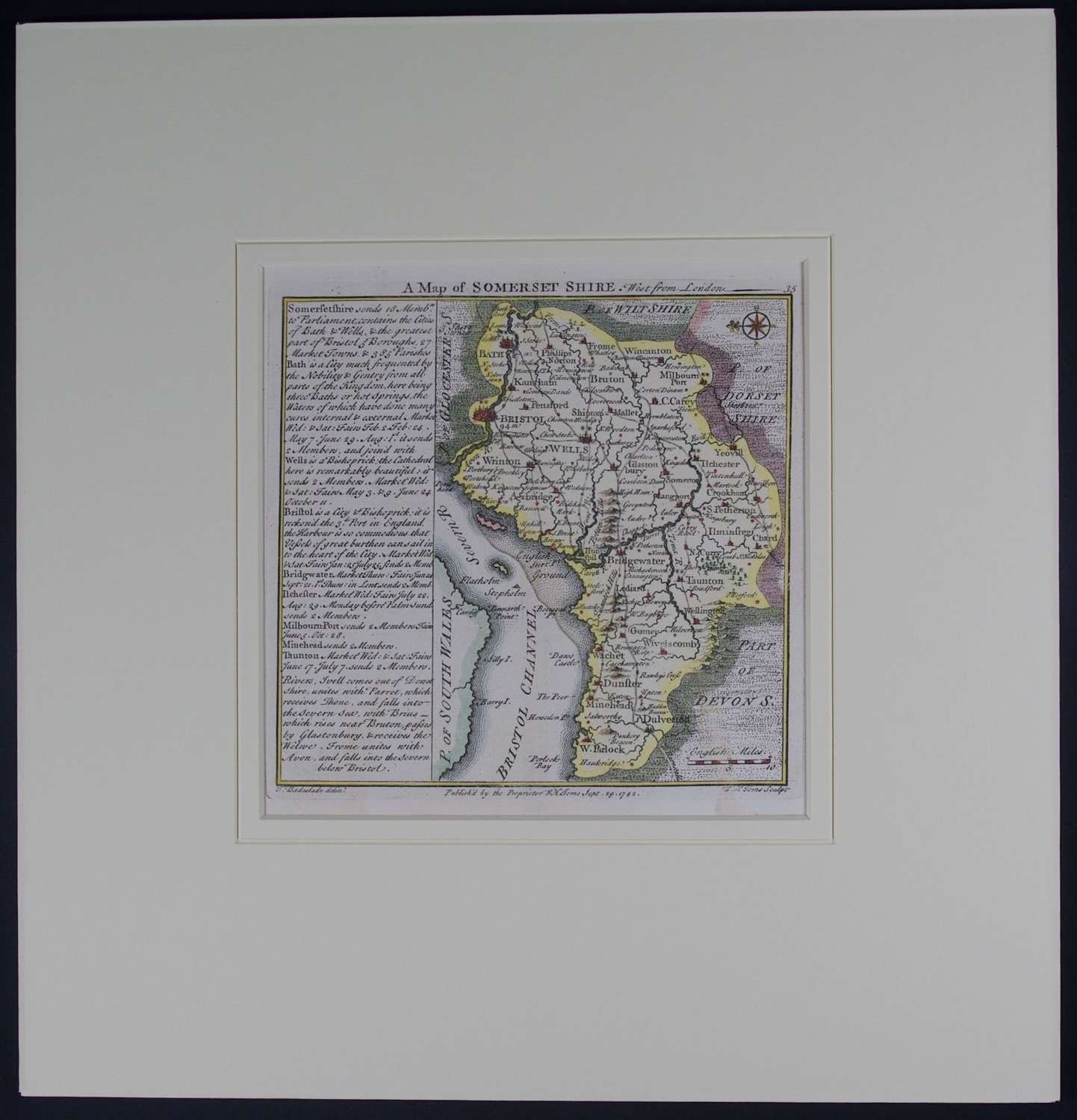 A Map of Somerset Shire by Thomas Badeslade

‘ West from London’.   Copper engraving, hand coloured .Engraved by W.H.Toms. Second Edition. Overall size in off white conservation grade  mount and back with decorative v groove : 29.8cms.x 31.1cms.approx.  Image size : 147mm.x 155 mm.approx.  Scale of distance  bottom right. Centre fold, as published.  Badeslade was a surveyor and engineer involved in waterway improvement schemes, as well as an accomplished draughtsman. The map has text describing towns, fairs and markets down the side of the map and also details how many members of Parliament are sent by each area. This map is from  ‘Chorographia Britanniae’, a pocket atlas which according to Badeslade himself was originally compiled for the use of George I.  Very good condition apart from faint brown mark bottom margin and into ‘ Part of Devon s.’