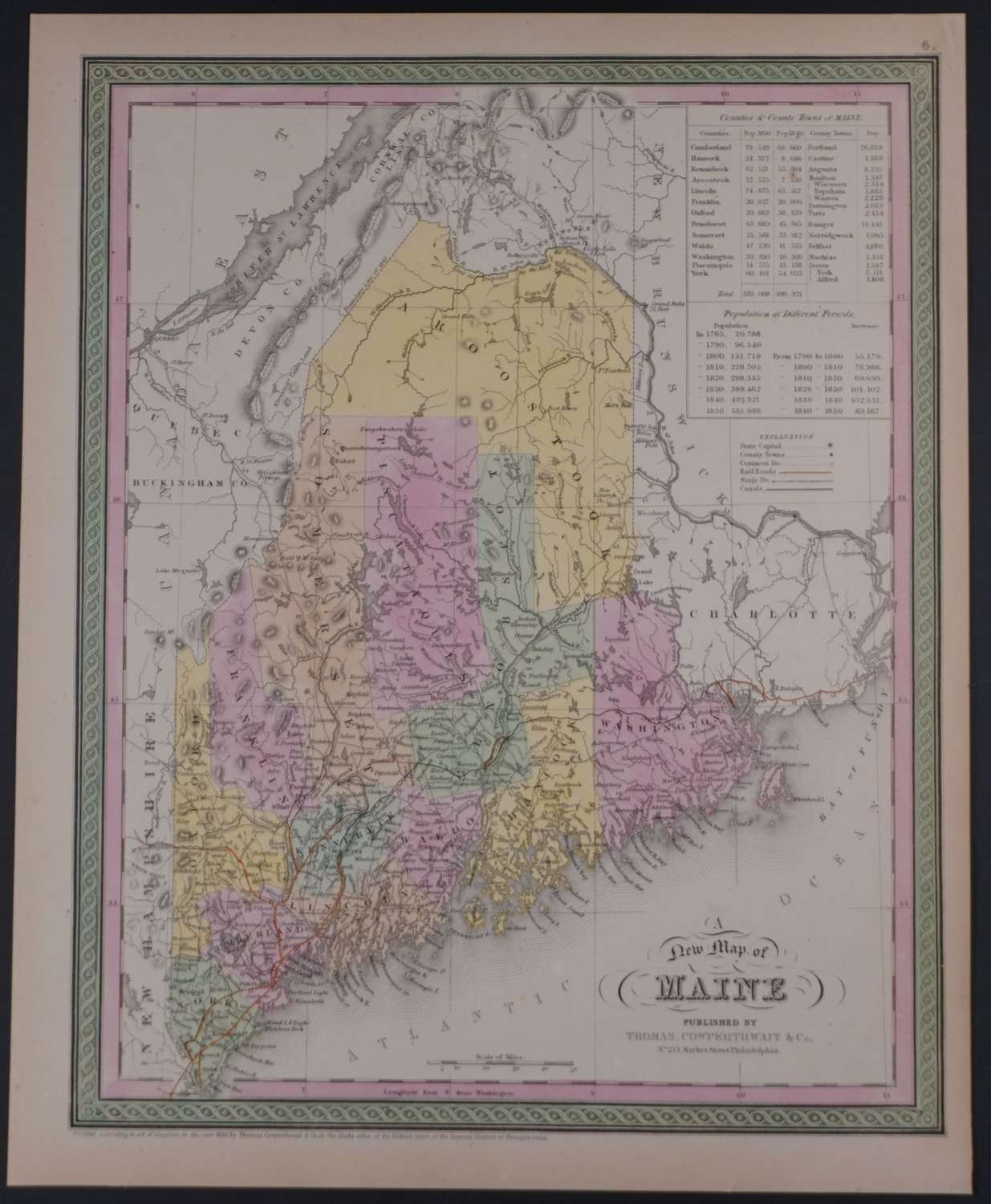 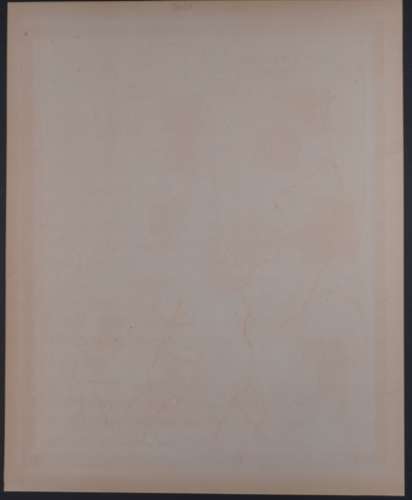 A New Map of Maine by Thomas Cowperthwait & Co

Published 1855 in Pennsylvania, dated 1850 .  Lithograph with original full wash hand colouring. Overall sheet size: 33.7cms x 42cms; image size: 307mm x 388mm.   Characteristic green decorative border and pastel colouring.
Maine became a state in 1820 but  its northern border was the subject of a dispute between the US and Canada.  The King of the Netherlands was called on to settle this and drew up his own border. A treaty established this in 1842.  The lines of the various borders, 1783, 1842 and that of the King of the Netherlands  are clearly marked in the north.  The final border of 1842 gives up more land to Canada. Box at top right detailing the populations