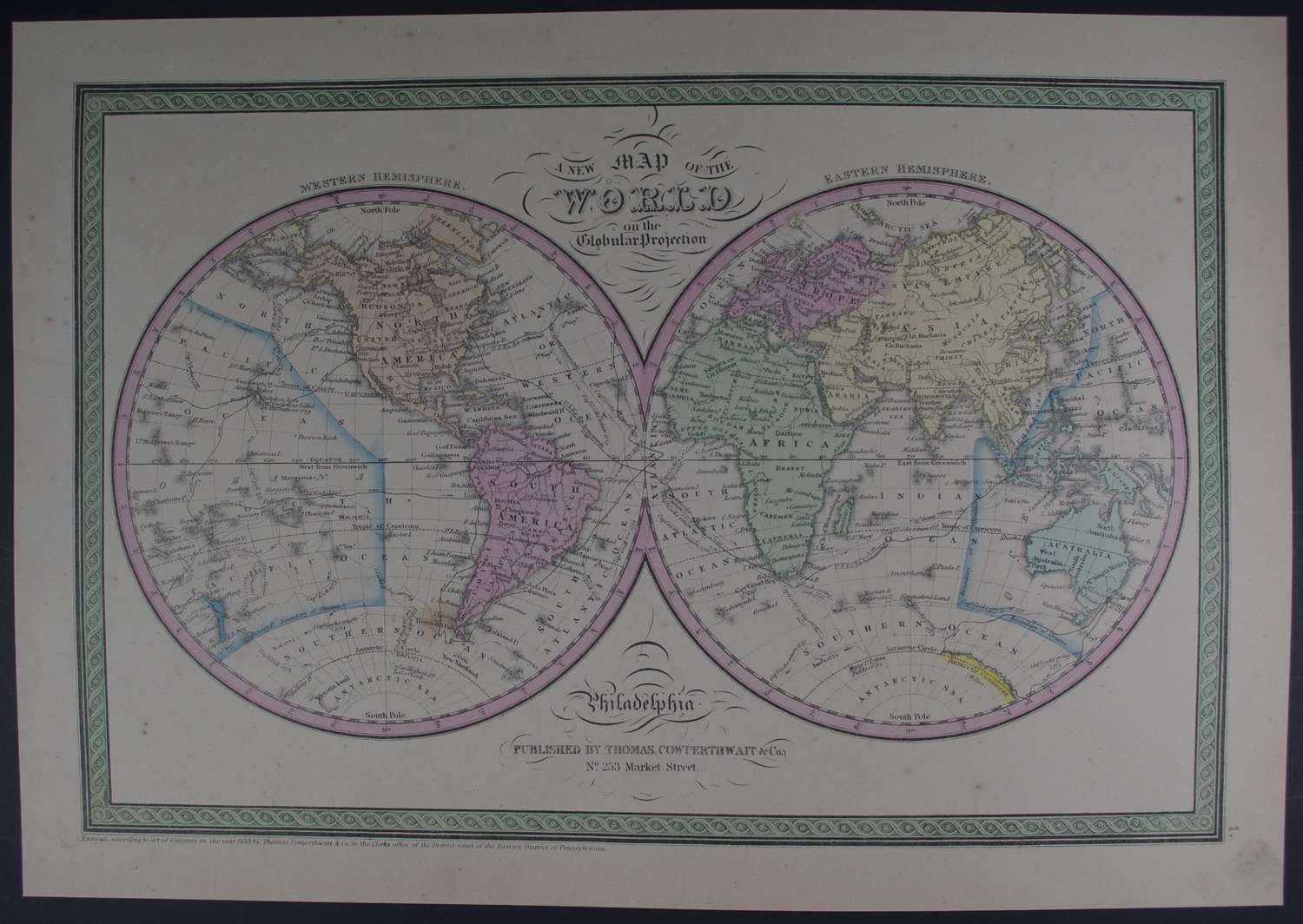 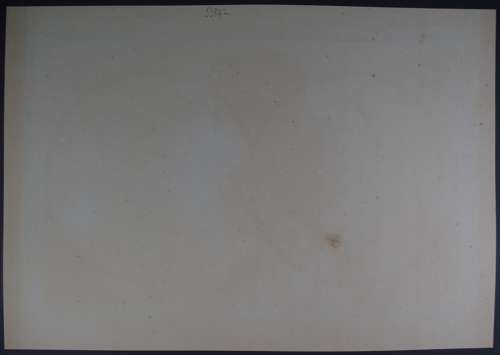 A New Map of the World... by Thomas Cowperthwait & Co

Published 1854 in Philadelphia.  Lithograph with original full wash hand colouring. Overall sheet size: 40.2cms x 28.1cms; image size: 363mm x 243mm.   One fox spot off tip of South America .  Coloured according to continents; voyages of Captain Cook, Wilkes and others marked and the site of Cook’s death on Owyhee is noted.   Spotting to margins else good condition with the distinctive green border and pastel colouring of the Cowperthwait’s work. Overall toning and a few fox spots in blank areas surrounding the hemispheres but very attractive map nonetheless.