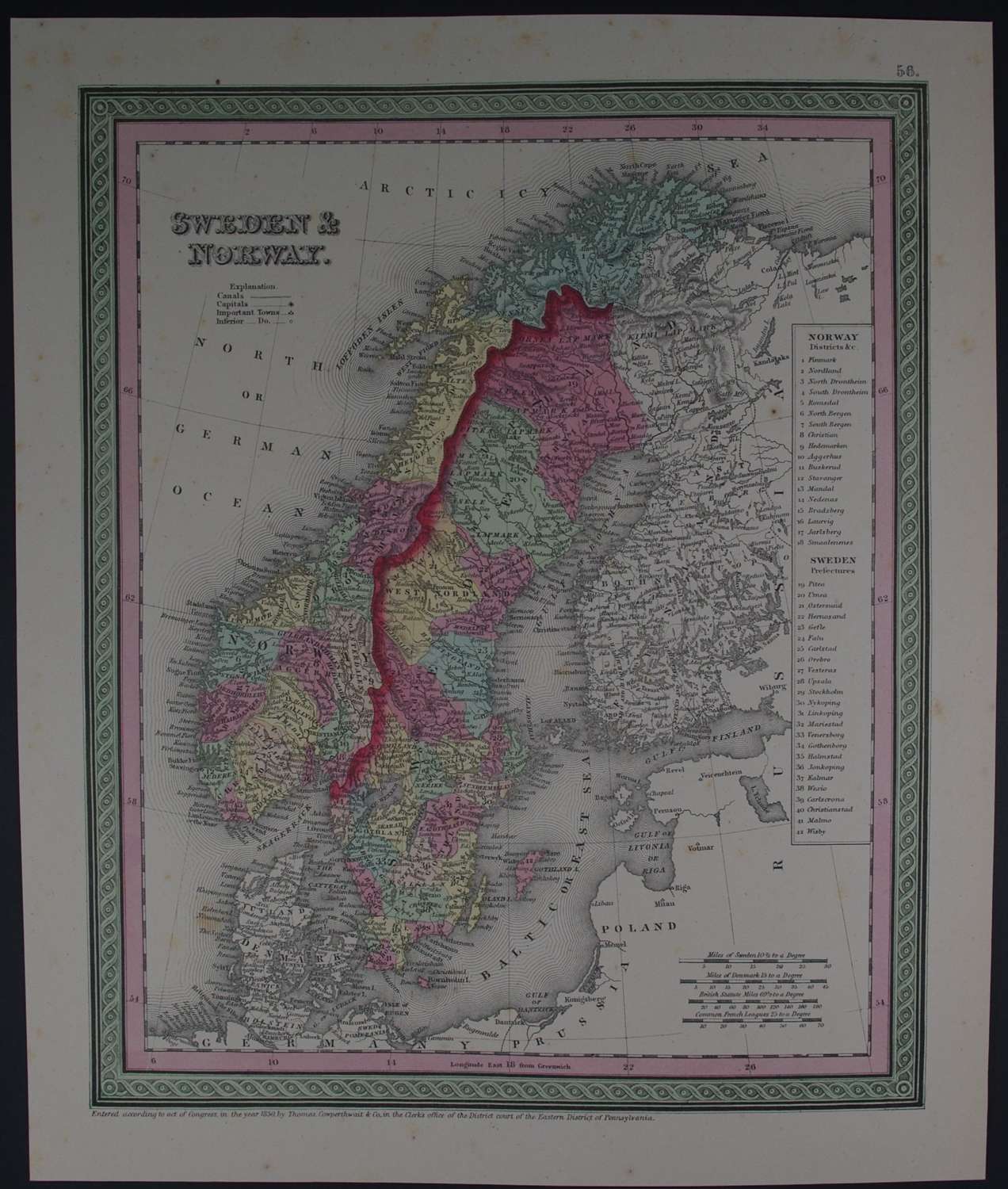 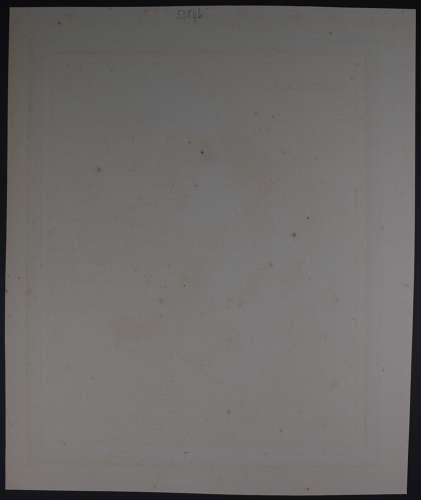 Published 1855 in Pennsylvania, dated 1850 .  Lithograph with original full wash hand colouring. Overall sheet size: 41.1cms x 32.9 cms; image size: 362mm x 292mm.   Characteristic green decorative border and pastel colouring.  Districts and Prefectures differentiated by colour ; some fox spots in North or German Ocean, not obtrusive, one in near A of Russia ; margins speckled but a mount would cover this.  Beautiful colouring and nicer than it sounds.