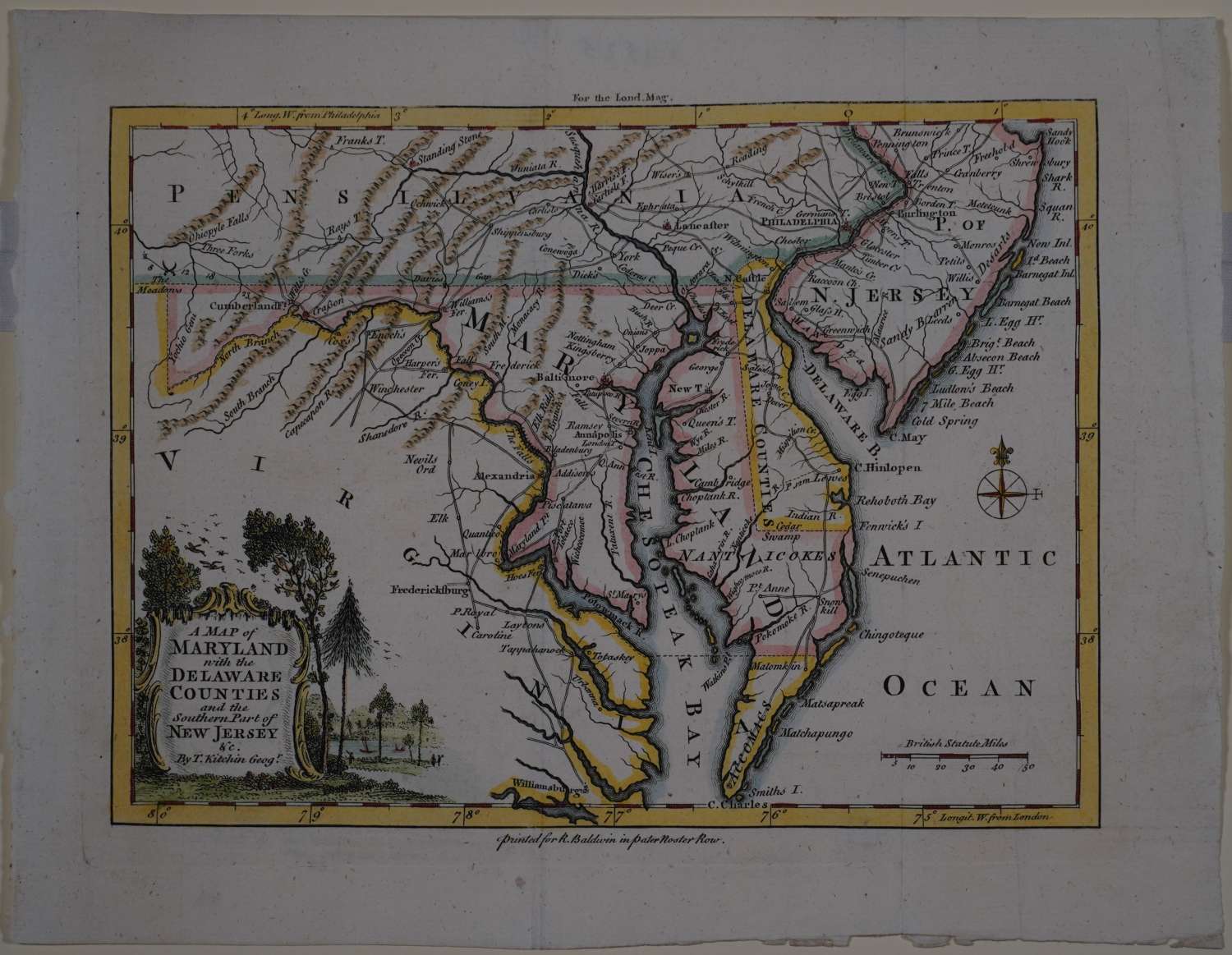 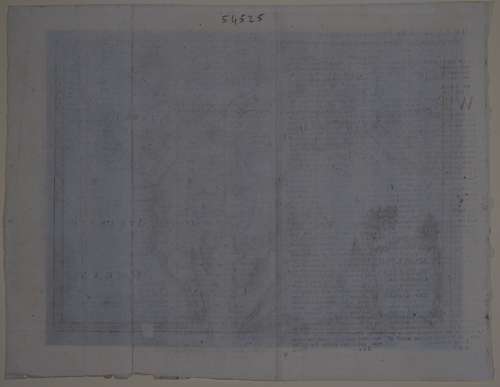 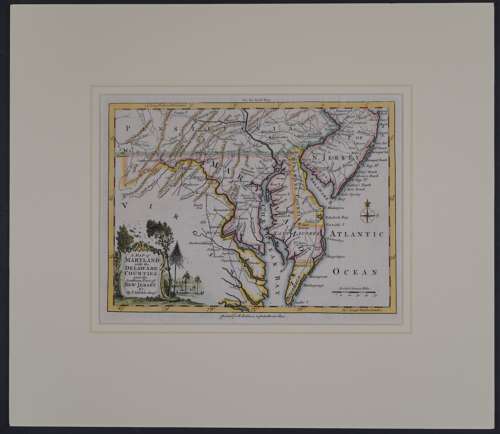 A Map of Maryland with the Delaware Counties...by Thomas Kitchen

1757 map depicting Maryland, Delaware Counties and the southern part of New Jersey. Copper engraving with later hand colouring.  The map is detailed with roads, portages, forts, towns and villages, watershed and mountains. Printed for R. Baldwin in Pater Noster Row, and appeared in the August 1757 issue of the London Magazine.  Overall size is conservation grade mount and back with decorative v groove: 37.8cms x 33cms ; 223mm x 172mm.
The map is drawn from John Mitchell's seminal map of the British Colonies in North America and is on nearly the same scale.

Thomas Kitchin (1718–1784) was an important English engraver and cartographer, who became hydrographer to the king. He was also a writer, who wrote a history of the West Indies.  He was born in Southwark, and was apprenticed to cartographer Emanuel Bowen in 1732.  Kitchin died in June 1784 and is buried in St Alban's Cathedral.