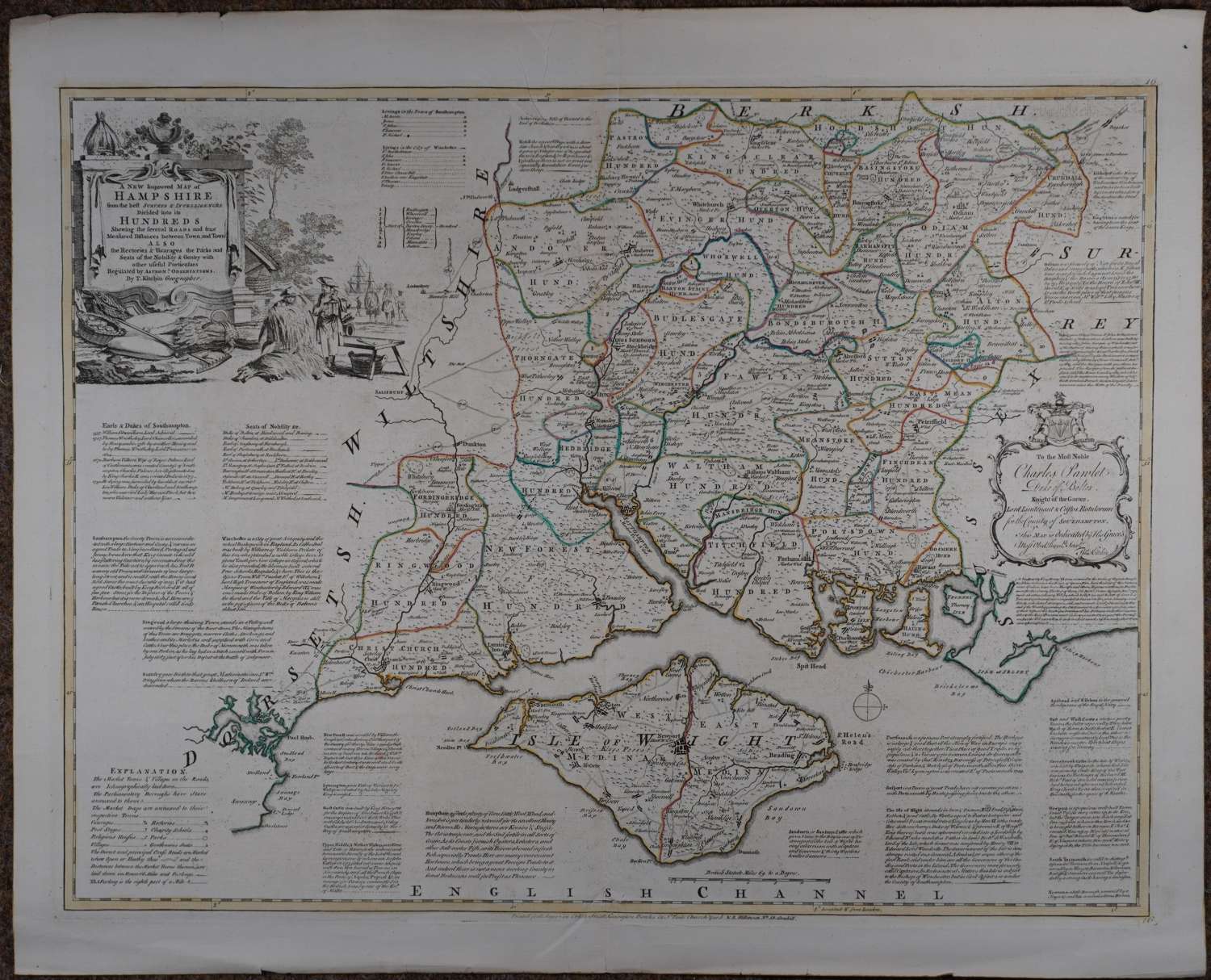 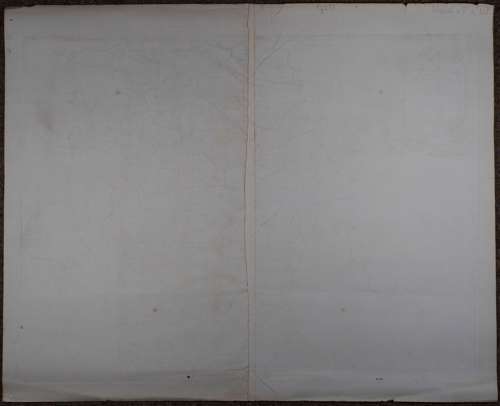 A New Improved Map of Hampshire by E Bowen,T Kitchin

Copper engraving with original outline hand colouring.  Long title: A New Improved Map of Hampshire from the Best Surveys and Intelligence, Divided into its Hundreds ; Shewing the Several Roads and true Measured Distances between Town and Town. Also the Rectories & Vicarages; the Parks and Seats of the Nobility and Gentry; with other useful Particulars.Divided into its Hundreds. Drawn from Surveys and illustrated with various additional Improvements; Also Historical Extracts relating to its Trade, Manufactures, Natural History, &c not extant in any other map.  Overall size : 74.8cms.x 60.6cms. Image size : 683mm.x 522mm. Decorative cartouche at bottom right; dedication cartouche at top left; scale of distance at bottom left.Centre fold as issued; some background black speckling in  blank areas, occasioned during the printing process so C18th flaw.  Stunning map of a very desirable county.

The Large English Atlas was the finest county atlas produced in the 18th.Century and was the largest scale atlas produced to date. Clearly engraved in detail with views and panels of text in the areas surrounding each county describing the commerce and the state of the principal cities . Uncommon