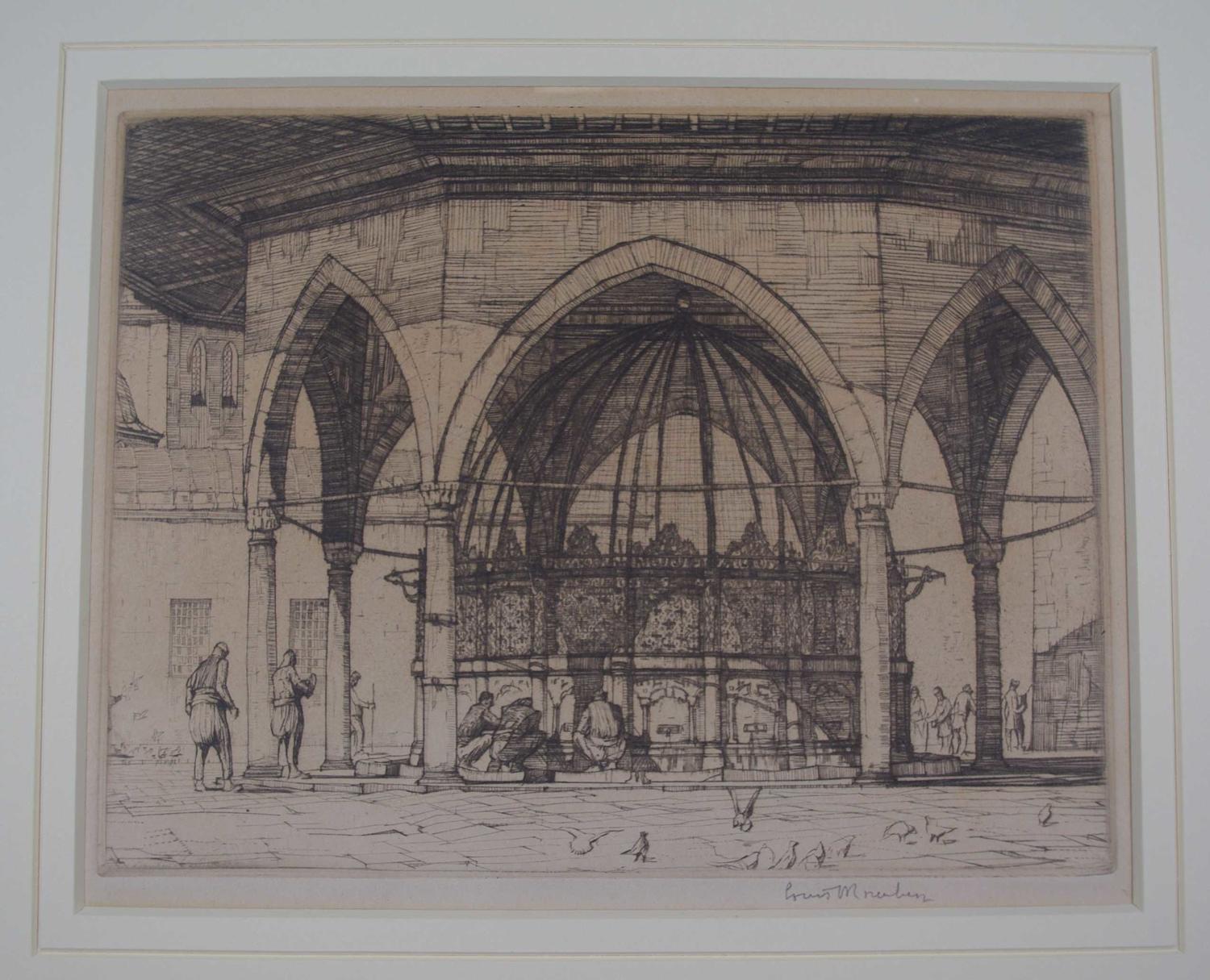 Etching by Louis Conrad Rosenburg. Overall hinged in off white hinged mount and back of conservation grade with decorative v groove : 35 cms x 33.2 cms. Etching signed in pen below image right; number 88 out of 90 below image left. 'The Fountain,'Aya Sophia' ' was written on the back of the original frame. Browning from previous poor framing mostly in the top half of the etching and line of mountburn under mount else image else strong image in very good condition. Louis Conrad Rosenburg, American trained and taught architecture. This was interrupted by the first World War when he joined the U.S. Army and served in the Camouflage Corps, 40th Engineers, A.E.F., under the command of an architect, Aymar Embury. After this gift for etching led him to turn to it professionally and in 1924 entered the Royal College of Art in London where he studied under Malcolm Osborne, A.R.A., master printmaker and director of the School of Engraving (1890-1983). He went on to win several awards for his etchings. When the Depression hit he returned to America with a commission to make construction etchings of the Cleveland Railroad Terminal. The Van Sweringen brothers were helping to finance the project and contracted Rosenberg at a fee of $2000 per plate for prints showing existing sites, demolitions, and new structures. Although this project was cut short, it resulted in other similar commissions. After the 1940s etching fell out of vogue and Rosenburg returned to architecture.