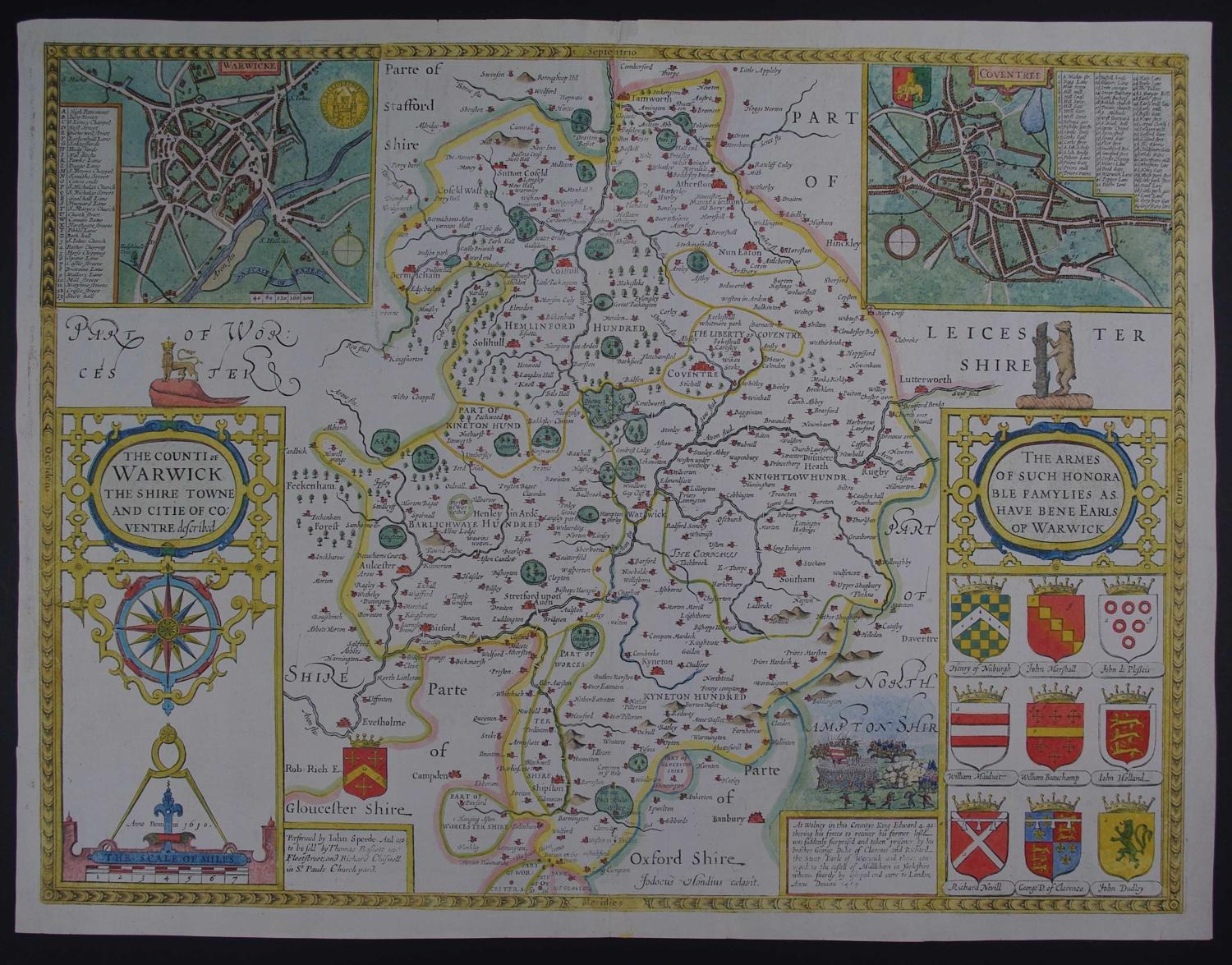 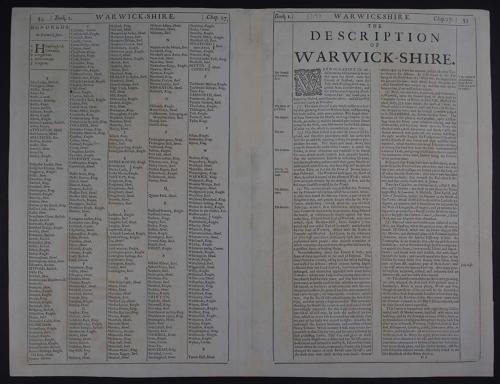 Long title: The Counti of Warwick the Shire towne and citie of Coventre described. Copper engraving with later hand colouring. Two town plans of Warwick and Coventry. Overall size : 53cms x 40.3cms. Image size : 510mm x 383mm. Title in decorative cartouche surmounted by crowned lion, compass rose beneath. Scale of distance surmounted by dividers bottom left. Nine coats of arms bottom right, battle with text bottom right. Archival strengthening of 15.4cms at centrefold on verso and 2 cms from bottom of centrefold and two similarly repaired nicks to bottom margin all unobtrusive; some blotchiness to background of Coventree town plan else very attractive map in good condition. Until his late thirties, John Speed was a tailor by trade but his passion for history and map-making led him to gain a patron in Sir Fulke Greville, the poet and statesman, who found him a post in the customs and helped subsidize his map-making, giving him "full liberty to express the inclination of my mind"". He became aquainted with the publisher William Camden