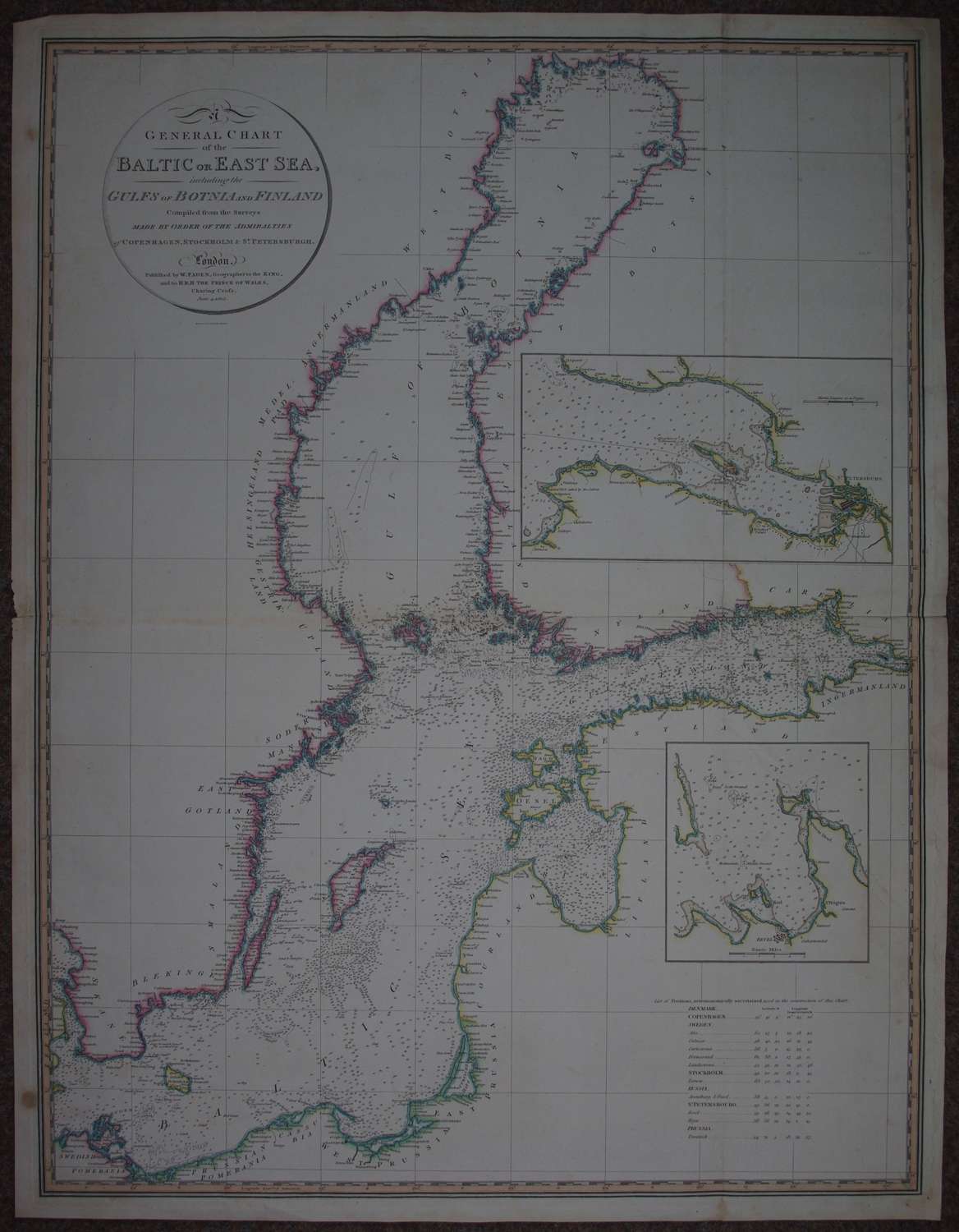 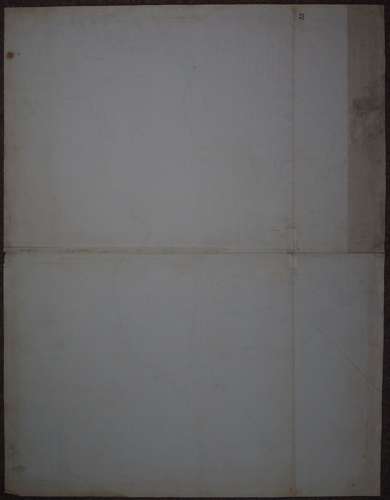 Long title: A General Chart of the Baltic or East Sea including the Gulfs of Bosnia and Finland Compiled from the Surveys made by order of the Admiralties Copenhagen, Stockholm & St Petersburgh published by W Faden, Geographer to the King and to HRH The Prince of Wales , Charing Cross .  June 4th 1803. Engraved by S.I. Neele.  The chart covers the area from Copenhagen at bottom right, to Stockholm and far into the Gulf of Bothnia.   Copper engraving with hand colouring.  Overall sheet size: 63.9cms x 82.8cms ; image size: 603mm x 793mm.  Brown spot in left margin; one edge tear bottom margin, one top; 4.5cms tear repaired on verso and additional 11cms invisible strengthening on fold; old folds as issued.  Insets of the environs of St. Petersburg and Revel.  Many soundings and great coastal detail.  Bottom right is a list of Positions, astrononomically ascertained, used in the construction of this Chart.  Very attractive and  detailed chart by one of the great mapmakers of his time and whose work is now uncommon.  Flaws mentioned else good condition.

William Faden (1749-1836) was the most prominent London mapmaker and publisher of the late-eighteenth and early nineteenth centuries. His father, William Mackfaden, was a printer who dropped the first part of his last name due to the Jacobite rising of 1745.      Apprenticed to an engraver in the Clothworkers' Company, he was made free of the Company in August of 1771. He entered into a partnership with the family of Thomas Jeffreys, a prolific and well-respected mapmaker who had recently died in 1771. This partnership lasted until 1776.      Also in 1776, Faden joined the Society of Civil Engineers, which later changed its name to the Smeatonian Society of Civil Engineers. The Smeatonians operated as an elite, yet practical, dining club and his membership led Faden to several engineering publications, including canal plans and plans of other new engineering projects.    Faden's star rose during the American Revolution, when he produced popular maps and atlases focused on the American colonies and the battles that raged within them. In 1783, just as the war ended, Faden inherited his father's estate, allowing him to fully control his business and expand it; in the same year he gained the title "Geographer in Ordinary to his Majesty."     Faden also commanded a large stock of British county maps, which made him attractive as a partner to the Ordnance Survey; he published the first Ordnance map in 1801, a map of Kent. The Admiralty also admired his work and acquired some of his plates which were re-issued as official naval charts.

Faden was renowned for his ingenuity as well as his business acumen. In 1796 he was awarded a gold medal by the Society of Arts. With his brother-in-law, the astronomer and painter John Russell, he created the first lunar globe.

After retiring in 1823 the lucrative business passed to James Wyld, a former apprentice. He died in Shepperton in 1826, leaving a large estate.