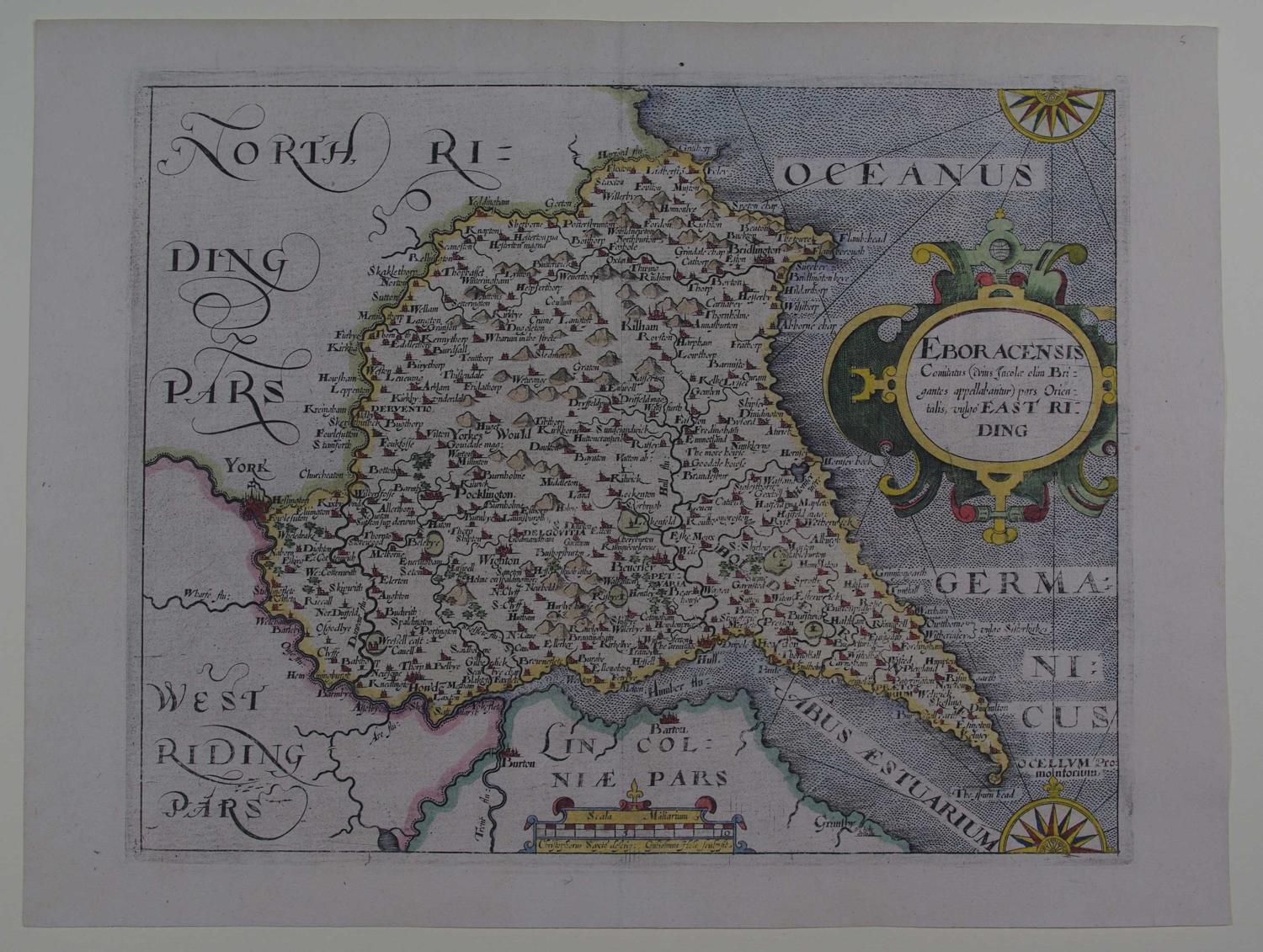 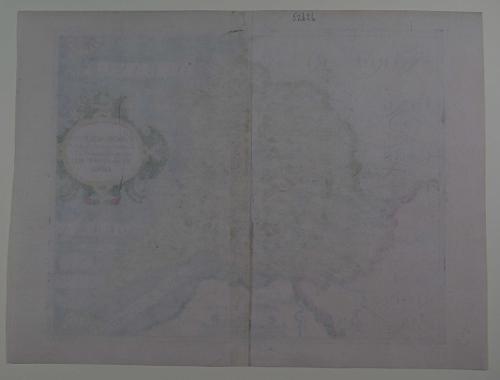 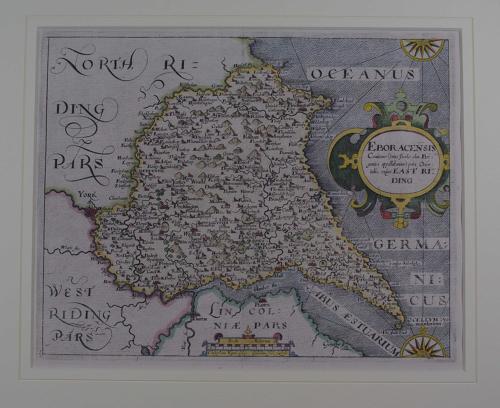 Copper engraving with later hand colouring.. Overall size in off white fully conservation grade mount and back with decorative v groove: 39.7cms x 35.7cms ; Plate size : 240mm x 192mm. Title in cartouche, compass rose, scale of distance surmounted by dividers. Watermarked paper. Very good condition. This series of maps were the first in which each county was deliniated on a separate sheet. They were prepared by William Kip and William Hole and were mainly based on those of Christopher Saxton and Norden. The first issue of these maps was in 1607 with Latin text on the back of the maps and as the paper on which they are printed is rather thin, the lettering sometimes shows through on to the front of the map. In the subsequent two editions of 1610 and 1637 the maps had no text on the back and plate numbers were added to many maps for the 1637 edition. The maps were not issued again. The layout, calligraphy and general appearance of these maps are very similar to their Saxton counterparts. They were the first to carry the new Arms of James 1st with the unicorn replacing the dragon as a supporter.