Rare. 1796 issue. Copper engraving later hand colouring. Overall size, hinged, in off white conservation grade mount and back with decorative v groove : 29.4cms.x 39.1cms. Image size : 145mm.x 231mm. More a bird's-eye perspective view of the county than a map in the strictest sense, George Bickham issued 48 of these maps of the different English counties. Between 1750 and 1754 George Bickham, a noted penman and engraver, produced a series of maps. These were an exception to the orthodox style of map-making in that they were finely engraved picturesque views of the counties from a high vantage point and annotated with the names of towns and villages where he estimated their locations to be. With no attempt at accuracy these maps are nevertheless very appealing in their idealised depiction of the 18th.Century landscape. In 1796 they were re-issued as 'A Curious Collection of Bird's-eye Views'. They are now quite rare. 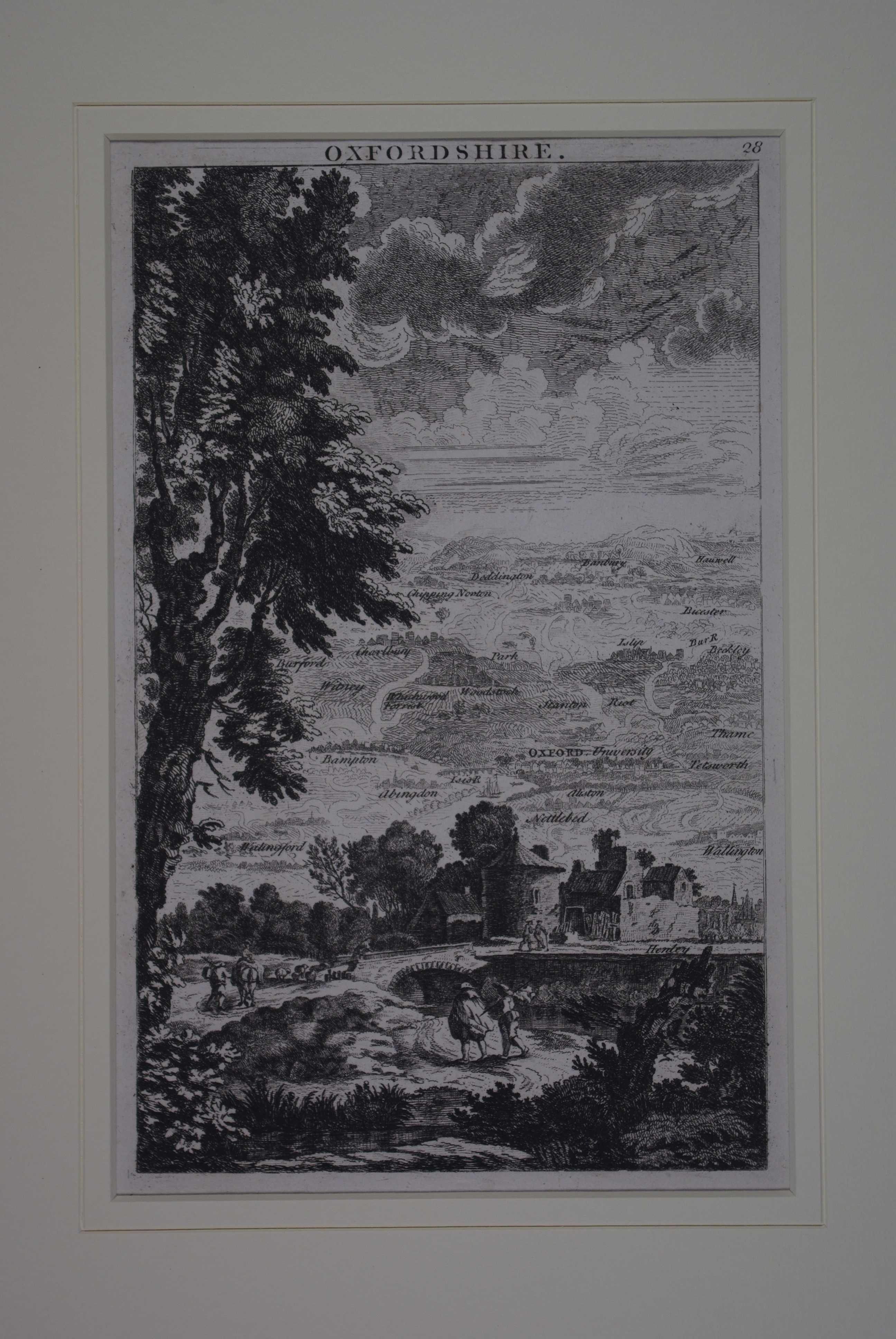