Long title:Mula Insula, quae ex Aebudarum numero una est et Lochabriae ad occasum praetenditur. The Yle of Mul which is one of the westerne Yles and lyeth over against Lochabyr. German text on verso. Copper engraving with original hand colouring.Overall sheet size: 63.2cms x 51.7cms ; image size: 533mm x 423mm. Beautifully engraved map based upon the survey of Scotland by Timothy Pont between 1583 and 1601 and revised by William Gordon for inclusion in Volume 5 of Blaeu's Atlas, beginning in 1654. The Blaeu maps of Scotland are well regarded for their spectacular ornate cartouches, employing vivid imagery. Ornnamental title-cartouche with Neptune and his trident on right. Overall toning and line of mount burn in margin ; remnants of three pieces of tape visible at top of map; on verso pp 162/161 are very browned from an old framing and the backstrip (original) appears very white; otherwise desirable early map in good condition. Translation of test onverso available on National Library of Scotland website http://maps.nls.uk/atlas/blaeu/browse/977 Willem Janszoon Blaeu (1571-1638) was the founder of the Blaeu publishing firm and established the fine reputation of Blaeu maps. In 1634 he commenced publication of the Theatrum Orbis Terrarum or Novus Atlas and on his death he was succeeded by his son Johannes (1596-1673). Johannes continuously enlarged and updated the Theatrum up to 1658, including adding a separate volume devoted to England and Wales. Later the Theatrum was expanded to form the Atlas Maior, published from 1658 to 1672 in five languages, and generally regarded as the pinnacle of atlas- publishing. The Atlas Maior finally incorporated over 650 maps usually found in superb original colour. 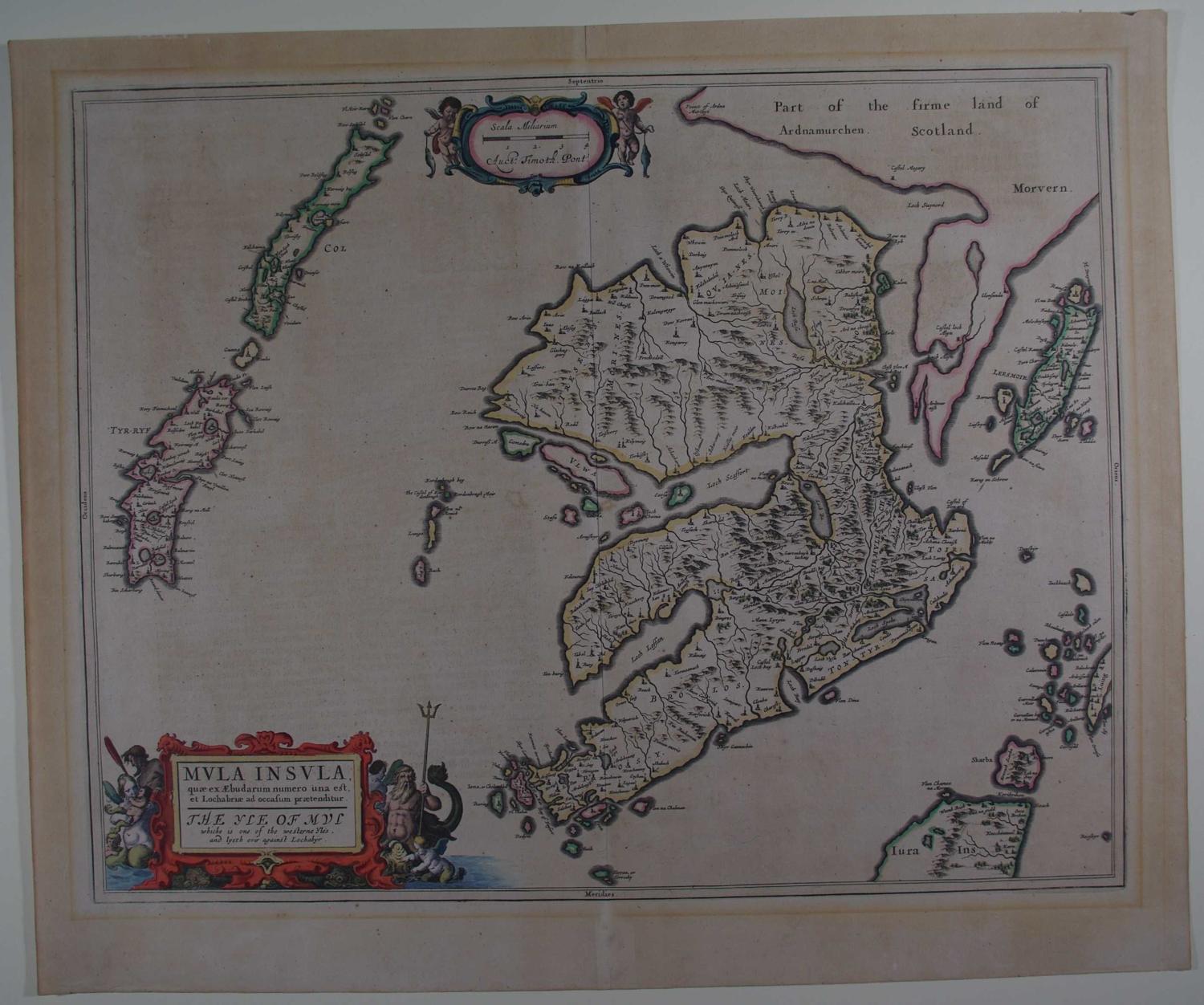 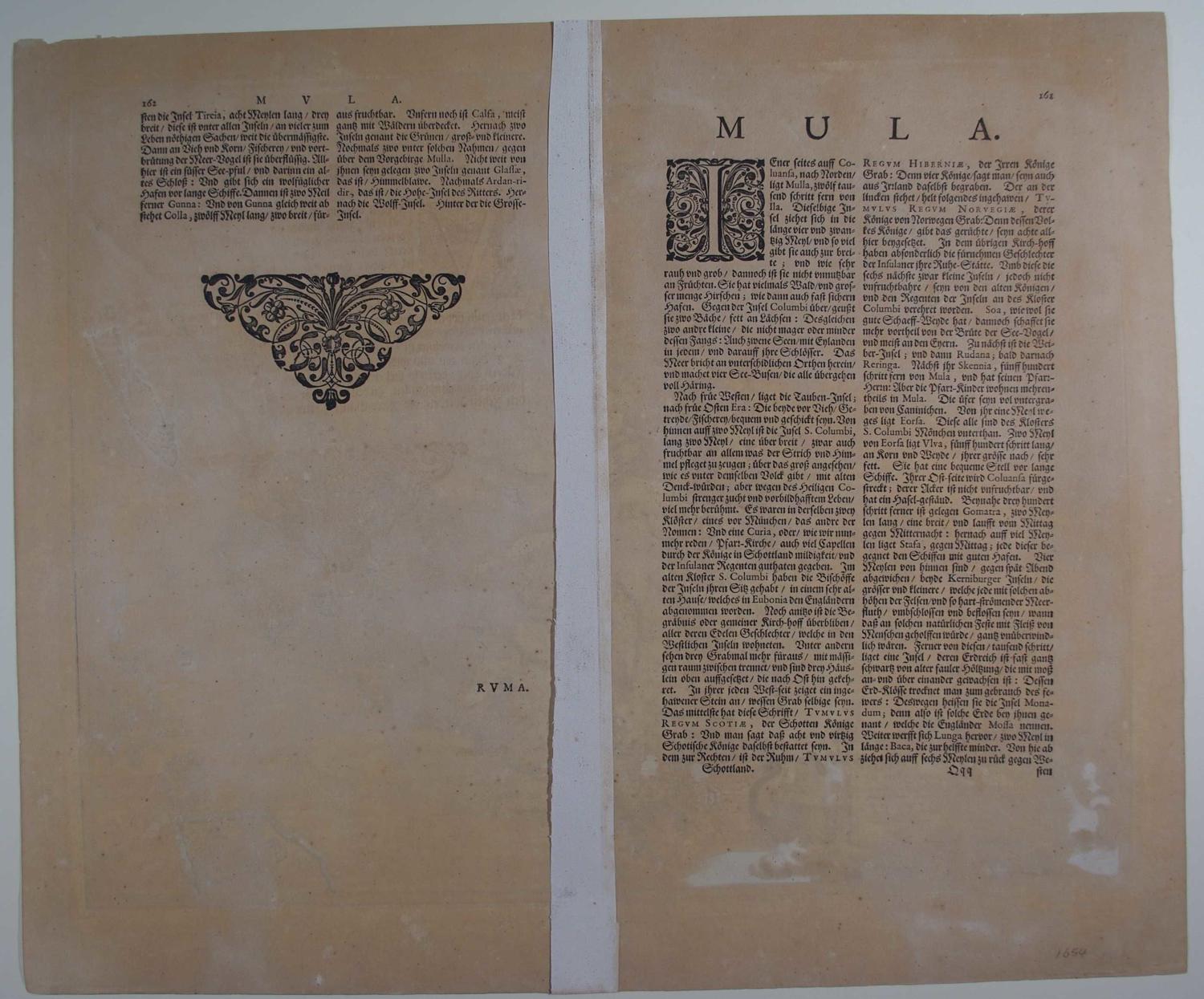