English text on verso...'to be solde in Popes-head Alley against the Exchang by George Humble'. Copper engraving with later hand colouring. English text on verso. Overall sheet size: 53cms x 41.9cms; image size: 508mm x 383mm. Inset of Harlech Castle with highly decorative scale of miles and compass bottom left. As noted on the back Speed deemed Merionethshire bereft of 'stately buildings'. He notes that the faces of the mountains, once famous for their wolves are now covered 'with fruitfull flocks of sheep, besides neate and other cattell' also that there is an 'abundance of Herrings ' caught and that people come from far and wide for them. Highly decorative map with two monsters and a sailing ship in the sea and all four corners with elaborate cartouches. Very good condition apart from one fox spot in the Montgomeryshire blank and a black smudge on the river to the left of the Publisher's cartouche (C17th flaw) else excellent. Chubb XXV. Until his late thirties, John Speed was a tailor by trade but his passion for history and map-making led him to gain a patron in Sir Fulke Greville, the poet and statesman, who found him a post in the customs and helped subsidize his map-making, giving him "full liberty to express the inclination of my mind"". He became aquainted with the publisher William Camden 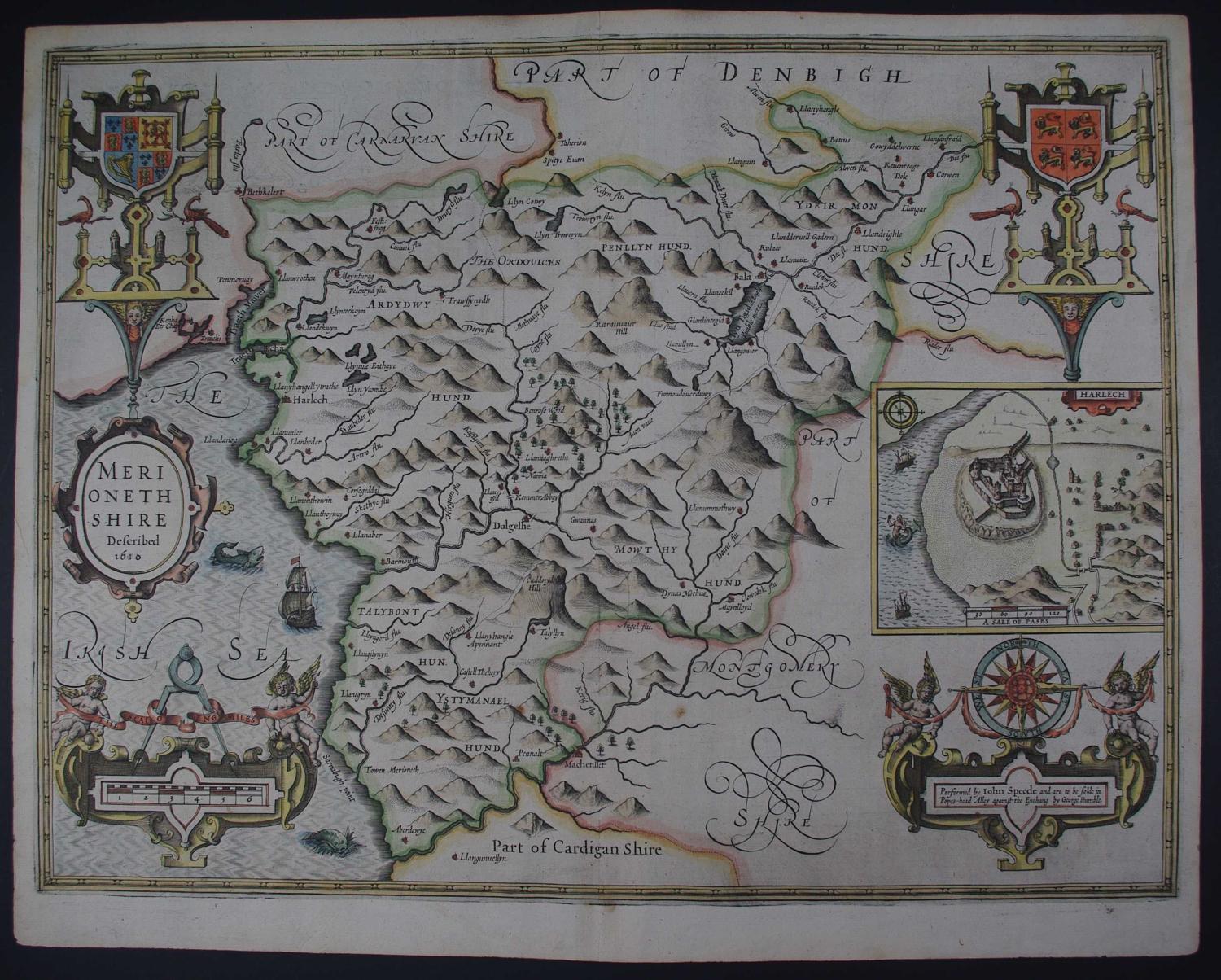 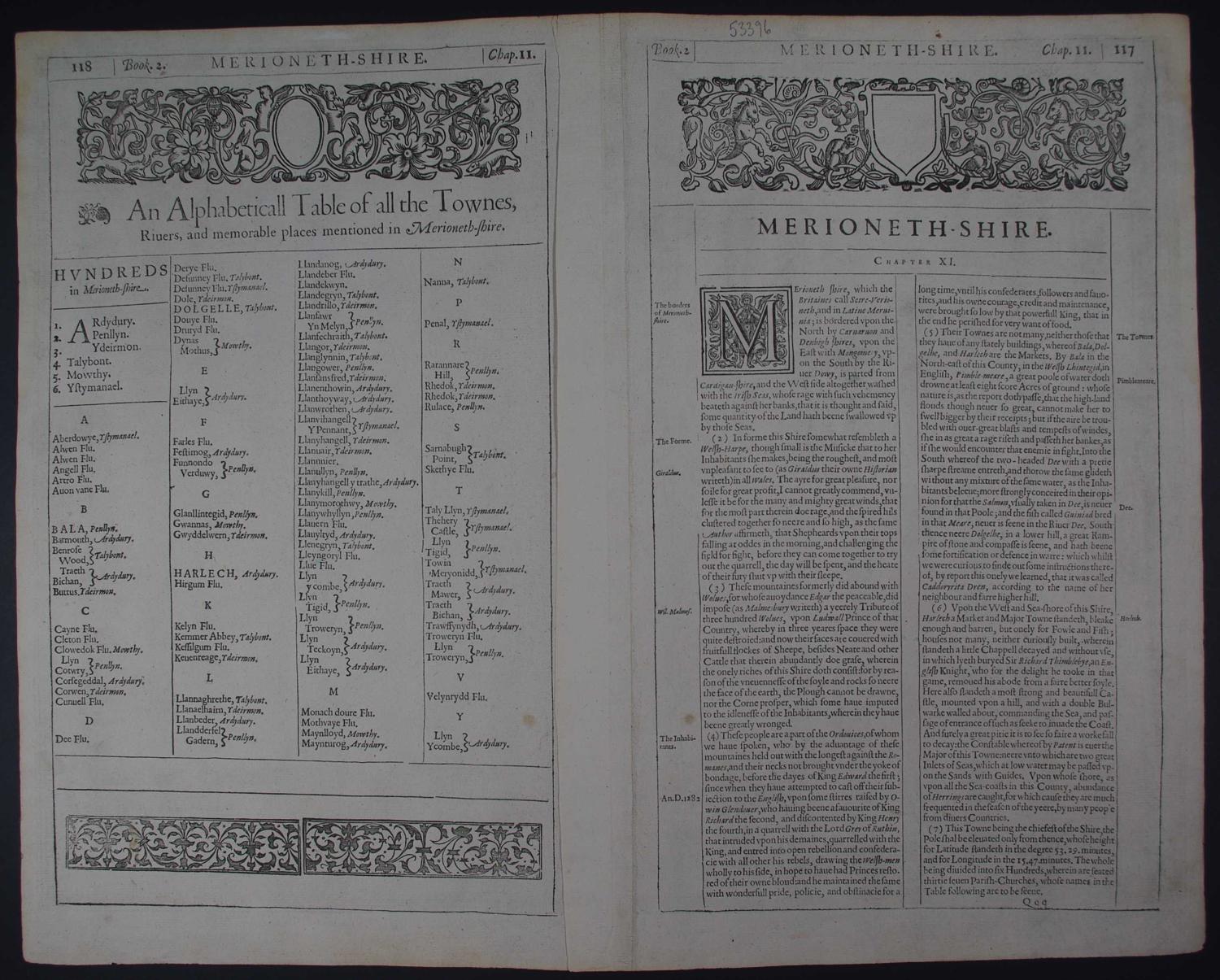