First edition.  No 22. Long title:London to Holyhead.The continuation of the road from London to Holyhead. Commencing at Towcester in Com Northton & extending to the City of Lichfield.  Containing 58 miles,0.furlongs. From Towcester to Daintre 12.2. to Dunchurch 8. to the City of Coventry 11.2 to Coleshall 11.4 & to the City of Lichfield 15. Approx. overall size : 49cms.x 44cms. Copper engraving uncoloured as issued.  Decorative cartouche.  The route is shown in six strips, mile by mile, showing every town, village, wood and milestone along the way.    Each strip has a compass rose showing north.  Very good condition - a speckling of faint foxing in margins- with extra large margins and a strong, velvety black impression as one would expect

John Ogilby is regarded by many as the most important name in British Cartography after Christopher Saxton.  He was born in Edinburgh in 1600 and led a varied life embracing many different careers. He started life as a dancing teacher and followed this with a spell as tutor to the children of the Earl of Stafford.
Next he went to Dublin where he ran a theatre successfully until the Civil War in 1641.  He nearly lost his life in the Irish troubles and returned to London destitute. After a time in Cambridge as a literary translator he found favour at Court and was responsible for organising the coronation revels.  After another sojourn in Dublin he set up business as a printer and publisher in London but this venture was destroyed in the Great Fire of London in 1666.  After the fire he was appointed one of four "sworn viewers" who were ordered to survey those parts of the city that had been destroyed, in order to establish rights of ownership. The King appointed him Royal Cosmographer and Geographic Printer.
Encouraged by the King's interest in the project Ogilby began work on Britannia, the first national road atlas (Britannia,or an Illustration of the Kingdom of England and Dominion of Wales; by a Geographical and Historical description of the Principal roads thereof.).  The first edition of 100 strip maps appeared in 1675 funded in part by a lottery organised by Ogilby. Unfortunately Ogilby died in the year of publication and so the rest of the project was never completed. He established the Statute Mile of 1,760 yards as a national unit of measurement, prior to his work there were three different mile lengths in use. 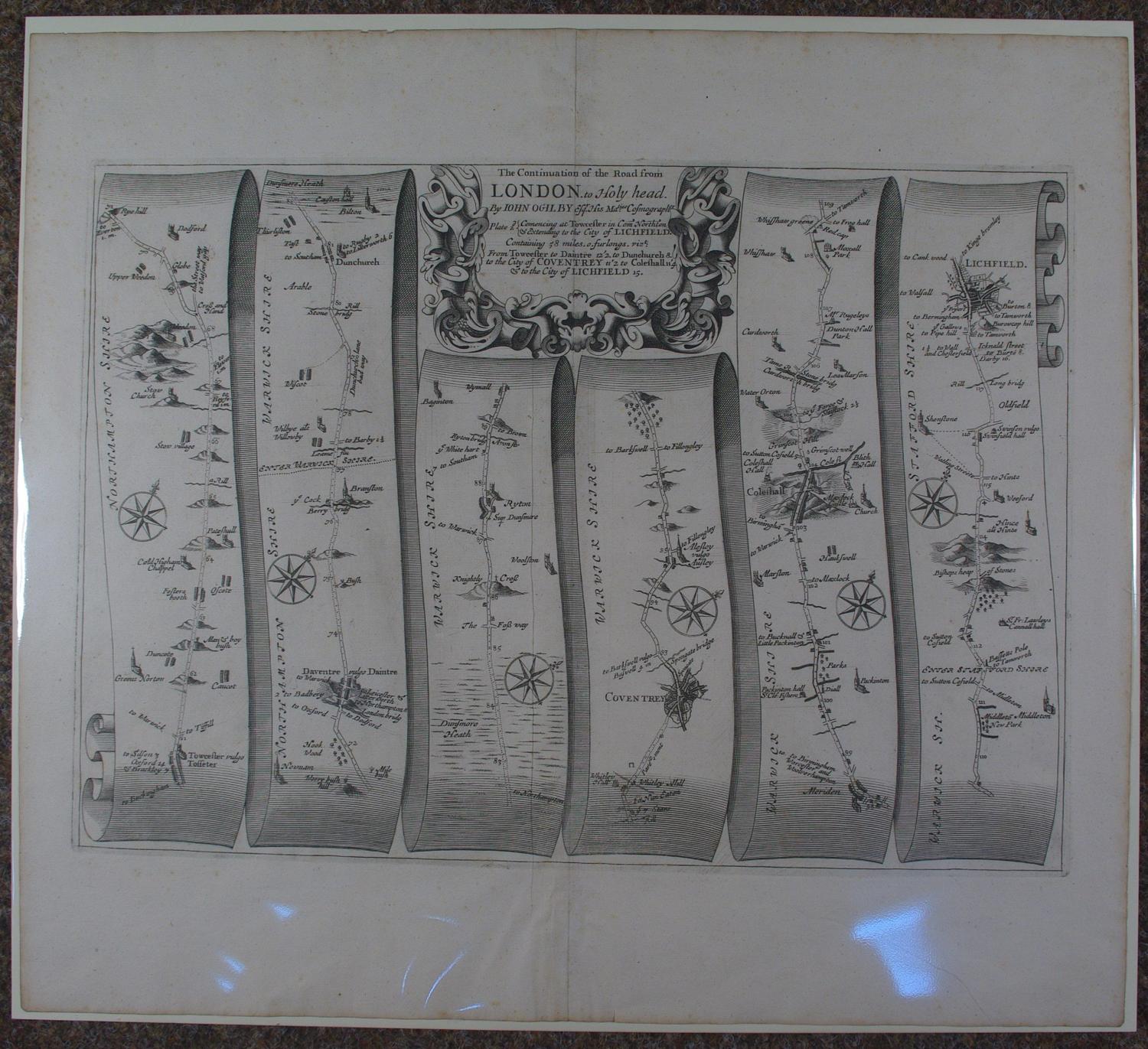 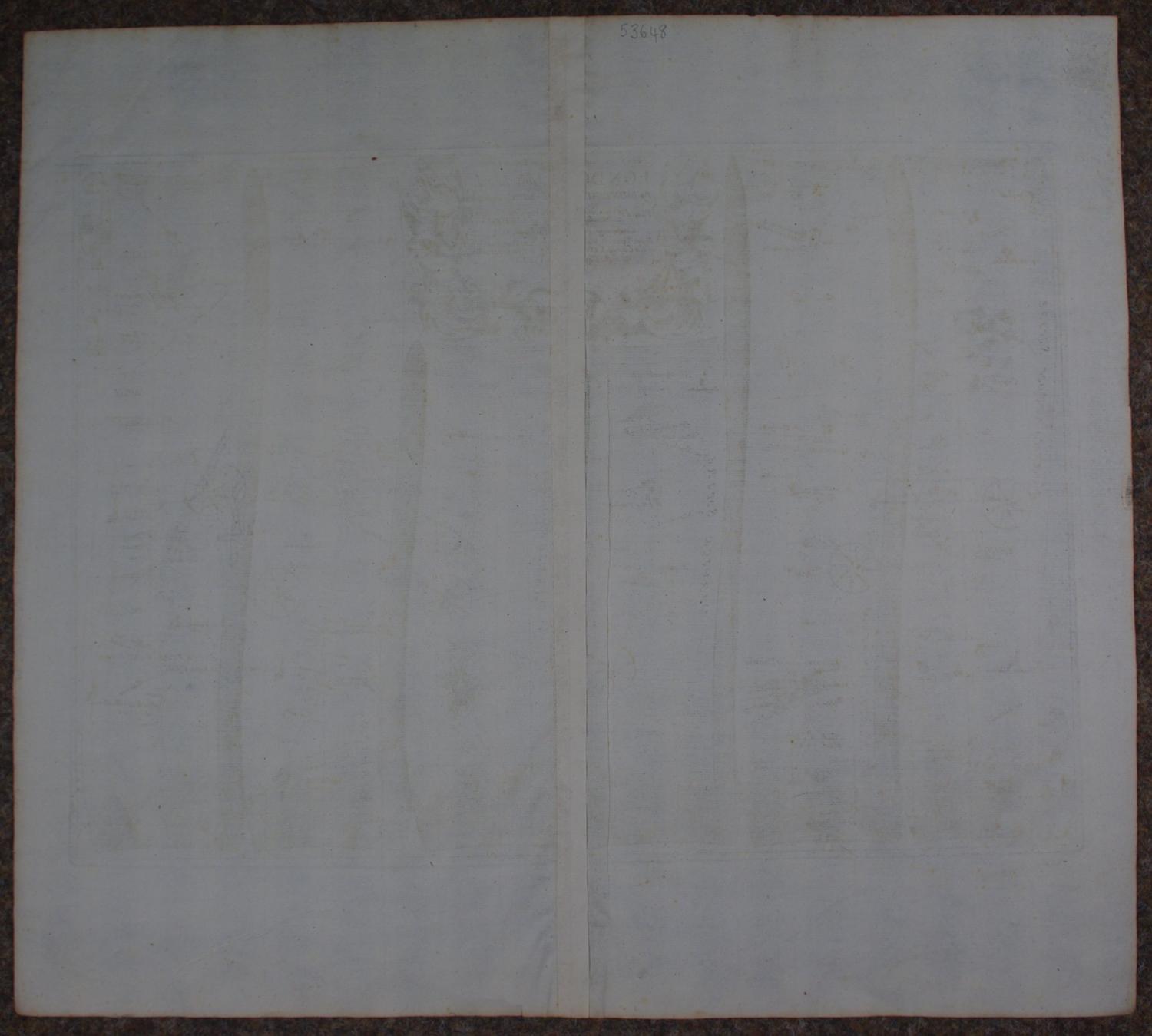