The Road from Welshpool, Montgomeryshire to Carnarvan by John Speed

No 87. Long title: The Road from Welshpool, Montgomeryshire to Carnarvan in North Wales. Containing 82 miles 2 furlongs. From Welshpool to Llanvair 8.2. to Dinas-mouthy 18.3. to Dolgethe 9.4. to Llandura 11.6. to Harlech 6.2. to Dolbenmer 12.4. & to Carnarvan 15.5.Copper engraving with later hand colouring. Overall sheet  size : 49cms.x 42.4cms. Image size:412mm x 330mm.   The route is shown in seven strips, mile by mile, showing every town, village, wood and milestone along the way.  Each strip has a compass rose showing north.  Highly decorative cartouche showing putti gambolling with horned mountain goats.  Royal coat of arms in the centre.  Fleur de lys watermark. Very good condition apart from one grey mark in the left margin. 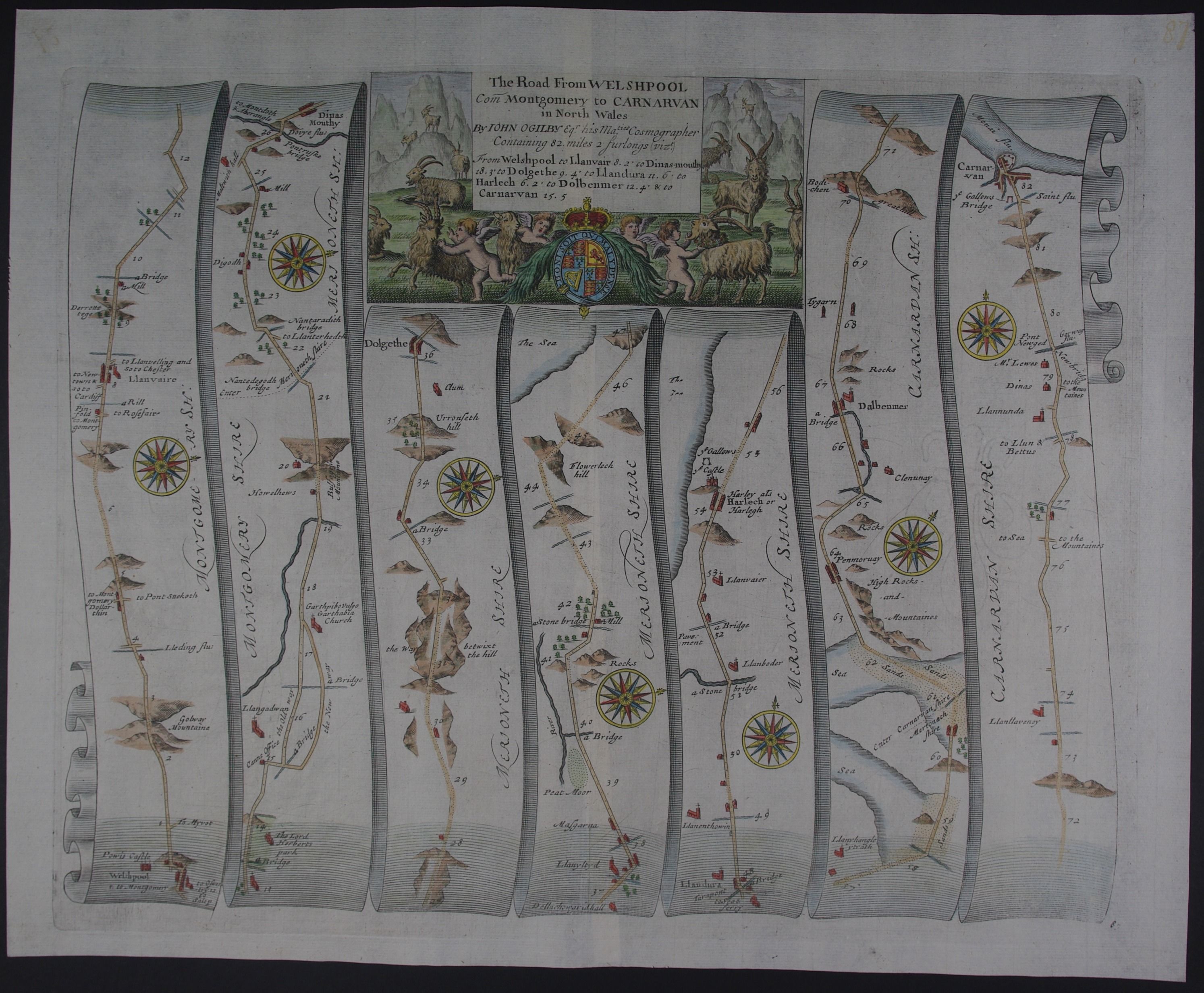 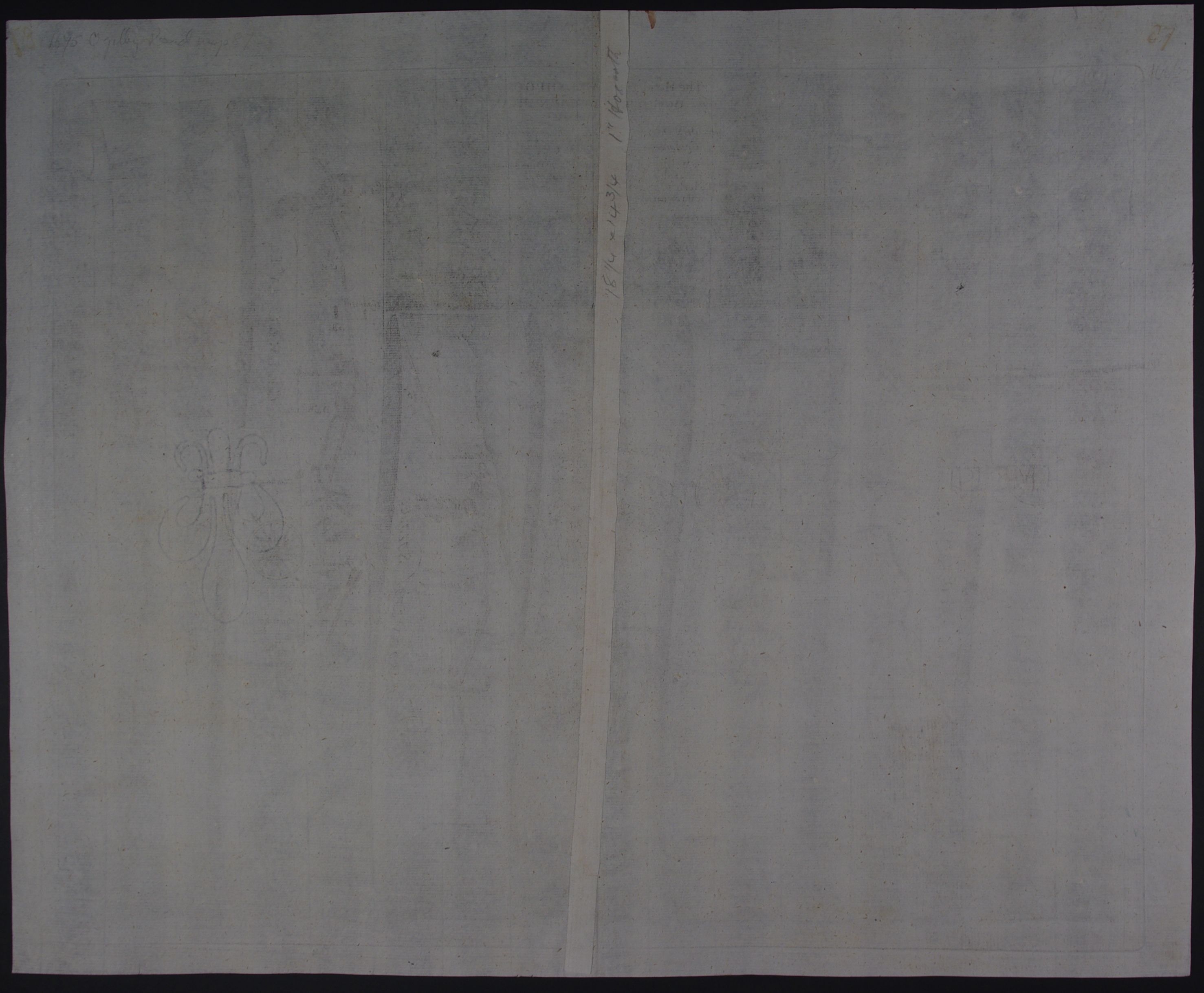